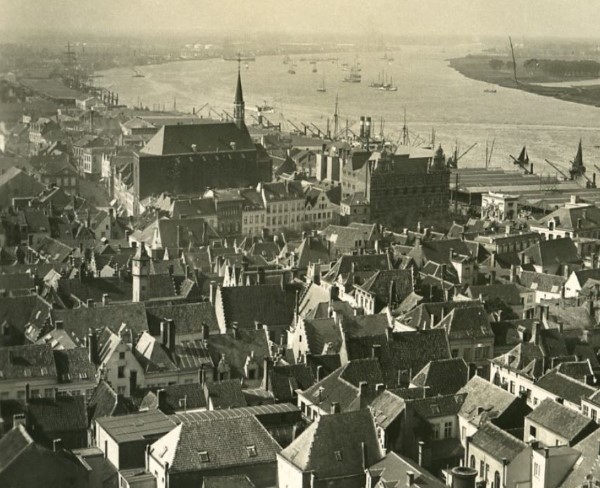 Antwerp (Antwerpen, Anvers) is a Flemish city in Belgium, the capital of Antwerp province in the state of Flanders.

Antwerp is on the River Scheldt, linked to the North Sea by the Westerschelde estuary. It is about 40 kilometres (25 mi) north from Brussels, and about 15 kilometres from the Dutch border. The Port of Antwerp is one of the biggest in the world. Antwerp was also the place of the world’s oldest stock exchange building, originally built in 1531 and re-built in 1872, it has been derelict since 1997.

Antwerp has long been an important city in the Low Countries, both economically and culturally, especially before the Spanish Fury (1576) in the Dutch Revolt. The inhabitants of Antwerp are nicknamed Sinjoren, after the Spanish honorific señor or French seigneur, “lord”, referring to the Spanish noblemen who ruled the city in the 17th century.

Today Antwerp is a major trade and cultural centre, and is the world’s second most multi-cultural city (after Amsterdam) home to 170 nationalities.

The recognition of the independence of the United Provinces by the Treaty of Münster in 1648 stipulated that the Scheldt should be closed to navigation, which destroyed Antwerp’s trading activities. This impediment remained in force until 1863, although the provisions were relaxed during French rule from 1795 to 1814, and also during the time Belgium formed part of the Kingdom of the United Netherlands (1815 to 1830). 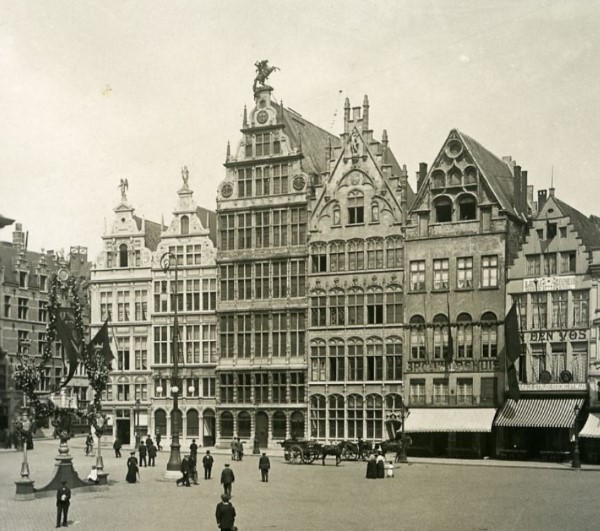 Antwerp had reached the lowest point in its fortunes in 1800, and its population had sunk to under 40,000, when Napoleon, realizing its strategic importance, assigned funds to enlarge the harbour by constructing a new dock (still named the Bonaparte Dock) and an access- lock and mole and deepening the Scheldt to allow for larger ships to approach Antwerp.

Napoleon hoped that by making Antwerp’s harbour the finest in Europe he would be able to counter the Port of London and hamper British growth. However, he was defeated at the Battle of Waterloo before he could see the plan through. 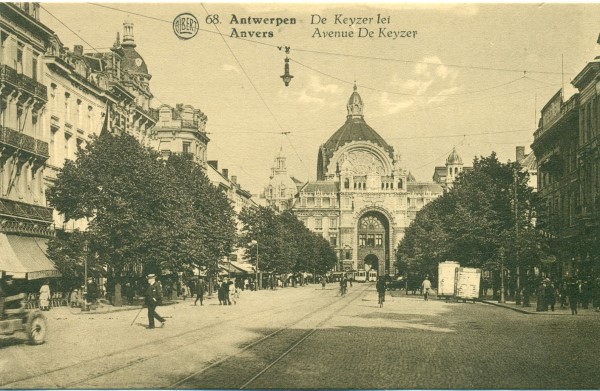 In 1830, the city was captured by the Belgian insurgents, but the citadel continued to be held by a Dutch garrison under General David Hendrik Chassé. For a time Chassé subjected the town to periodic bombardment which inflicted much damage, and at the end of 1832 the citadel itself was besieged by the French Northern Army commanded by Marechal Gerard. During this attack the town was further damaged. In December 1832, after a gallant defence, Chassé made an honourable surrender, ending the Siege of Antwerp (1832).

Later that century, a double ring of Brialmont Fortresses was constructed some 10 km (6 mi) from the city centre, as Antwerp was considered vital for the survival of the young Belgian state. And in the last decade Antwerp presented itself to the world via a World’s Fair attended by 3 million.