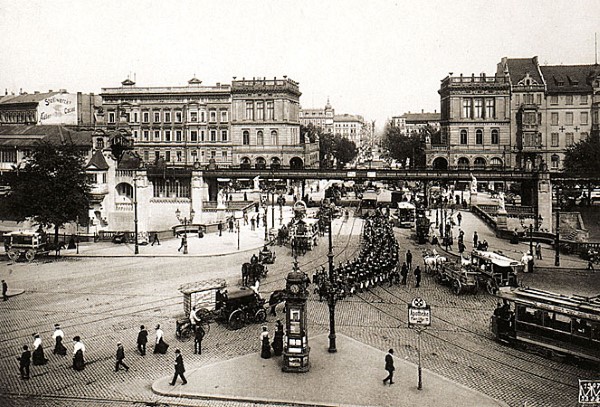 The Industrial Revolution transformed Berlin during the 19th century; the city’s economy and population expanded dramatically, and it became the main railway hub and economic centre of Germany. Additional suburbs soon developed and increased the area and population of Berlin. In 1861, neighboring suburbs including Wedding, Moabit and several others were incorporated into Berlin. In 1871, Berlin became capital of the newly founded German Empire. In 1881, it became a city district separate from Brandenburg.

In the early 20th century, Berlin had become a fertile ground for the German Expressionist movement. In fields such as architecture, painting and cinema new forms of artistic styles were invented. At the end of World War I in 1918, a republic was proclaimed by Philipp Scheidemann at the Reichstag building.