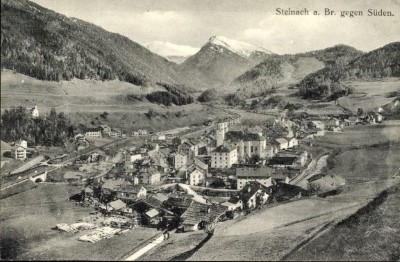 Steinach am Brenner is a market town in the district of Innsbruck-Land in the Austrian state of Tyrol located south of Innsbruck in the Wipptal at the Sill River. Steinach am Brenner is located in Wipptal, along the Sill River Valley at the junction of Gschnitz (Gschnitztal). It is run by B182 road and is 31 km south of Innsbruck and 12 km from the border with Italy. The A13 motorway, which runs the Wipptal on the western side, is on an elevated position above the village.

The first documented settlement of Steinach am Brenner dates back to 985, when the village was situated on a hill, near the Church of St. Ursula, as “Muron.” The present name is mentioned for the first time in 1220, apparently derives from “Stein ,” the many large rocks at the place. In 1349, the Court was moved permanently to Steinach from Aufenstein, placed at the entrance to the Valley of Navis, while the church depended on the Parish of Matrei am Brenner. In 1407 it was designated as a market town, than in 1574 and subsequently confirmed in 1639. Given its transit position, Steinach was a place of rest for many personalities over the years, such as Charles V, Ferdinand I (1530) and Pope Pius VI (1782). Andreas Hofer, during the Tyrolean rebellion, sometimes made his headquarters here and, on November 3, 1809, took the decision to surrender. In 1936 Steinach received its official status as market town. During the Second World War Steinach was bombed several times because of the railway line.

The church, built between 1337 and 1353, was originally a chapel dedicated to St. Erasmus, Quirino and Christopher. At the beginning of the sixteenth century under the Emperor Maximilian, was built a new church dedicated to St. Erasmus, in Baroque style designed and conducted by Franz de Paula Penz. In 1853 the Great Fire of Steinach destroyed the church too and two years later was rebuilt under the direction of Joseph von Stadl. It is characterized by an imposing facade with two towers and a Romanesque portico. The church, a parish in 1891, has a bright apse with large windows, a redundant altar and frescoed ceilings. The pipe organ was built by Orgelbau Pirchner. 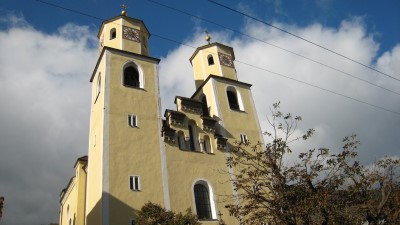 The church of St. Ursula, situated at Mauern, is mentioned in 985 as the oldest of the place and still preserves the ancient Roman structure. The interior underwent a renovation in 1678 transforming the altar in late Gothic style. Near the church was the original cemetery then transferred to Steinach in 1483.

The church of St. Ulrich, situated in the village of Tienzens, once under the diocese of Augsburg, was built in 1306 and renovated in 1732 in baroque style. 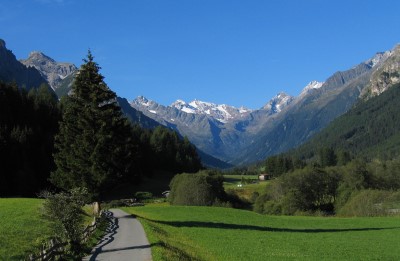