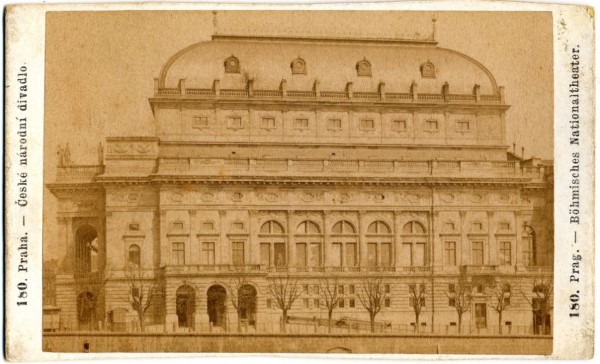 This theatre is the embodiment of the will of the Czech nation for its national identity and independence. Collections of money among the broad masses of the people facilitated its construction, and so the ceremonious laying of the foundation stone on 16-05-1868, was tantamount to an all-state political demonstration.

But the idea of building a dignified edifice to serve as a theatre matured in the autumn of 1844 at the gatherings of patriots in Prague and began to be implemented by an application submitted by František Palacký to the Provincial Committee of the Czech Assembly on 29-01-1845, having requested “the privilege of constructing, furnishing, maintaining and managing” of an independent Czech theatre.

The privilege was granted in 04-1845. But it was not until six years later 04-1851) that the founding Society for the Establishment of a Czech National Theatre in Prague made the first public appeal to start a collection.

A year later the proceeds went toward the purchase of land belonging to a former salt works covering an area of not quite 28 acres (11 ha) which determined the magnificent site of the theatre on the banks of the river Vltava facing the panorama of Prague Castle, but at the same time the cramped area and trapezium shape posed challenging problems for the designers of the building. 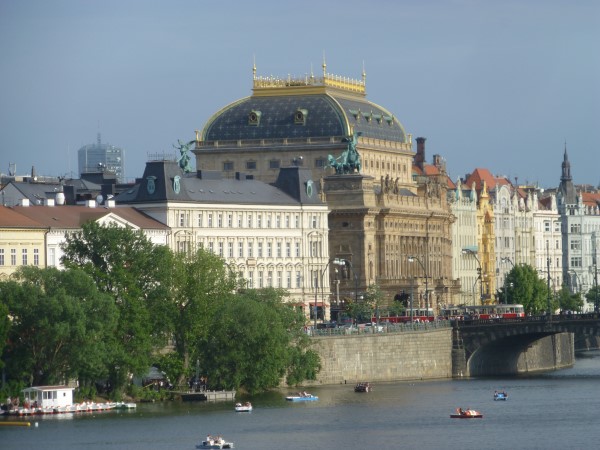 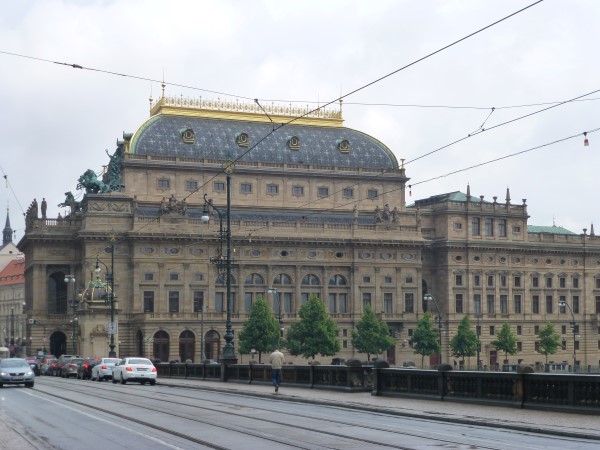 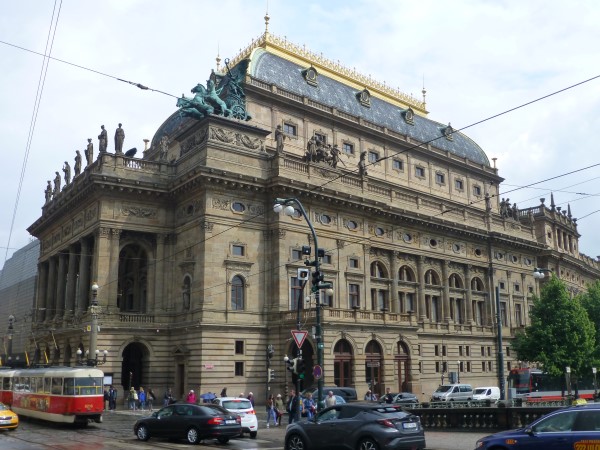 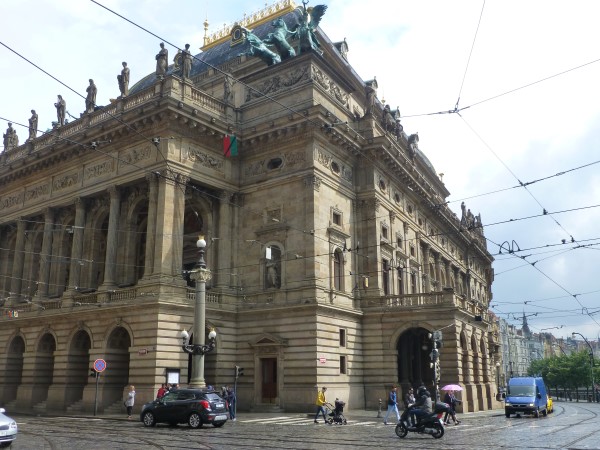 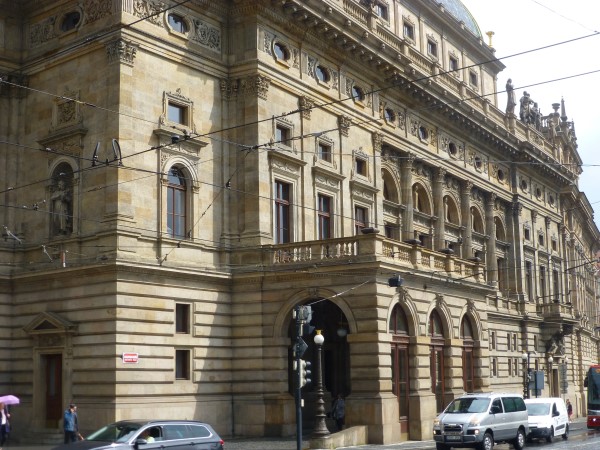 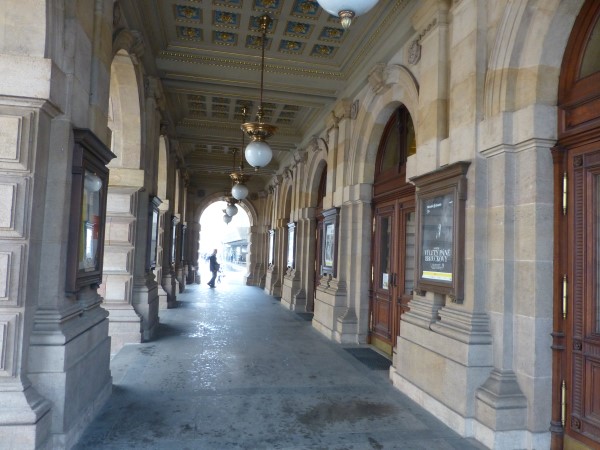 The era of von Bach absolutism brought to a halt preparations for the envisaged theatre and supported the concept of a modest provisional building, which was erected on the south side of the theatre parcel by architect Ignac Ullmann and opened on 18-11-1862.

Simultaneously with the realization of this minimal programme asserted by F.L. Rieger and the Provincial Committee, the young progressive advocates of the original ambitious concept of the building (Sladkovský, Tyrš, Neruda, Hálek) launched an offensive. In 1865 these men attained leading positions in the Society and requested the 33-year-old professor of civil engineering at the Prague Technical College, architect Josef Zítek, to draft a design for the National Theatre. 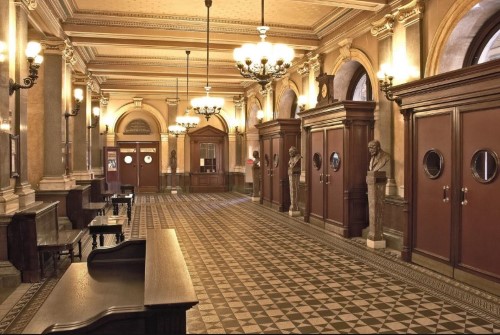 He then came out on top in a later-declared open competition, and in 1867 construction work began. On 16-05-1868, the foundation stone was laid, and in November the foundations were completed. In 1875 the new building reached its full height and in 1877 the theatre was roofed over. As of 1873 there was an ongoing competition for the interior decoration of the building, the scenario of which had been elaborated by a special commission under the leadership of Sladkovský. On the one hand, the themes were in the spirit of the Neo-Renaissance concept of a classic building.

On the other hand, they were inspired by the current enthusiasm for Slavonic mythology and the stories of the Manuscripts; both of these concepts were based on Josef Mánes’ paintings and connected with the contemporary style of romantic landscape painting (also linked to Czech history). They provided the fundamental ideology guiding artistic expression, which today is described as the art of the generation of the National Theatre. 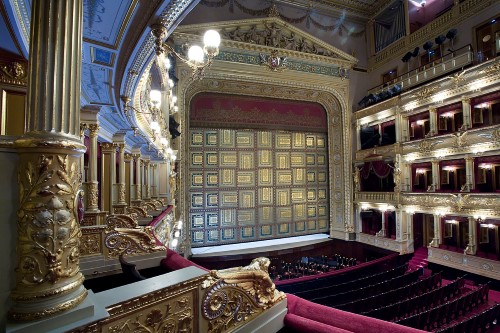 The theatre includes a triga (a three-horse quadriga) and 10 exterior allegorical sculptures by Bohuslav Schnirch, 10 more exterior pieces by Antonín Wagner, the stone pieces by Max Verich and an interior sculpted pediment group over the proscenium arch by Schnirch.

The National Theatre was opened for the first time on 11-06-1881, to honour the visit of Crown Prince Rudolf of Austria. Bedrich Smetana (1824-1884)‘S opera Libuše was given its world premiere, conducted by Adolf ?ech. Another 11 performances were presented after that. 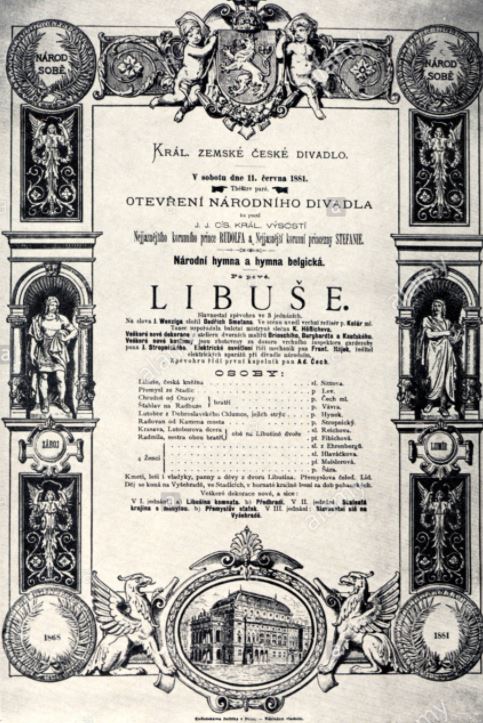 Then the theatre was closed down to enable the completion of the finishing touches. While this work was under way a fire broke out on 12-08-1881, which destroyed the copper dome, the auditorium and the stage of the theatre.

The fire was seen as a national catastrophe and was met with a mighty wave of determination to take up a new collection: Within 47 days a million guldens were collected.

This national enthusiasm, however, did not correspond to the behind-the-scenes battles that flared up following the catastrophe. Architect Josef Zítek was no longer in the running, and his pupil architect Josef Schulz was summoned to work on the reconstruction. He was the one to assert the expansion of the edifice to include the block of flats belonging to Dr. Polák that was situated behind the building of the Provisional Theatre.

He made this building a part of the National Theatre and simultaneously changed somewhat the area of the auditorium to improve visibility. He did, however, take into account with utmost sensitivity the style of Zítek’s design, and so he managed to merge three buildings by various architects to form an absolute unity of style.