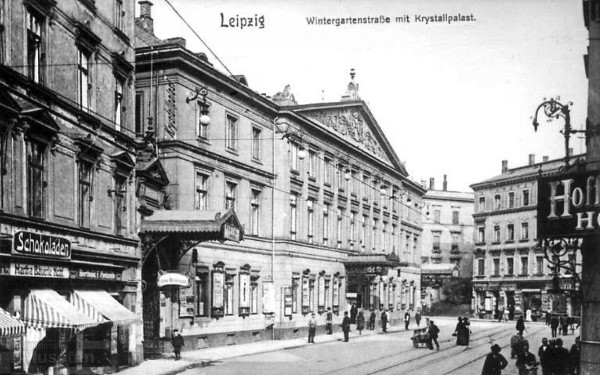 The Krystallpalast (Crystal Palace) was an amusement center in Leipzig for over 60 years. It was considered the largest of its kind in Germany. The centerpiece of the building was a building made of glass and iron only, with a hall which was mainly used for variety shows, which is why the Palace of the Crystal Palace was often spoken of. A center cupola construction, the Albert Hall (Alberthalle), had over 3,000 seats.

The entire complex of the Crystal Palace, which, in its splendid times, contained 15,000 persons in its various rooms, restaurants, bars, cafés, salons and beer gardens. 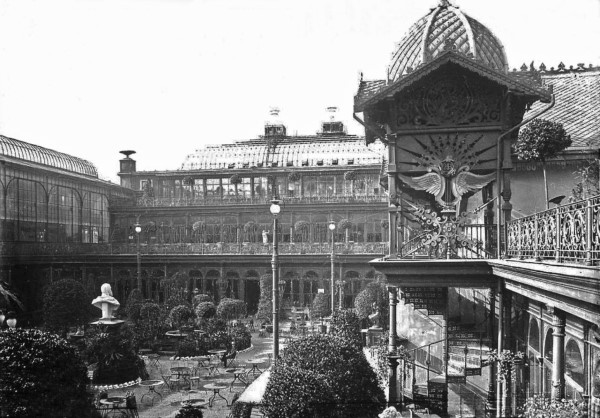 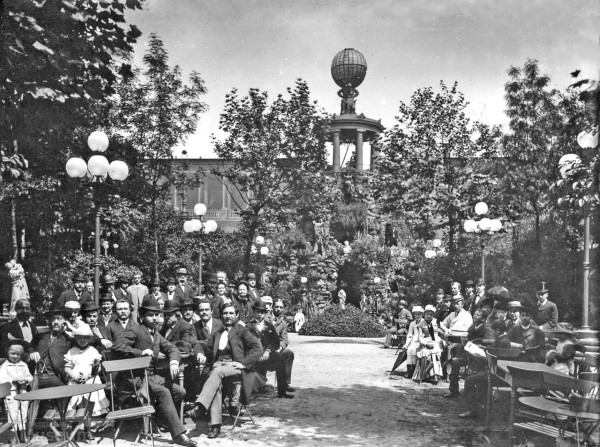 In 1809, the art-gardener Christian August Breitner acquired a plot of land north-east of the town, next to the Georgen-Vorwerk, and set up a winter garden with botanical rarities, whose visit could be connected with the visit of a gastronomic establishment from 1815 onwards. In the rear part of the property, architect Albert Geutebrueck erected a shooting-house for the Leipziger Schützengilde in 1833/34, to which the shooting range was attached. The street, which was built over the “Wintergarten” grounds to the Schützenhaus, received the name Wintergartenstrasse in 1855.

In 1847 the former Oberkellner from the Hôtel de Saxe Carl Hofmann bought the first gastronomic part. This established a lively amusement factory and built a sumptuously decorated festive hall, in which Johann Strauss also performed with his orchestra. The house was also an important meeting place for the city. On April 25, 1863, some 80 participants founded the Saxon Progressive Association, laying the foundations for the liberal party in Saxony. In 1865 the founding of the founding congress of the General German Women’s Association and the foundation meeting of the book printing association (since 1891 association of the German book printers) took place.

After the shooting ranges had already been moved, in 1868 the Schützenverein moved into its newly built Schützenhaus on the Frankfurter Wiesen, and Hofmann was able to spread further. A large restaurant was built in the so-called Trianongarten with numerous phantasy buildings. So there was a large fountain, an open-air concert hall in shell form, a hall of fame, a castle and a Drachenfels with a viewpoint. Huge parties were celebrated. Crowned heads also visited the establishment, in 1872 the Saxon King John and in 1876 Kaiser Wilhelm.
In 1878 Robert Kühnrich took over the management. His merit is the introduction of early morning concerts. At Whitsun 1881, a large part of the plant burnt down in a fireworks, and Kiihnrich went into insolvency.

A new entrepreneur quickly found his way to a Leipzig bank, Eduard Berthold. He was built by the architect Carl Planer 1881/82 as an iron-glass construction, which was presented for the first time at the London exhibition in 1851 as Crystal Palace and was admired at the world exhibition Paris 1867 as glass palaces for national pavilions.

A whole complex of glass and iron was created. The latter came from the Queen Mary Lodge. The center was a theater hall for 800 visitors, around which were grouped several wintergardens, exhibition halls, restaurants and social rooms. The Crystal Palace was the largest amusement park in Germany. The old Geutebrückbau to Wintergartenstrasse had been preserved.

The Crystal Palace was such a success that an expansion could soon be thought of. 1886/1887 a dome building with 46 meters of span, the “Alberthalle”, named after the Saxon king, was built according to the designs of the architect Arwed Roßbach. The Alberthalle allowed the circus, the theater, the concert and the vaudeville in a great style. Depending on the performance, she had between 3000 and 3500 seats.

At first, the hall was mainly used for circus events. The circus Renz had its headquarters there as well as others: Herzog, Schumann, Busch, Corty-Althoff. There were film events, concerts and variety programs. In 1918, the hall was converted into a film theater with 1360 seats. 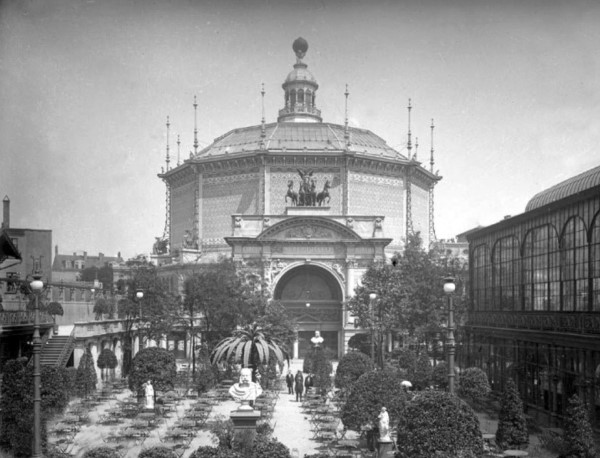 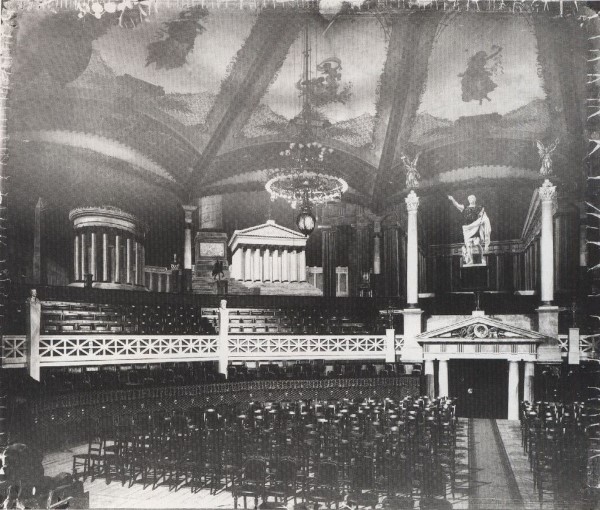 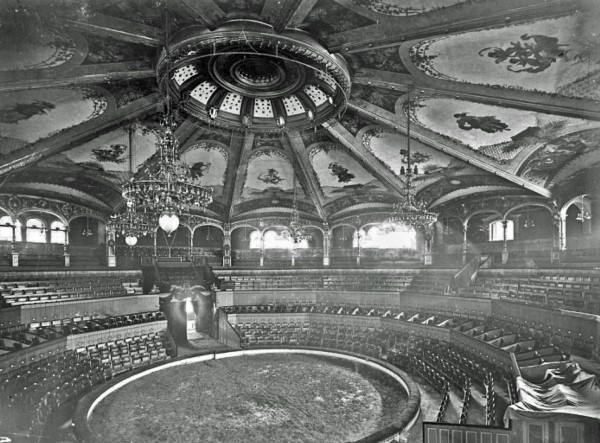 In the Alberthalle and other rooms of the Kristallpalast, almost all the important entertainers of the time were present: Clowns Grock and the Three Rivels, the juggler Enrico Rastelli, and the dancer Josephine Baker. Otto Reutter earned his first debts here, and Benjamin Gigli or the Don Cossacks gave concerts, not to mention the native Crystal Palace singers.

But not only the light muse was at home in the Crystal Palace. For example, on February 25, 1898, the premiere of Frank Wedekind’s drama “Erdgeist” took place in the theater hall. Wedekind himself played the male lead role. On December 31, 1918, Arthur Nikisch conducted the 9th Symphony of Ludwig van Beethoven in front of the workers and thus established the tradition of New Year’s Eve concerts.

The Alberthalle of the Kristallpalast was several times the venue for the three-city gymnastics Berlin-Hamburg-Leipzig. In one of the heaviest bomb attacks on Leipzig on December 4, 1943, the buildings of the Crystal Palace were completely destroyed.