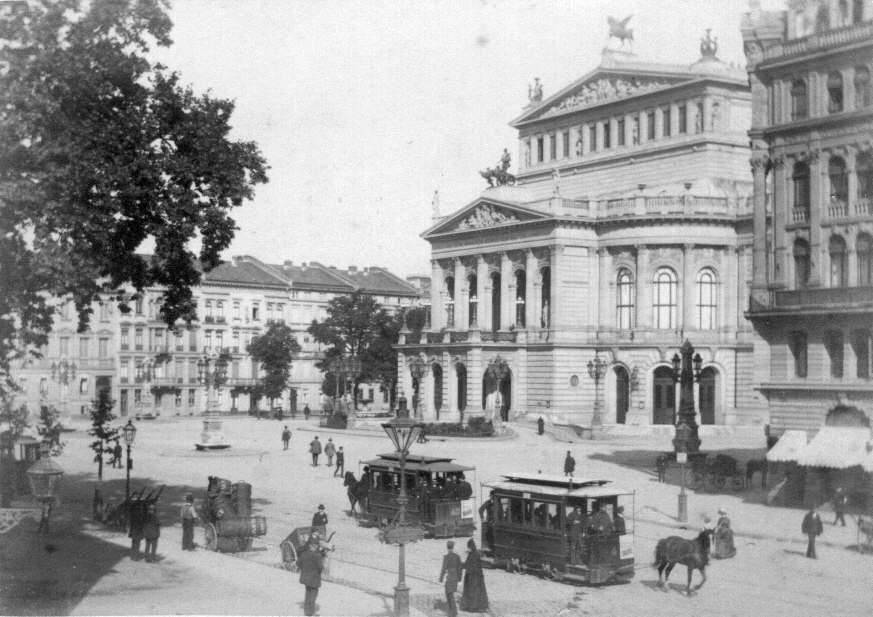 The square in front of the building is known as Opernplatz (Opera Square). The Alte Oper is located in the inner city district, Innenstadt, within the banking district Bankenviertel. Frankfurt Opera is now in a modern building nearby, completed in 1951, which it shares with a theatre company. 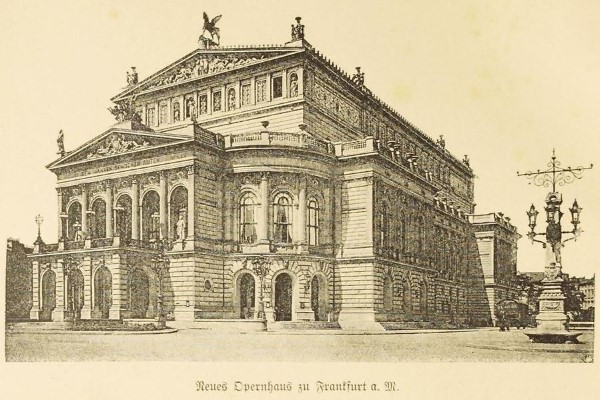 The building was designed by the Berlin architect Richard Lucae, financed by the citizens of Frankfurt and built by Philipp Holzmann. Construction began in 1873. It opened on October 20, 1880. Among the guests was Kaiser Wilhelm I of Germany, who was impressed and said: Das könnte ich mir in Berlin nicht erlauben. (I couldn’t permit myself this sort of thing in Berlin.)

The Alte Oper was almost completely destroyed by bombs during World War II in 1944 (only some of the outside walls and façades survived). In the 1960s the city magistrate planned to build a modern office building on the site. The then Minister of Economy in Hessen Rudi Arndt, earned the nickname “Dynamit-Rudi” (Dynamite Rudi) when he proposed to blow up “Germany’s most beautiful ruin” with “a little dynamite”. Arndt later said that this was not meant seriously. 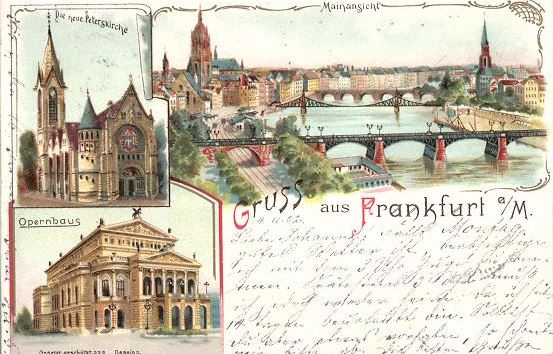 A citizen’s initiative campaigned for reconstruction funds after 1953 and collected 15 million DM. It ended costing c. DM 160, and the building was reopened on August 28, 1981, to the sounds of Gustav Mahler’s Symphony No. 8, the “Symphony of a Thousand”. A live recording of that concert conducted by Michael Gielen is available. 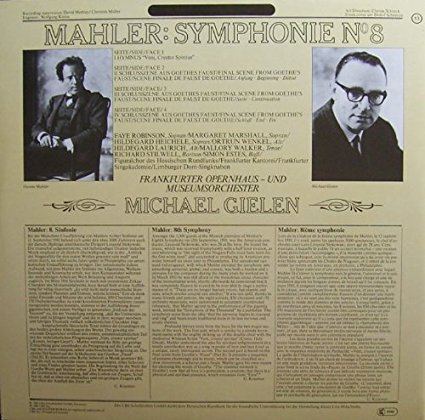 The Alte Oper has: