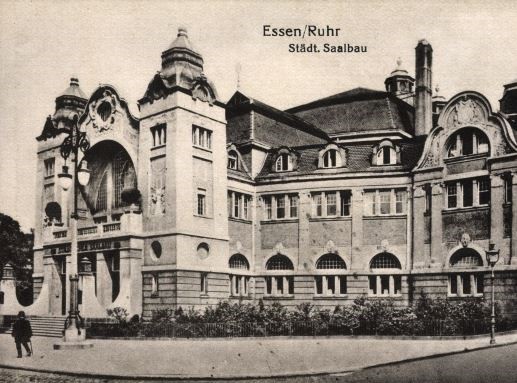 A first concert and event venue at the same place, the so-called Stadtgartensaal, was already completed in 1864. The initiative to build such a structure, the acquisition of land and the financing, was based on private, civic engagement. In a half-timbered building, a large festal hall was built, supplemented by a simple restoration building in solid construction.

In 1901, the town hall was torn down and a much more spacious and prestigious concert hall was erected on the same site – the first hall building. The town councilor and Essen entrepreneur Richard Bömke, in particular, has made a special contribution to this, whereupon he was appointed as a commercial councilor. The building was built according to a two-stage architectural competition, from which the joint design of the architects Skjøld Neckelmann (Stuttgart) and Carl Nordmann (Essen) was designed. The foundation was laid on June 9, 1902. On the occasion of the solemn inauguration on September 24, 1904, Strauss directed. The architecture of the building was clearly influenced by the art of the Jugendstil.

The Hallbau was repeatedly the site of remarkable musical performances. For instance, Gustav Mahler conducted the premiere of his 6th symphony in the framework of the 42nd Tonkunstlerversammlung of the General German Music Society in 1906, followed by Max Reger in 1913 with the premiere of his Böcklin Suite. The hall construction lasted until July 26th, 1943, when almost all of Essen’s inner city, including the hall building, suffered severe damage during a bomb attack. 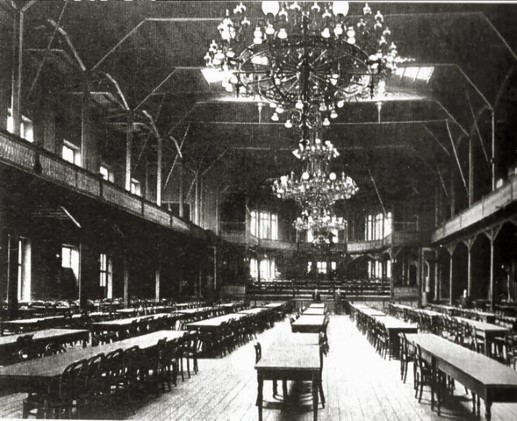 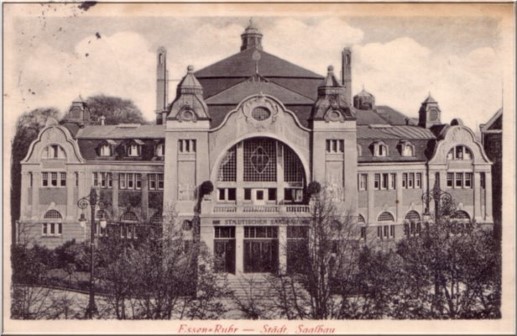 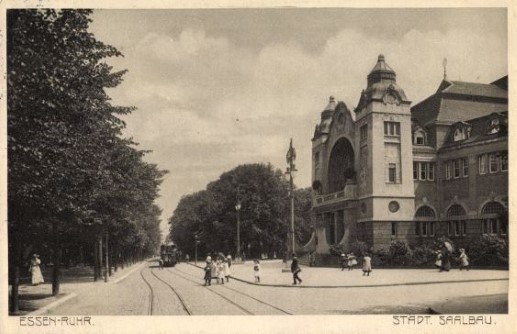 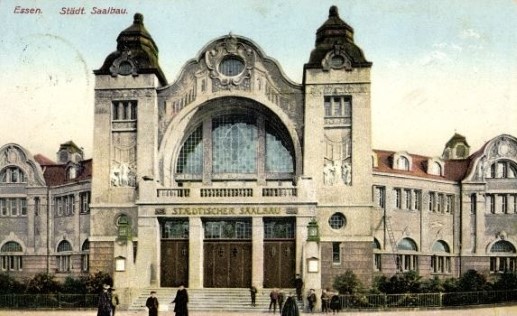