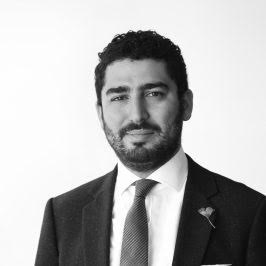 Mena Mark Hanna was Founding Dean of the Barenboim-Said Akademie and is currently Professor of Musicology and Composition. He received his Ph.D. from Merton College, Oxford, where he studied musicology and music composition. Prior to coming to Berlin, Hanna was assistant artistic director and dramaturg at Houston Grand Opera and visiting scholar in musicology at Rice University’s Shepherd School of Music.

Hanna’s research and teaching interests include Middle Eastern chant; music of the 20th and 21st centuries; post-colonialism, music pedagogy, and performance traditions; and composition and electronic music. Recent lectures and publications include “A Horribly Discordant Noise: The Problem of Colonization in Classical Music” in Aula Mediterrània n.98 of the European Institute of the Mediterranean; “A Home for the Bewildered: the Paradox of Concert Hall and Heterotopia” given at the Barenboim-Said Akademie; “The Conversation by Music: from Divided Past to Unified Tomorrow” given at the Gyeonggi Arts Center, South Korea; “How Early Can You Go? Coptic Chant in Western Transcription” in the Journal of the ISOCM, Volume 3; and “Music and the Religious Imagination” in Religious Imaginations: How Narratives of Faith are Shaping Today’s World (The Gingko Library: London, 2019).

He is a recipient of Temple University’s inaugural Honors Distinguished Alumni Award and the Marshall Scholarship. His compositions have been premiered at the Fondation Royaumont, the Darmstadt New Music Festival, and ISCM World Music Days, and performed by Ensemble Linea, Les Cris de Paris, the Cygnus Ensemble, and the Momenta Quartet. Hanna is curator of the Edward W. Said Days at the Barenboim-Said Akademie; he serves as Trustee of the Gingko Library in London and is on the advisory boards of the Mahler Foundation and the Time In Children’s Art Initiative in New York.