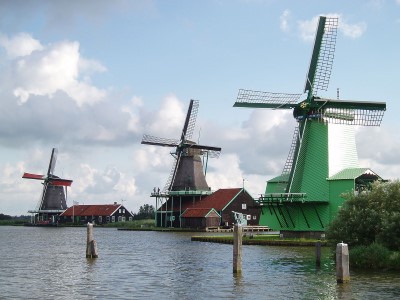 Zaandam (formerly called Saenredam) and the surrounding Zaan River region, called the Zaanstreek, have a history that is intimately connected with industry. In the Golden Age, Zaandam served as a large milling center. Thousands of windmills powered saws that were processing Scandinavian wood for the shipbuilding and paper industries. Zaandam was a leading city in the first Industrial Revolution. Into the second half of the 20th century, Zaandam was still an important lumber port.

In 1697 the czar Peter I of Russia spent some time in Zaandam, studying shipbuilding. The house where he stayed is preserved as a museum, the Czar Peter House. In 1871 the impressionist painter Claude Monet lived for half a year in Zaandam and made 25 paintings of the area, including Bateaux en Hollande pres de Zaandam and A windmill at Zaandam.