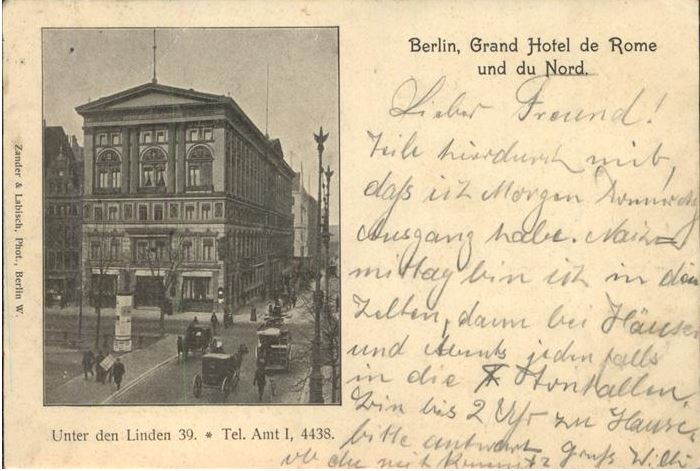 In 1775 the Hotel Ville de Rome, later Rome, was created by Georg Christian Ungers. The building was completed as a Grand Hotel de Rome in 1876, after several conversions. It was one of the most prestigious houses of its time. After the hotel around 1900 had lost more and more importance, the building was demolished in 1910. 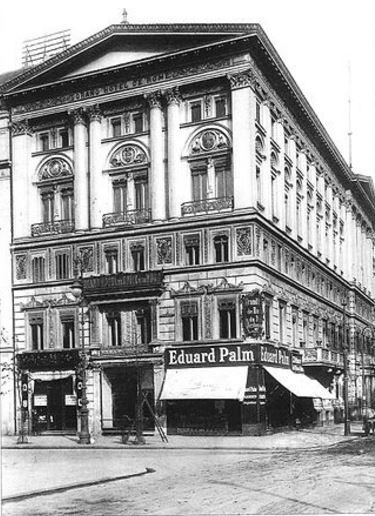