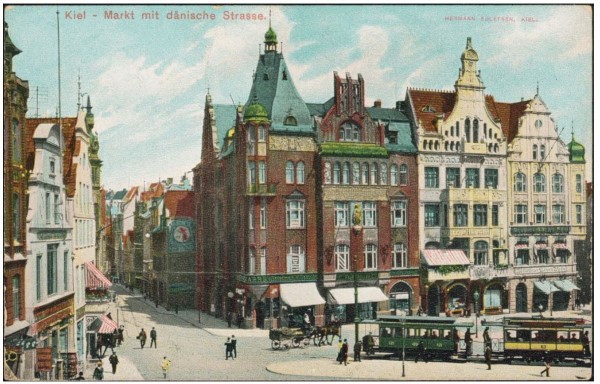 Kiel is the capital and most populous city in the northern German state of Schleswig-Holstein, with a population of 240,832 (June 2014). Kiel lies approximately 90 kilometres (56 mi) north of Hamburg. Due to its geographic location in the north of Germany, the southeast of the Jutland peninsula, and the southwestern shore of the Baltic Sea, Kiel has become one of the major maritime centres of Germany.

Kiel has also been one of the traditional homes of the German Navy’s Baltic fleet, and continues to be a major high-tech shipbuilding centre. Located in Kiel is the GEOMAR Helmholtz Centre for Ocean Research Kiel (GEOMAR) at the University of Kiel. Kiel is an important sea transport hub, thanks to its location on the Kiel Fjord (Kieler Förde) and the busiest artificial waterway in the world, Kiel Canal (Nord-Ostsee-Kanal). A number of passenger ferries to Sweden, Norway, Russia, and other countries operate from here.