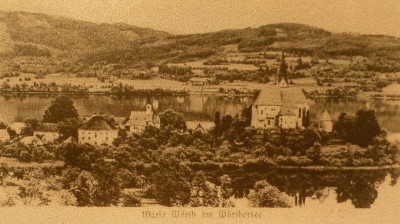 Maria Wörth is a municipality in the district of Klagenfurt-Land in the Austrian state of Carinthia. The centre of the resort town is situated on a peninsula at the southern shore of the Wörthersee. In the east, the municipal area borders the Carinthian capital Klagenfurt. The municipality consists of the two Katastralgemeinden Maria Wörth and Reifnitz (Ribnica).

A first St. Mary’s Church was erected in about 875 during the Christianization in former Carantania, led by the Bishops of Freising based at Innichen Abbey. It was first mentioned in an 894 deed as Maria Werd—because the site was at that time an island. (The Old High German term Wörth or Werder, like the Slovene Otok, denotes a piece of land surrounded by water.) The church served for the translation of the relics of Saints Primus and Felician and played an important role within the Christian mission in the Duchy of Carinthia. 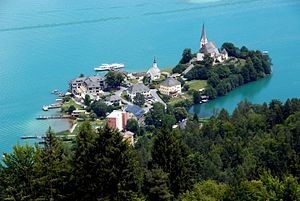 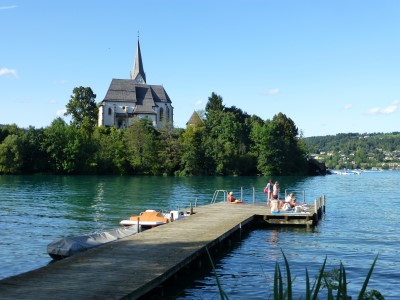 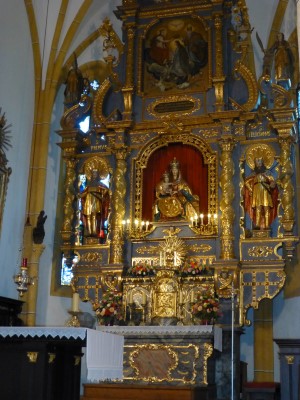 City of Maria Worth. Church.

In about 1150 Bishop Otto of Freising founded a college of canons here, and had the small Winterkirche chapel built beside the collegiate church. In 1399 both churches were destroyed by fire, and afterwards rebuilt in the present late Gothic style. The Freising Prince-Bishops gradually lost their influence in Carinthia, and about 1500 the college finally became an annex of Millstatt Abbey, led from 1598 by Jesuits.

With the Suppression of the Society of Jesus in 1773, Millstatt Abbey was dissolved and Maria Wörth passed to the re-established Bendectine St. Paul’s Abbey in the Lavanttal in 1809. Not until 1903 the present-day municipality was established on territory of neighbouring Schiefling and Keutschach.