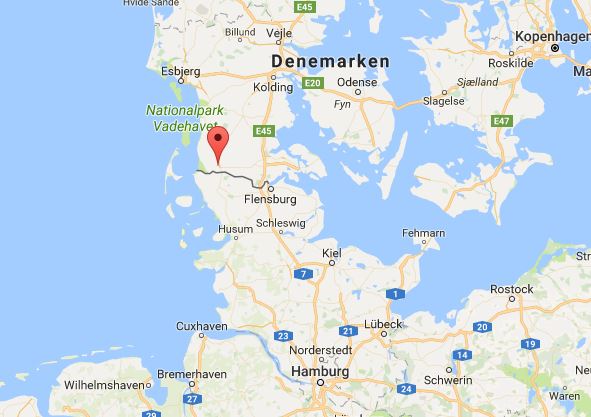 Tønder (Tonder, Tondern) is a town in the Region of Southern Denmark. With a population of 7,595 (as of 1 January 2014), it is the main town and the administrative seat of the Tønder Municipality.

The first mention of Tønder might have been in the mid-12th century, when the Arab geographer Muhammad al-Idrisi mentioned the landmark Tu(r)ndira, which might have been a reference to either Tønder, or the nearby town of Møgeltønder.

Tønder was granted port privileges by the Hanseatic League in 1243, making it Denmark’s oldest privileged market town. In 1532 it was hit by severe floods, with water levels reaching 1.8 m in St Laurent’s church, 5.3 m above sea level. In the 1550s, Tønder’s port lost direct access to the sea due to dykes being built to the west of town at the direction of Duke Hans the Elder of Schleswig-Holstein-Haderslev, the son of Frederick I of Denmark. 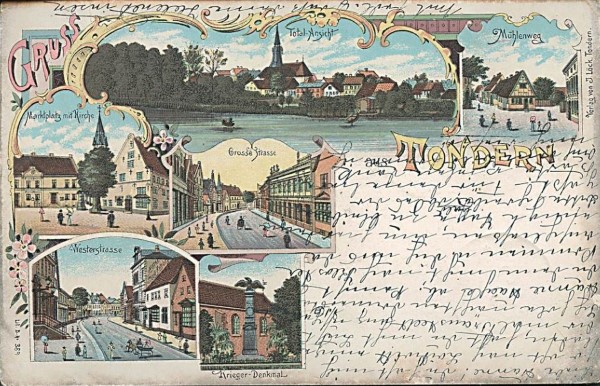 The town center is dominated by houses from the late 17th and early 18th century, when the town experienced rapid growth as a result of its lace industry. Prior to 1864, Tønder was situated in the Duchy of Schleswig, so its history is intertwined with the contentious history of Schleswig-Holstein.