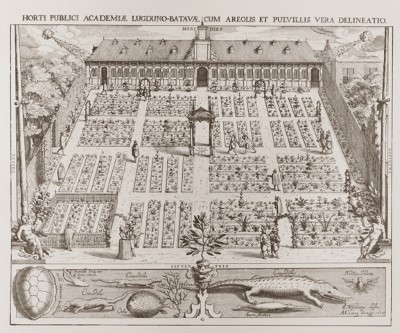 The hortus botanicus is a botanical celebration right in the heart of Leiden. It is the oldest botanical garden in the Netherlands. Plants from all over the world have been carefully cultivated here by experts for more than four centuries. Originally founded as centre for research and learning, it has become an important part of the city’s cultural history, and is a green oasis of tranquillity in the middle of the busy city. The Hortus Botanicus boasts many highlights: the Clusius garden (a reconstruction), the 18th century Orangery with its monumental tub plants, the rare collection of historical trees hundred of years old, the Japanese Von Siebold Memorial Garden symbolizing the historical link between East (Japan) and west (the Netherlands), the tropical greenhouses with their world class plant collections, and the central square and new Conservatory exhibiting exotic plants from South Africa and Southern Europe.

Clusius already has been mentioned above as one of the gardens in the Hortus Botanicus is named after this famous scientist who was Horti Praefectus in Leiden. It was Clusius that has brought the Tulip under the attention of the public at large. He was also the first horticulturist that grew a tulip in the Netherlands. Carolus Clusius also known as Charles de l’Ecluse lived from 1526 till 1609. The fact that he studied medicines gave him his great fame when he started studying flowers systematically. At that time it was a great honour for Leiden to have such a famous scientist working within its city borders.

A walk through the gardens takes the visitor through a variety of climates, from cold and humid to oppressive tropical heat. It is a voyage of discovery through the kingdom of plant life. There are arum from Sumatra, carnivorous plants from Borneo, orchids and passion flowers, bananas, rice, cocoa, coffee, laburnum and swamp cypress. But the jewel in the crown of the greenhouses is the giant Victoria amazonica water lily. 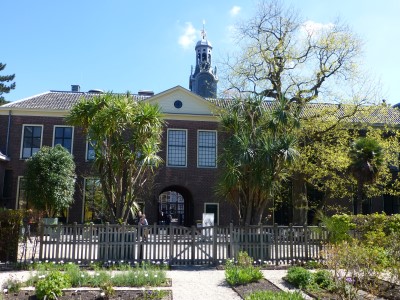 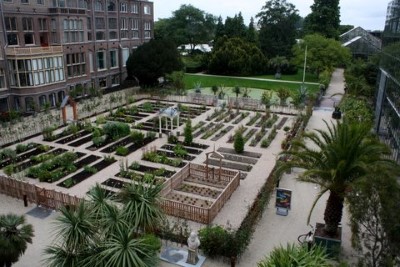 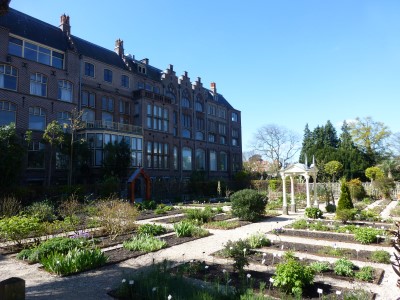 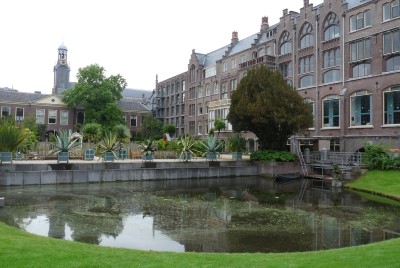 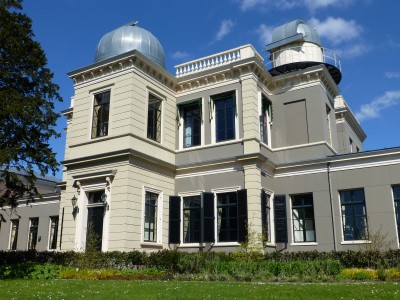 A number of notable astronomers have worked or directed the observatory including Willem de Sitter, Ejnar Hertzsprung, and Jan Oort.

By 1860 the new observatory building was completed. The new building was constructed in a quiet side of the city inside the university’s botanical gardens. It consisted of a number of offices, living quarters for astronomers, and a number of observing domes containing telescopes. In 1873 two new rooms were added to the building in order to house the tools required to verify nautical instruments; tools used to test compasses, sextants and other instruments. Two of the domes were rebuilt, one in 1875 and the other in 1889.

More new buildings were constructed before the end of the 19th century including the Western tower in 1878, one to the East in 1898, and another small building to house a gas engine in the same year (used for electricity until the observatory was connected to the city grid). In 1896 the observatory purchased their first photographic telescope, with a dome being built to house it between then and 1898.