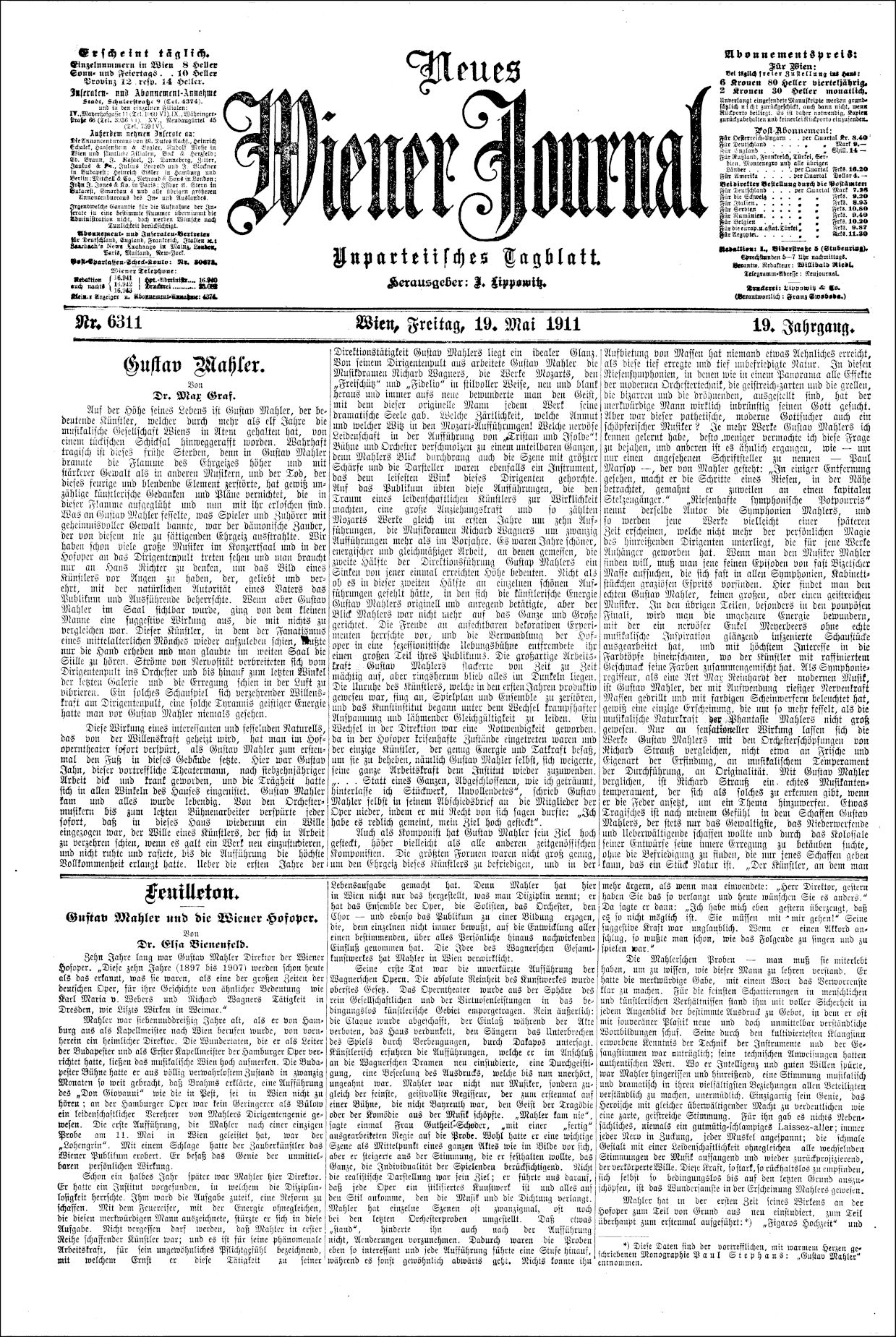 The Neue Wiener Journal was an Austrian newspaper published from 1893 to 1939. It appeared with the subtitle “impartial Tagblatt” and pursued no clear political line. However, in the First Republic political reporting was more important than in previous years. The basic tendency here was anti-Marxist and sometimes monarch sympathetic.

In a time marked by anti-Semitism, the newspaper founded by the Jewish Jakob Lippowitz was always prejudiced against Zionist questions. After the Anschluss in 1938, the newspaper lost its Jewish staff and international correspondents. The newspaper continued to appear under National Socialist control until the end of January 1939, when it was merged with the Neue Freie Presse and the Neues Wiener Tagblatt.