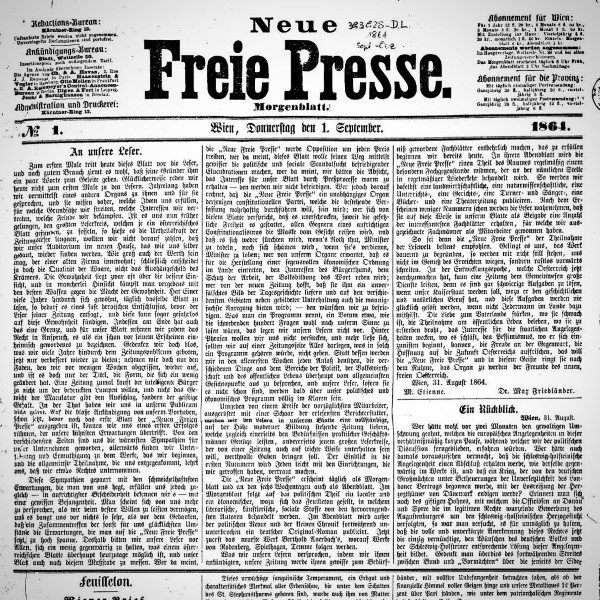 The most influential single factor in forming public opinion. The paper was under Jewish ownership and management and defended Dreyfus. See Alfred Dreyfus (1859-1935).

Neue Freie Presse (“New Free Press”) was a Viennese newspaper founded by Adolf Werthner together with the journalists Max Friedländer and Michael Etienne on 01-09-1864 after the staff had split from the newspaper Die Presse. It existed until 1938. Werthner was president of Oesterreichischen Journal-Aktien-Gesellschaft, the business entity behind the newspaper.

The editor from 1908 to 1920, and eventual owner, of the NFP was Moriz Benedikt. Journalists employed by the paper included “Sil-Vara” (pseudonym of Geza Silberer) and Felix Salten. In Paris, its correspondent was Raphael Basch, Max Nordau, and from 1891, Theodor Herzl, both founders of the Zionist movement.