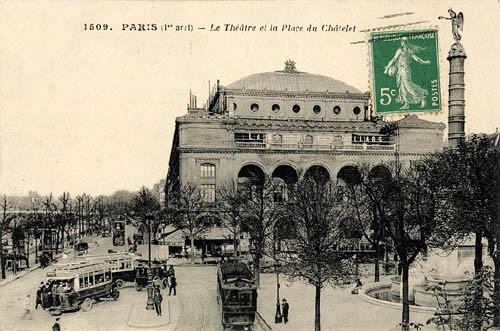 The Théâtre du Châtelet is a theatre and opera house, located in the place du Châtelet in the 1st arrondissement of Paris, France. One of two theatres (the other being the Théâtre de la Ville) built on the site of a châtelet, a small castle or fortress, it was designed by Gabriel Davioud at the request of Baron Haussmann between 1860 and 1862. Originally built with 3,000 seats, it was named the Théâtre Impérial du Châtelet, but has undergone remodeling and name changes over the years. Currently it seats 2,500 people.

The theatre is one of two apparent twins constructed along the quays of the Seine, facing each other across the open Place du Châtelet and its ornate fountain. The other is the Théâtre de la Ville (previously the Sarah Bernhardt). Their external architecture is essentially Palladian entrances under arcades, although their interior layouts differ considerably. At the centre of the plaza is a sphinx-endowed fountain, erected in 1808, which commemorates Napoleon’s victory in Egypt. 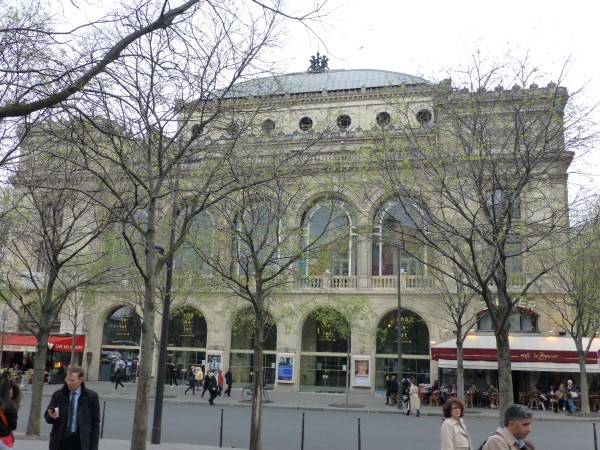 The Théâtre du Châtelet was originally used for drama performances. Notably, beginning in April 1876, the stage version of Jules Verne’s Around the World in Eighty Days, adapted by Verne and Adolphe d’Ennery, began a run spanning sixty-four years and 2,195 performances (although not continuously). It was only the Nazi occupation of Paris in May 1940 that closed this production permanently. 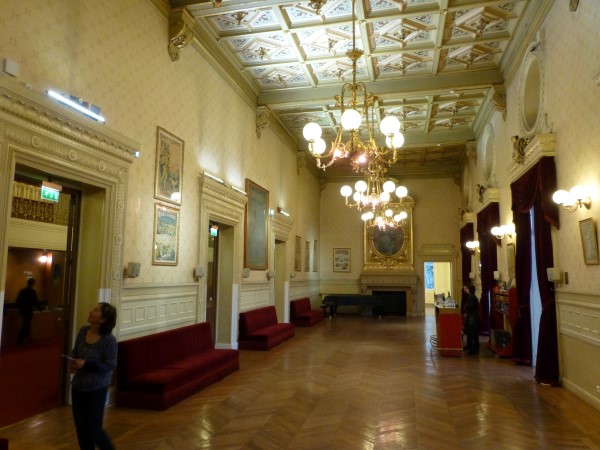 Into the 20th Century, the theatre was used for operettas, variety and ballet performances, for classical and popular music concerts. It was also, for a time, a cinema. Regular seasons of opera and ballet were presented by a variety of impresarios, among them Gabriel Astruc, who introduced Diaghilev’s Ballets Russes here. Igor Stravinsky (1882-1971)‘s Petrouchka received its premiere in the theatre on 13 June 1911, as did Erik Satie and Jean Cocteau’s Parade on 18 May 1917. In addition, many foreign composers and conductors made appearances in the theatre, including Gustav Mahler (1860-1911),  Pjotr Iljitsj Tchaikovsky (1840-1893) and Richard Strauss (1864-1949). 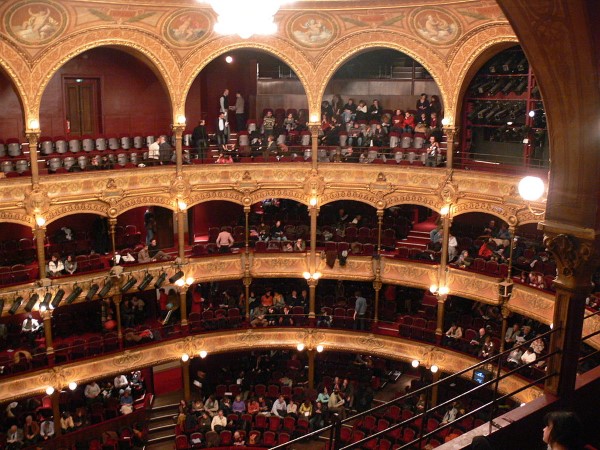 Since 1979, it has been operated by the City of Paris, and, after undergoing a major restoration, re-opened under the name of the Théâtre Musical de Paris in 1980. It was acoustically re-modeled again in 1989 and reverted to the Théâtre du Châtelet name. It is currently mainly used for opera performances and concerts.