The Exposition Universelle of 1900 was a world’s fair held in Paris, France, from 14-04-1900l to 12-11-1900, to celebrate the achievements of the past century and to accelerate development into the next.

The style that was universally present in the Exposition was Art Nouveau. The fair, visited by nearly 50 million, displayed many machines, inventions, and architecture that are now nearly universally known, including the Grande Roue de Paris Ferris wheel, Russian nesting dolls, diesel engines, talking films, escalators, and the telegraphone (the first magnetic audio recorder).

The staging of the first International Exhibition in 1855 was motivated by a desire to re-establish pride and faith in the nation after a period of war. The succession of exhibitions followed the same theme: the regeneration of nationality after war. Eight years before the launch of the 1900 Paris Exposition Universelle, the Republic of France announced the exhibition to be one that welcomed and celebrated the coming of a new century.

Countries from around the world were invited by France to showcase their achievements and lifestyles; the Exposition Universelle was a uniting and learning experience. It presented the opportunity for foreigners to realize the similarities between nations as well as their unique differences. 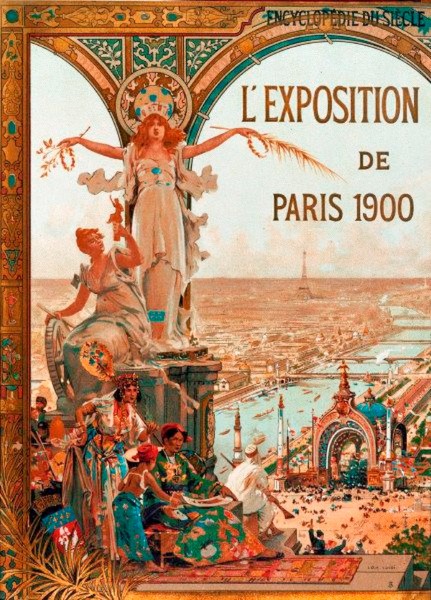 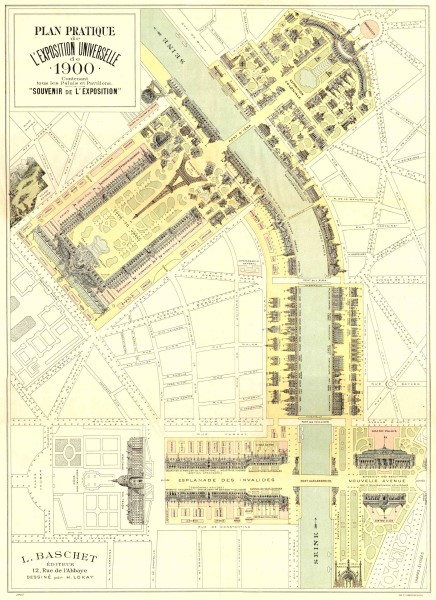 New cultures were experienced and an overall better understanding of the values each country had to offer was gained. The learning atmosphere aided in attempts to increase cultural tolerance, deemed necessary after a period of war. The early announcement and the massively positive response disenchanted the interest that had been circling around the first German International Exposition.

Support for the exhibition was widespread; countries immediately began to plan their exhibits, but despite the enthusiasm, the 1900 Paris Exposition Universelle was not a financial success as only two thirds of the expected public attended. It is suspected that the Exposition Universelle did not do as well financially as expected because the general public did not have the funds to participate in the fair. 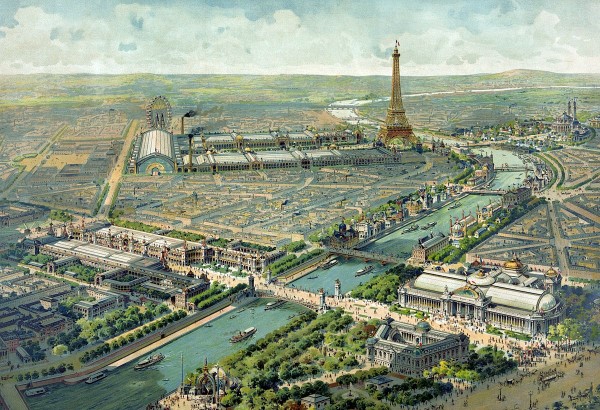 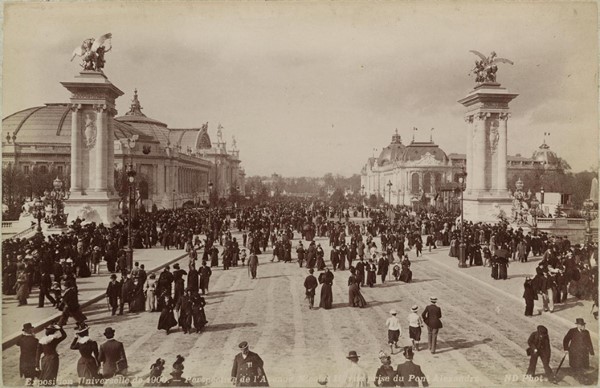 The 1900 Paris Exposition Universelle was so expensive to organize and run that the cost per visitor ended up being about six hundred francs more than the price of admission. The exhibition lost a grand total of 82,000 francs after six months in operation. Many Parisians had invested money in shares sold to raise money for the event and therefore lost their investment.

With a much larger expected turnout the exhibit sites had gone up in value. Continuing to pay rent for the sites became increasingly hard for concessionaires as they were receiving fewer customers than anticipated. The concessionaires went on strike, which ultimately resulted in the closure of a large part of the exposition. To resolve the matter, the concessionaires were given a fractional refund of the rent they had paid.

The financial consequences of the 1900 Exposition Universelle were devastating for many Parisians and led to the decision to end the streak of international fairs with the 1900 loss. 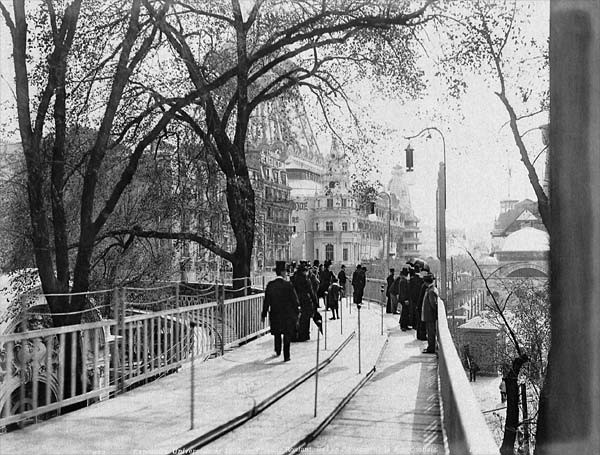 The Exposition Universelle was where talking films and escalators were first publicized, and where Campbell’s Soup was awarded a gold medal (an image of which still appears on many of the company’s products). At the exposition Rudolf Diesel exhibited his diesel engine, running on peanut oil. Brief films of excerpts from opera and ballet were apparently the first films exhibited publicly with projection of both image and recorded sound.

The exposition also featured many panoramic paintings and extensions of the panorama technique, such as the Cinéorama, Mareorama, and Trans-Siberian Railway Panorama. 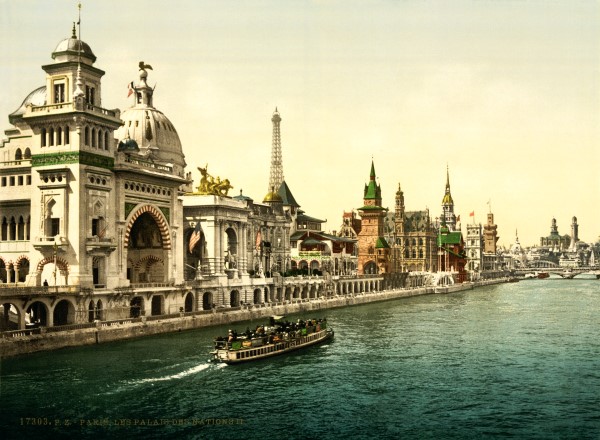 The centrepiece of the Palais de l’Optique was the 1.25-metre-diameter (49 in) “Great Exposition Refractor”. This telescope was the largest refracting telescope at that time. The optical tube assembly was 60 meters long and 1.5 meters in diameter, and was fixed in place due to its mass. Light from the sky was sent into the tube by a movable 2-meter mirror. 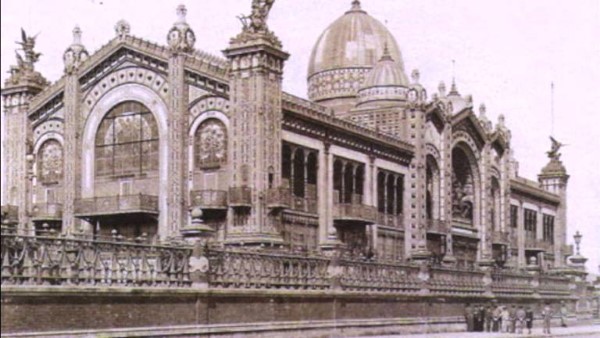 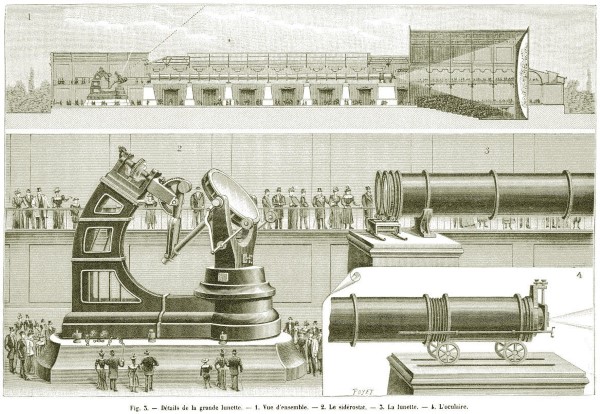 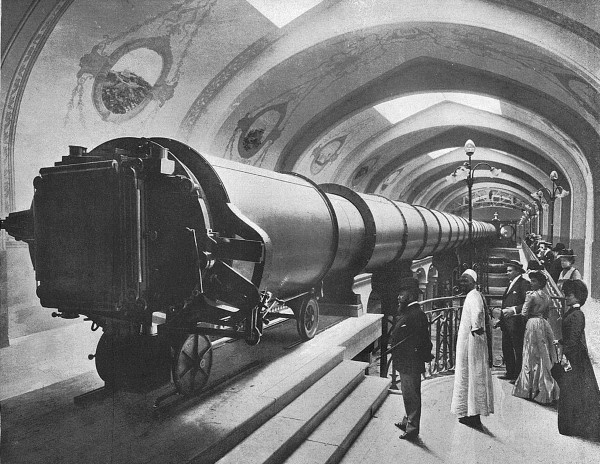 The Paris Expo included “The Exhibit of American Negroes” (Exposition Nègres d’Amerique), during which photos by Frances Benjamin Johnston, a friend of Booker T. Washington, of his black students of the Hampton Institute were presented. Partly organized by Booker Washington and W.E.B. Du Bois, this exhibition aimed at showing African Americans’ positive contributions to American society.

The Finnish Pavilion at the Exposition was designed by the architectural firm of Gesellius, Lindgren, and Saarinen. It was published in Dekorative Kunst 3 (1900): 457-63, and in L’Architecture à l’Exposition Universelle de 1900, p. 65, Pl. X. Paris: Librairies-Imprimeries Réunies, 1900.

A special committee, led by Gustave Eiffel, awarded a gold medal to Lavr Proskuryakov’s project for the Yenisei Bridge in Krasnoyarsk. Russian sparkling wine defeated all the French entries to claim the internationally coveted “Grand Prix de Champagne”. The exposition also was the showcasing of another Russian entry, the famous matryoshka doll (Russian nesting doll).

The Art Nouveau (“New Art”) style began to develop in the 1880s and became fashionable in Europe and the United States during the 1890s. The art form takes inspiration from the natural world, drawing references from botanical studies and deep sea organisms. Fluid twisting, curving lines and a “whiplash” effect are the trademarks of the natural art form.

The art form took shape in works ranging from painting to sculpture and most notably architecture, appearine throughout the 1900 Paris Exposition Universelle. Structures such as the Porte Monumentale entrance, the Pavillon Bleu and the Grand and Petit Palais were largely oriented around the Art Nouveau theme. The legendary Sèvres Porcelain Manufactory saw the Exposition as the perfect opportunity to illustrate their mastery of the Art Nouveau aesthetic through a monumental pair of swan vases.

Though Art Nouveau was showcased in the 1900 Exposition it was minutely used in the 1889 Paris Exposition by Emile Galle in a glass work project. The small piece was the beginning of a massive fair to come, based very much on the art form.

The Palace of Electricity moderated all the energy flowing from one exhibit to the other, and each exhibit was dependent on the palace in order to run. The Palace of Electricity itself was fitted with five thousand multi-coloured incandescent lamps and eight monumental lamps on its massive one hundred and thirty meter breadth and seventy meter height.

Steam driven dynamos pumped the fuel necessary to run the entire exhibition, and they were put on display attached to the Palais de l`Électricité. It was a glowing beacon of life in the exposition, quickly becoming the heart of the fair. Aside from the machinery involved in the palace’s attraction people were drawn to its exterior decorations. 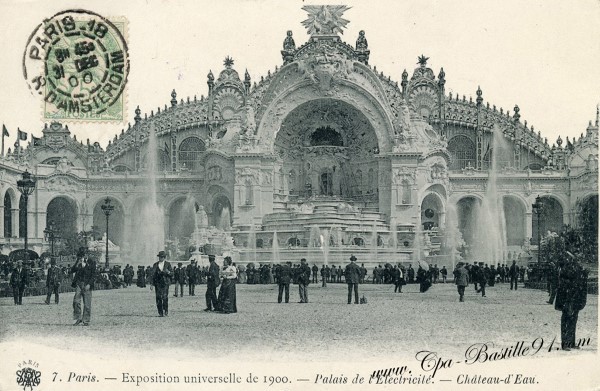 The top of the building was ornamented with the figure of a chariot led by hippogryphs and spewed multi-coloured flames. People were drawn to its extravagant performance and the amount of work needed to run the fair itself. The Palais de l`Electricité was one of the most loved exhibits of the exhibition. The architects were Eugène Hénard and Edmond Paulin. 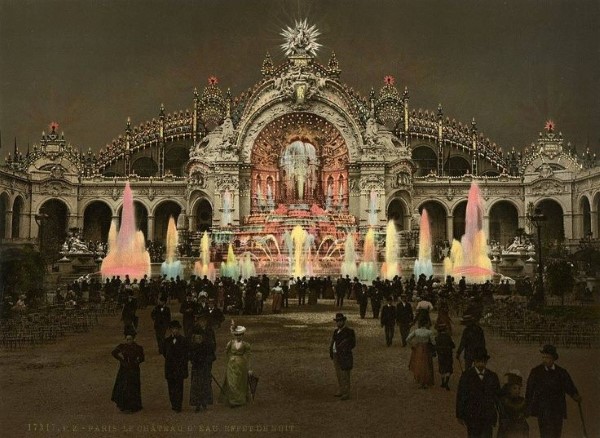