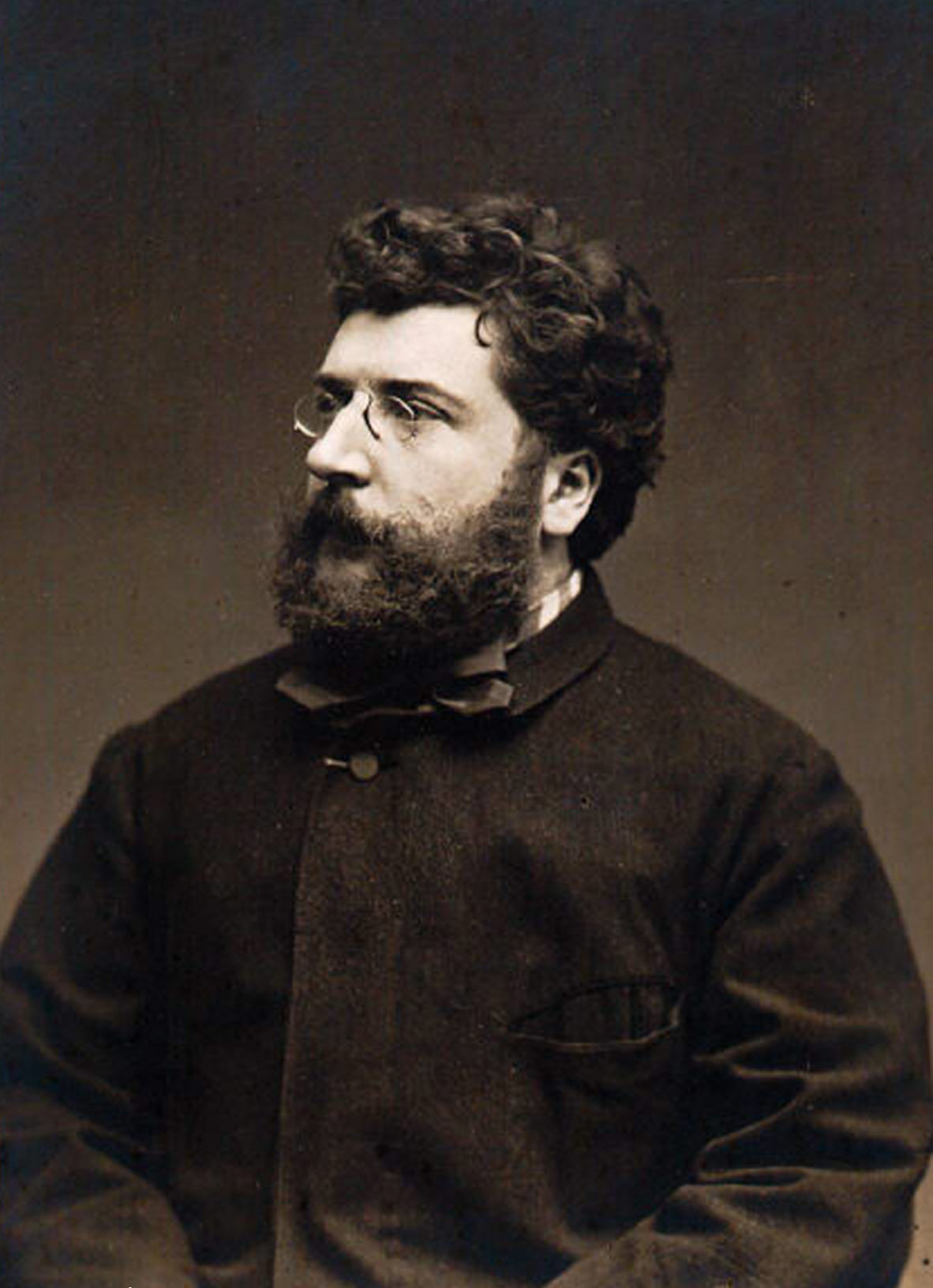 Georges Bizet registered at birth as Alexandre César Léopold Bizet, was a French composer of the romantic era. Best known for his operas in a career cut short by his early death, Bizet achieved few successes before his final work, Carmen, which has become one of the most popular and frequently performed works in the entire opera repertoire.

During a brilliant student career at the Conservatoire de Paris, Bizet won many prizes, including the prestigious Prix de Rome in 1857. He was recognised as an outstanding pianist, though he chose not to capitalise on this skill and rarely performed in public. Returning to Paris after almost three years in Italy, he found that the main Parisian opera theatres preferred the established classical repertoire to the works of newcomers. His keyboard and orchestral compositions were likewise largely ignored; as a result, his career stalled, and he earned his living mainly by arranging and transcribing the music of others. Restless for success, he began many theatrical projects during the 1860s, most of which were abandoned. Neither of his two operas that reached the stage in this time—Les pêcheurs de perles and La jolie fille de Perth—were immediately successful.

After the Franco-Prussian War of 1870–71, during which Bizet served in the National Guard, he had little success with his one-act opera Djamileh, though an orchestral suite derived from his incidental music to Alphonse Daudet’s play L’Arlésienne was instantly popular. The production of Bizet’s final opera, Carmen, was delayed because of fears that its themes of betrayal and murder would offend audiences. After its premiere on 3 March 1875, Bizet was convinced that the work was a failure; he died of a heart attack three months later, unaware that it would prove a spectacular and enduring success.

Bizet’s marriage to Geneviève Halévy was intermittently happy and produced one son. After his death, his work, apart from Carmen, was generally neglected. Manuscripts were given away or lost, and published versions of his works were frequently revised and adapted by other hands. He founded no school and had no obvious disciples or successors. After years of neglect, his works began to be performed more frequently in the 20th century. Later commentators have acclaimed him as a composer of brilliance and originality whose premature death was a significant loss to French musical theatre.

For most of his life Bizet had suffered from a recurrent throat complaint. A heavy smoker, he may have further undermined his health by overwork during the mid-1860s, when he toiled over publishers’ transcriptions for up to 16 hours a day. In 1868 he informed Galabert that he had been very ill with abscesses in the windpipe: “I suffered like a dog”. In 1871, and again in 1874 while completing Carmen, he had been disabled by severe bouts of what he described as “throat angina”, and suffered a further attack in late March 1875. At that time, depressed by the evident failure of Carmen, Bizet was slow to recover and fell ill again in May. At the end of the month he went to his holiday home at Bougival and, feeling a little better, went for a swim in the Seine. On the next day, 1 June, he was afflicted by high fever and pain, which was followed by an apparent heart attack. He seemed temporarily to recover, but in the early hours of 3 June, his wedding anniversary, he suffered a fatal second attack.

The suddenness of Bizet’s death, and awareness of his depressed mental state, fuelled rumours of suicide. Although the exact cause of death was never settled with certainty, physicians discounted such theories and eventually determined the cause as “a cardiac complication of acute articular rheumatism”. News of the death stunned Paris’s musical world; as Galli-Marié was too upset to appear, that evening’s performance of Carmen was cancelled and replaced with Boieldieu’s La dame blanche.

At the funeral on 5 June at the Église de la Sainte-Trinité in Montmartre, more than 4,000 people were present. Adolphe Bizet led the mourners, who included Gounod, Thomas, Ludovic Halévy, Léon Halévy and Massenet. An orchestra under Pasdeloup played Patrie, and the organist improvised a fantasy on themes from Carmen. At the burial which followed at the Père Lachaise Cemetery, Gounod gave the eulogy. He said that Bizet had been struck down just as he was becoming recognised as a true artist. Towards the end of his address Gounod broke down, and was unable to deliver his final peroration. After a special performance of Carmen at the Opéra-Comique that night, the press which had almost universally condemned the piece three months earlier now declared Bizet a master.