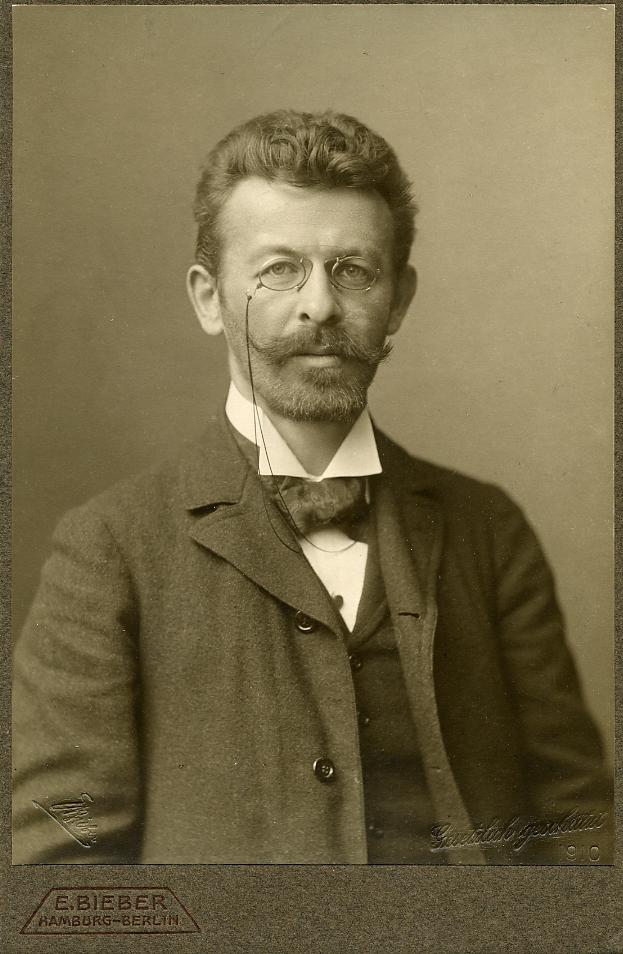 A forester’s son, Richard Dehmel was born in Hermsdorf near Wendisch Buchholz (now a part of Münchehofe) in the Brandenburg Province of the Prussian Kingdom.

He got his first impressions of nature, wandering the oak forests tended by his father, and first attended school in his hometown. He then attended the Sophiengymnasium (a Berlin gymnasium) yet was expelled after clashing with the headteacher. He finished his school days in Danzig and, subsequently, studied the natural sciences, economics, literature, and philosophy at Humboldt-Universität zu Berlin in Berlin and then at Leipzig University, where he obtained a doctorate in economics with a thesis on the insurance industry. He then worked as a secretary at a fire insurance association, and remained in this position, after the publication of his second volume of poetry, he turned full-time writer.

In 1889, Dehmel married Paula Oppenheimer, sister of Franz Oppenheimer. He became active as a writer and co-founded Pan magazine in 1894. Dehmel divorced Paula in 1899 and traveled Europe with Ida Auerbach (née Coblentz), who had formerly been engaged to Dehmel’s rival Stefan George. Dehmel married Ida in 1901, and that same year they settled in Hamburg.

Dehmel’s poetic volume Weib und Welt (Woman and World) triggered a scandal in the late 1890s: denounced by the deeply conservative poet Börries von Münchhausen, Dehmel was tried for obscenity and blasphemy. Despite being acquitted on technical grounds, the court condemned the work as obscene and blasphemous and ordered that it be burned. Dehmel would again be prosecuted for obscenity and blasphemy, but again acquitted as earlier. 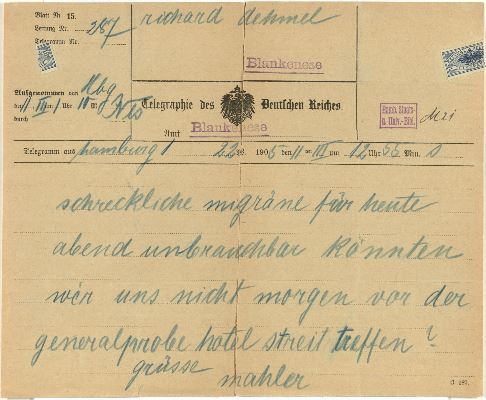 Dehmel was a champion of the rights of workers. However, despite his record of fighting conservatives, Dehmel joined the many patriotic and pro-war German intellectuals who invoked the masses to support the German Empire after the outbreak of the First World War in 1914. Fifty-one at the time, Dehmel volunteered in 1914 and served until 1916, when he was wounded. He called on the Germans to keep fighting right until 1918. Dehmel died in 1920 in Blankenese from the after-effects of an injury sustained during the war.

Dehmel is considered one of the foremost German poets of the pre-World War I era. His poems are finished in form and use numerous metrical patterns. They were set to music by composers such as Richard Strauss (who met his principal librettist Hugo von Hofmannsthal at Dehmel’s house), Max Reger, Alexander von Zemlinsky, Arnold Schoenberg, Oskar Fried, Alma Mahler, Anton Webern, Ignatz Waghalter, Carl Orff, and Kurt Weill, or they inspired them to write music. Dehmel’s main theme was “love and sex (Eros)”, which he framed as a power to break away from middle-class values and fetters.