Carl Auer von Welsbach employed also the brother of his lawyer, Moritz Gallia (1858-1918, writing before the spelling reform 1902: Moriz), Kaufmann, later by the emperor honorably with the title government advice. He soon moved on to one of the two directors of Auers Gasglühlicht-AG.

Moritz Gallia was so well rewarded as a director and experienced such capital appreciation of his investments that he was able to acquire extensive company shares. In 1901 he was portrayed by Ferdinand Andri, in the episode also the children. Moritz and converted to Christianity in 1910 after having their toddlers baptized catholic earlier.

In 1903, Moritz Gallia could afford to have his wife Hermine painted by Gustav Klimt (1862-1918), although he had to pay (converted) about three present-day salaried employees’ annual salaries. Klimt was at this time because of his “faculty pictures” commissioned by the k.k. Ministry of Education for the University of Vienna were created, very controversial, but nevertheless successful. 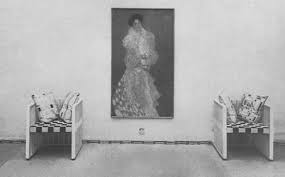 He exhibited almost the entire work of his last six years, including the still unfinished portrait of Hermione Gallia, from November 14, 1903 to January 6, 1904, at the XVIII. Exhibition Vienna Secession (exhibitions) , where Josef Hoffmann (1870-1956) and Koloman Moser (1868-1918) provided the exhibition design and Moser designed the catalog. The couple Gallia bought at the exhibition one of Klimt’s new paintings, a forest scene. 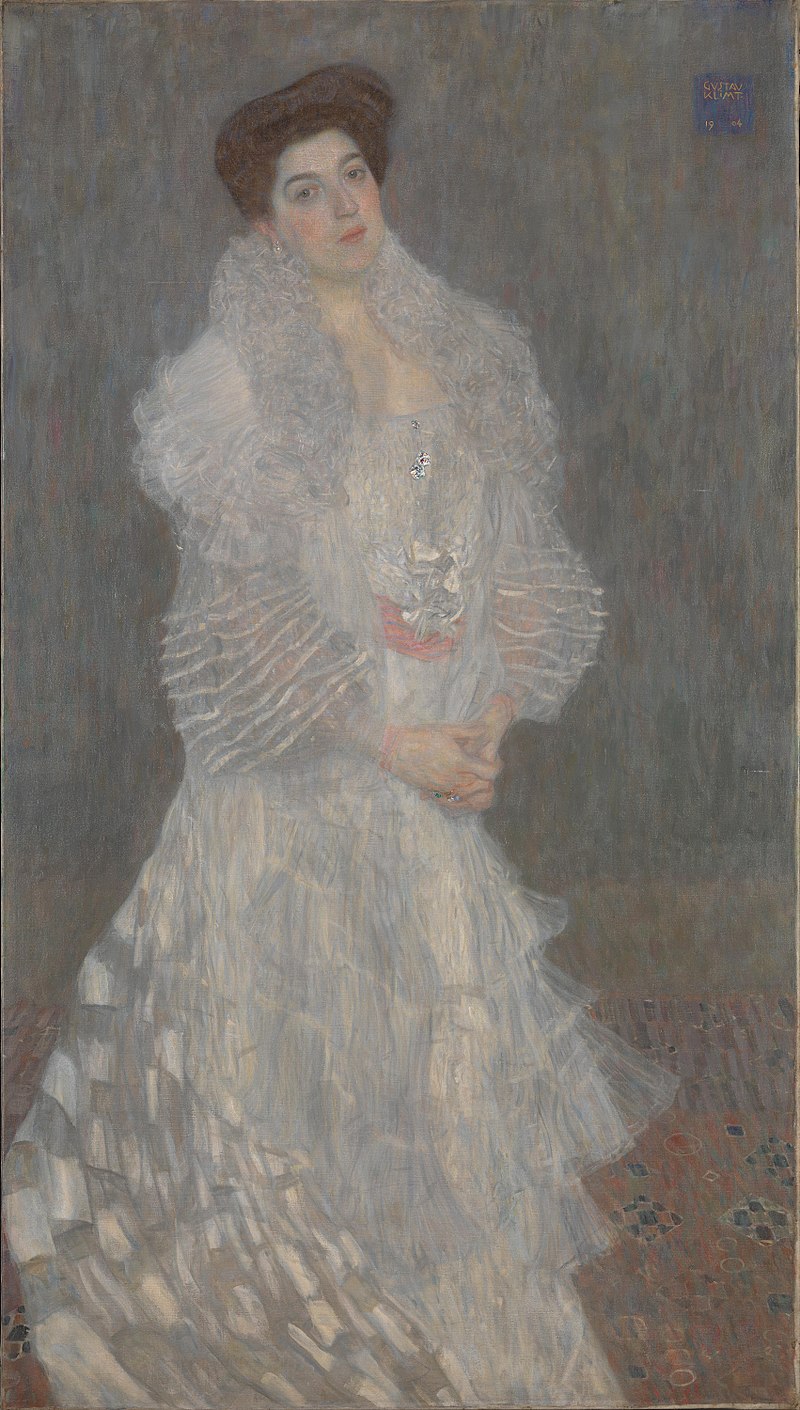 Relationships with other artists

Moritz and Hermione Gallia, in addition to their close relationship to Klimt, were also known as patrons of Josef Hoffmann (1870-1956) and had themselves set up a room escape in their house in Wohllebengasse by Josef Hoffmann (1870-1956) as a Gesamtkunstwerk. They were well acquainted with Alma Mahler (1879-1964) and her stepfather Carl Julius Rudolf Moll (1861-1945), and also friends with him; they bought about ten of his paintings. They had a Mahler portrait by Emil Orlik, which Gustav Mahler (1860-1911) and Emil Orlik (1870-1932) had signed (the painting is now owned by Tim Bonyhady); It originally was owened by Theobald Pollak (1855-1912), Hofrat in the k.k. Railway Ministry, with whom they were friends.

When Moritz Gallia entered the service Auers, he received a (service?) Apartment at the company headquarters in the Schleifmühlgasse 4. But when he at the company Graetzin Light Society, a company competing with Auer company, great influence, he finished in 1911 In 1913 he was involved with and for Auer and in 1911 he bought an old house in the Wohllebengasse in the 4th district of Vienna in order to establish his own residence there in a new building. Auer also considered Moritz’s departure, which contrasts with the loyalty of his brother Adolf, extremely disloyal.

The family house built by Franz von Krauss on behalf of Moritz and Hermione Gallia in a modern style next to the Palais Schwarzenberg, then lived family Gallia from 1914 to 1938; The apartment occupied about 700 square meters. The upper floors of the house consisted of rental apartments. On Prinz-Eugen-Straße, from which Wohllebengasse branches off, there were two palaces of the Rothschild family around the corner (Palais Albert Rothschild, Palais Rothschild, the latter still exists today). 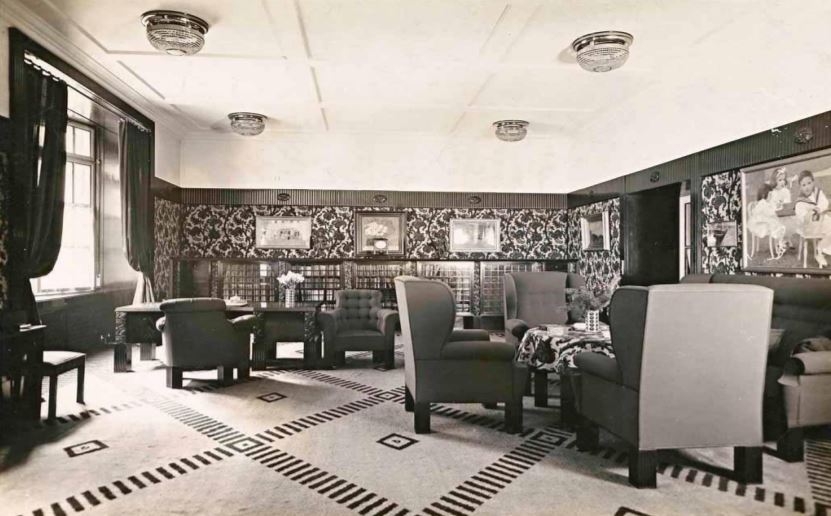 The house in Wohllebengasse was returned to the family after 1945 and sold by her. It was until 1955 in the Soviet sector of occupied by the four Allies Vienna, which reduced the value of the property.

Moritz Gallia died on August 17, 1918 in the Wohllebengasse after a long illness, which could not diagnose the city’s best doctors beyond doubt and against which they had found no means. Obituaries were placed by the company Hamburger (a family business of his wife), the Graetzin-Licht-Gesellschaft, the spirits production Johann Timmels Witwe, the Trento-Malè railway and the Wiener Werkstätte, where he had last been Chairman of the Supervisory Board, – all the companies he was involved in, at least. His widow Hermione bought a triple grave site on the Hietzing Cemetery, Group 12, No. 101-103; There is the family tomb of Gallias. 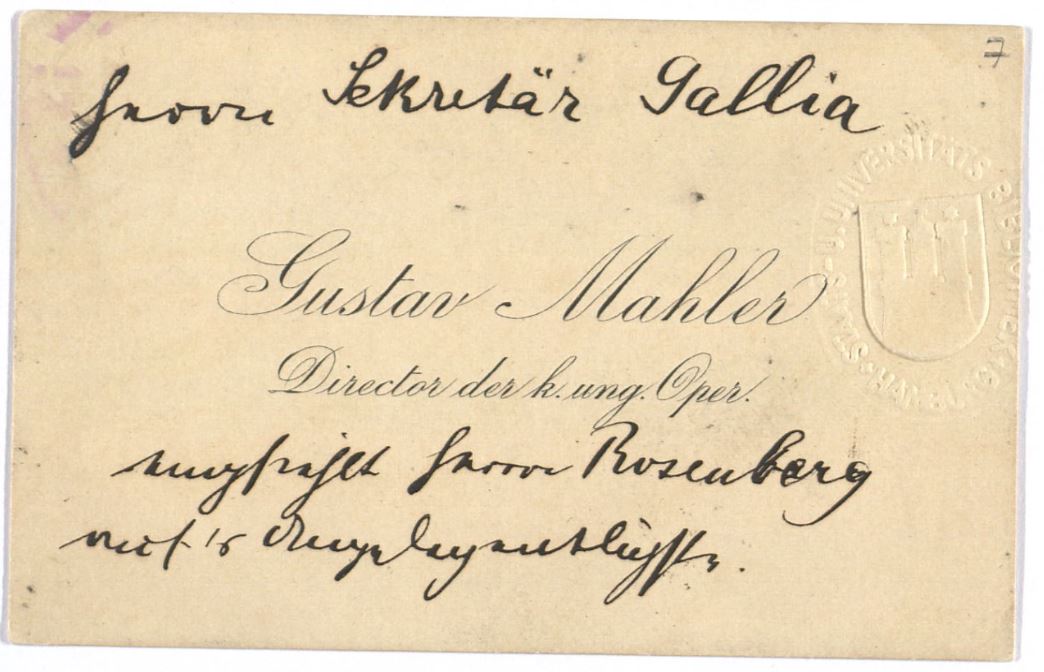