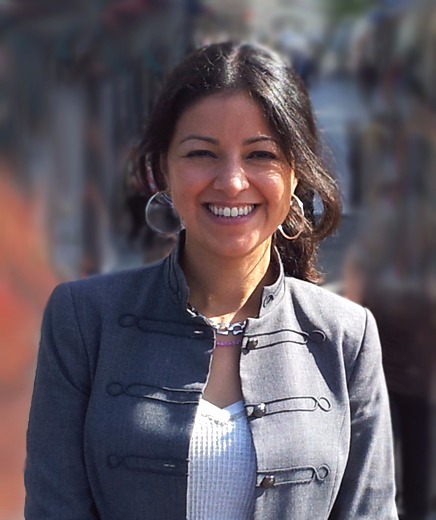 Born in Mexico City, Mónica Anguiano’s uncommon triple skillset as an Intellectual Property Rights lawyer, orchestra executive and artistic administrator, has had a strong impact on various organizations she has worked with on a global scale. She was brought up in a stimulating environment of constant creativity – her father, visual artist Rogelio Anguiano, was a major figure of Mexican painting.

Mónica obtained her diverse degrees in piano, law and administration all with high honours at the National Superior Music School of the Fine Arts Institute, and the National Autonomous University of Mexico (UNAM) in Mexico City. As a piano recitalist she gave numerous concerts in Mexico. Her passionate engagement with many different aspects of music-making – whether as piano soloist, recitalist, chamber musician or concert and festival organizer – immersed her in cultural activities including the artistic and administrative management of three of the most important orchestras in Latin America – the Orquesta Filarmónica de la UNAM, Orquesta de Cámara de Bellas Artes and the Orquesta Filarmónica de Jalisco.

As Executive Director and Artistic Administrator, she acquired a special interest in combining her musical experiences with her natural skills as a lecturer (in the field of Law). This led her to be invited frequently as a radio program host and TV guest, as well as a narrator during live concerts where her easy-going, amenable, spontaneous and unaffected nature, have earned her the affection of a wide range of audiences.

During her eleven years as Executive Director of the Ontario Philharmonic, she was instrumental in bringing forth major developments and incremental growth for this Canadian orchestra. Throughout her tenure, the organization gained an important national profile.

As the Artistic Administrator and Advisor of the Jalisco Philharmonic in Mexico, with her long-reaching influence, Mónica was crucial in creating an international profile for this important national ensemble, beginning with developing major recording projects and culminating in the orchestra’s very first concert tours outside of Mexico, including to Germany, Austria, the USA and South Korea.

Mónica’s fascination with sharing the exciting world of music coupled with a keen sense in the production of quality shows brought her to match music, narration, acting and the visual arts with an appealing and inventive touch.

In combination with her work in the orchestral world, remarkably, she has always maintained her activities in the field of Intellectual & Industrial Property Rights Law and established a perfect balance between the Performing Arts and the Science of Law. Prior to embarking on a professional path in orchestral administration, she was a highly regarded and influential member of the National Institute of Industrial Property of Mexico.