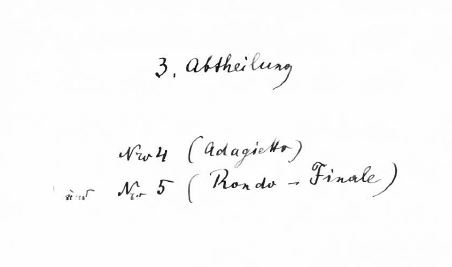 The Symphony No. 5 by Gustav Mahler was composed in 1901 and 1902, mostly during the summer months at Mahler’s cottage at Maiernigg. Among its most distinctive features are the trumpet solo that opens the work with the same rhythmic motive as used in the opening of Beethoven’s 5th symphony and the frequently performed Adagietto.

The musical canvas and emotional scope of the work, which lasts over an hour, are huge. The symphony is sometimes described as being in the key of C? minor since the first movement is in this key (the finale, however, is in D major). Mahler objected to the label: “From the order of the movements (where the usual first movement now comes second) it is difficult to speak of a key for the ‘whole Symphony’, and to avoid misunderstandings the key should best be omitted.”

The piece is generally regarded as Mahler’s most conventional symphony up to that point, but from such an unconventional composer it still had many peculiarities. It almost has a four-movement structure, as the first two can easily be viewed as essentially a whole. The symphony also ends with a Rondo, in the classical style. Some peculiarities are the funeral march that opens the piece and the Adagietto for harp and strings that contrasts with the complex orchestration of the other movements. The performance of the work lasts around 70 minutes.

Mahler wrote his Fifth Symphony during the summers of 1901 and 1902. In February 1901 Mahler had suffered a sudden major hemorrhaging and his doctor later told him that he had come within an hour of bleeding to death. The composer spent quite a while recuperating. He moved into his own lakeside villa in the southern Austrian province of Carinthia in June 1901. Mahler was delighted with his new-found status as the owner of a grand villa. According to friends, he could hardly believe how far he had come from his humble beginnings. He was Director of the Vienna Court Opera and the principal conductor of the Vienna Philharmonic. His own music was also starting to be successful. Later in 1901 when he met Alma Schindler and by the time he returned to his summer villa in summer 1902, they were married and she was expecting their first child.

Symphonies five, six and seven, which all belong to this period, have much in common and are markedly different from the first four, which all have strong links to vocal music. The middle symphonies, by contrast, are pure orchestral works and are, by Mahler’s standards, taut and lean.

Counterpoint also becomes a more important element in Mahler’s music from the fifth symphony onwards. The ability to write good counterpoint was highly cherished by Baroque composers and Johann Sebastian Bach is regarded as the greatest composer of contrapuntal music. Bach played an important part in Mahler’s musical life at this time. He subscribed to the edition of Bach’s collected works that was being published at the turn of the century, and later conducted and arranged works by Bach for performance. Mahler’s renewed interest in counterpoint can best be heard in the third and the final movements of the fifth symphony.

It was during a visit with Sibelius, while touring in Helsinki in 1907, that Gustav Mahler made the famous statement of his artistic credo regarding the genre of the symphony: “The symphony should be like the world: it must embrace everything!” (At least as far as Sibelius reported it, recalling the encounter from the perspective of decades later, long after Mahler’s death).

Yet that didn’t necessarily mean always marrying his expanded orchestra with the resources of the human voice singing a text that amplifies the symphony’s meaning-the path Beethoven had pioneered with his Ninth Symphony and that Mahler followed (with his own significant variations, from full chorus to single solo voice) in his Second, Third, and Fourth Symphonies. These are also known collectively-often along with the purely instrumental First Symphony-as the Wunderhorn symphonies because of their incorporation of texts from the early Romantic anthology of folk poetry Des Knaben Wunderhorn (“The Youth’s Magic Horn”), which strongly stimulated Mahler’s imagination.

The Fifth Symphony represents a major turning-point in the composer’s life. Early in 1901, several months before he began composing the work, he had suffered a nearly fatal hemorrhage. Curiously, Sibelius, too, suffered a close brush with death a few years later. For Mahler, the experience left its stamp on the music-and so did the rejuvenating sense of a new lease on life that came when Mahler met Alma Schindler, a ravishing and brilliant young Viennese beauty from a prominent artistic family. Nearly twice Alma’s age, the composer married her in March 1902. He completed his draft of the Fifth that summer and then invited his new bride to hear him play through the just-finished composition at the piano.

The external associations that marked the earlier Wunderhorn style here give way to a more self-contained and densely woven language for orchestra alone. That’s not to say that the Fifth lacks references to Mahler’s songs: woven into the score are allusions not just to the enchanted world of Des Knaben Wunderhorn but to the strikingly different atmosphere of Romantic poet Friedrich Rückert, whose poetry Mahler began to set while composing the Fifth. He even gives the first movement a title (“Funeral March”)-an explicit programmatic reference whose counterpart is the implicit “love song” to Alma represented by the Adagietto. It is still an entire world that Mahler embraces through the emotional arc of the Fifth Symphony; at the same time, here Mahler refines his language and technique to develop a truly self-reliant symphonic discourse.

One sign of this concentration on internal coherence lies in the architecture and symmetrical design of the Fifth. The work is cast in five movements, which are grouped into three major sections. Part I comprises the first two movements, which share musical ideas; Part II contains the Scherzo alone, the longest single movement yet the shortest of the three parts; Part III consists of the Adagietto and Finale (these are likewise interlinked) and is symmetrical to Part I in total length. The result is an arch-like design that has been likened to an hourglass, while cross-references of ideas among the different movements strengthen the overall coherence of the Fifth.

A preludial solo trumpet fanfare opens the Funeral March. Its triplets are an important feature and are repeated by the orchestra with grim determination. A threnody begins to unfurl but is interrupted by impassioned music as the trumpet’s call, no longer solemn, suggests shrieks of grief-stricken torment. The original call and its ensuing threnody return, leading eventually to an overwhelming climax and a final breakdown into inconsolable sorrow (with a hint of Wagnerian Götterdämmerung).

All of these functions as a large-scale introduction to the “real” first movement, which begins with a riot of turbulent gestures. Mahler composes music that restlessly develops as it attains violent extremes of despair, complete with flashbacks to the Funeral March. A consoling brass chorale, later expanded into a triumphant statement from the full orchestra, brings a sudden sense of optimism into this world. Yet it is transient, and the return of darker strains only intensifies the bleakness of Part I. Mahler allows the music to fragment and break apart, much as the Funeral March crumbles into ruins in the final measures.

Too often Mahler’s Fifth-like that of Beethoven, or Shostakovich for that matter-is simplistically reduced to a journey “from darkness to light.” In a larger sense that is what happens. The danger, though, is to see this too schematically-an oversimplification that has to de-emphasize the central importance that Mahler assigns the Scherzo at the midpoint of the Fifth. Its cheerful acceptance of life and swerve to the major (D major after two preceding movements in the minor: C-sharp and A minor, respectively) foreshadows the key and spirit of the finale. This isn’t just a ploy to provide “relief” between weightier matters. Situated at such a pivotal point in the structure, the Scherzo adds to the work’s emotional complexity.

In contrast to the stark, ritualistic tread of the funeral march that opened the work, the Scherzo pulses with vibrant dance. At the outset, four horns peal out a three-note motif that serves as a signpost amid the Scherzo’s continually evolving swirl and kaleidoscopic detail. Blending the humbler associations of the country Ländler with other perspectives, Mahler enhances the range of associations in this Scherzo. The first of its two trios takes shape as a sophisticated Viennese waltz (also in triple meter, like the Ländler), while the second presents a solo horn as the protagonist, evoking a pristine Alpine vastness.

Another signature of the newer style Mahler was evolving in the Fifth Symphony is a genuine mastery of polyphony and counterpoint-the art of weaving together a multitude of individual voices and textures, rather than merely juxtaposing them. Not coincidentally, he was at the time exploring a deeper admiration for J.S. Bach. “In Bach,” he declared, “all the seeds of music are found, as the world is contained in God. It’s the greatest polyphony that ever existed!” Mahler’s own approach to polyphony here can be especially savored in the concluding coda section, which anticipates elements of the Finale.

Because of its use as a musical memorial in times of collective grieving, the F major Adagietto has acquired a somber reputation as world-weary, death-obsessed music-a return to the funereal tone that opened the Symphony. (Indeed, this is the music that that eminent Mahlerian Leonard Bernstein chose to conduct at St. Patrick’s in New York during the funeral services held for Robert F. Kennedy in 1968). Yet according to the conductor Willem Mengelberg, a champion of Mahler’s music and a close friend of the composer, the composer’s inspiration here was none other than his fiancée Alma Schindler. The Adagietto, Mengelberg claimed, encoded a musical love letter offered to his beloved during their courtship.

The choice of tempo here is crucial: an Adagietto is by definition not as slow as Adagio, yet Mahler’s marking in the score is Sehr Langsam (“very slow”). The resulting choice can make the music sound like a gentle resignation or, alternatively, like a transcendent serenade. In any case, the Adagietto introduces a note of timelessness, in powerful contrast to the grim anxiety of Part I and the frenetic motions at the end of the Scherzo. In terms of orchestration, too, Mahler points up the contrast, reducing his forces to a chamber-like ensemble of strings accompanied, with almost impressionist delicacy, by harp.

All of this sets us up for the outburst of animated good humor in the Finale, for which the Adagietto serves as a lyrical prelude-with a solo horn bridging the two movements (a reference back to the all-important role of the horns in the Scherzo). Though Mahler labels the fifth movement a Rondo-Finale, he upsets any expectations of a modest, light-hearted finish-much as he had rejected stereotypes of the Scherzo as a less-substantial “breather.”

The spirit of Bach is summoned with even greater force as Mahler deploys a dazzling array of counterpoint without ever becoming “dry.” The music is rambunctiously fertile, breaking up and recombining ideas with a bold sense of humor and invention. Even the ethereal Adagietto proves susceptible to reconsideration: listen to how Mahler weaves speeded-up fragments of its melody into this dramatically different context. His use of long-range cross-references pays off near the end of the Fifth when Mahler, at last, vindicates the hopeful but transient chorale we had heard in the second movement (in Part I)-this time in a sunburst of irrepressible affirmation. But as soon as the stage has been set for a dignified triumphal conclusion, Mahler plays the trickster and adds an irreverently anarchic passage at the very end-crowning the Fifth with a fresh dose of humor and joie de vivre.