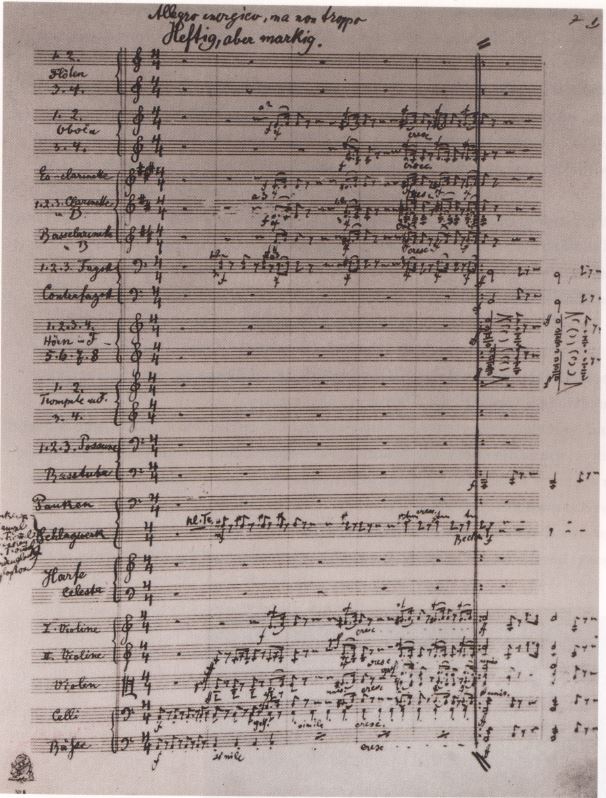 The first movement, which for the most part has the character of a march, features a motif consisting of an A major triad turning to A minor over a distinctive timpani rhythm. The chords are played by trumpets and oboes when first heard, with the trumpets sounding most loudly in the first chord and the oboes in the second. This motif, which some commentators have linked with fate, reappears in subsequent movements. The first movement also features a soaring melody which the composer’s wife, Alma Mahler, claimed represented her. This melody is often called the “Alma theme”. A restatement of the that theme at the movement’s end marks the happiest point of the symphony.