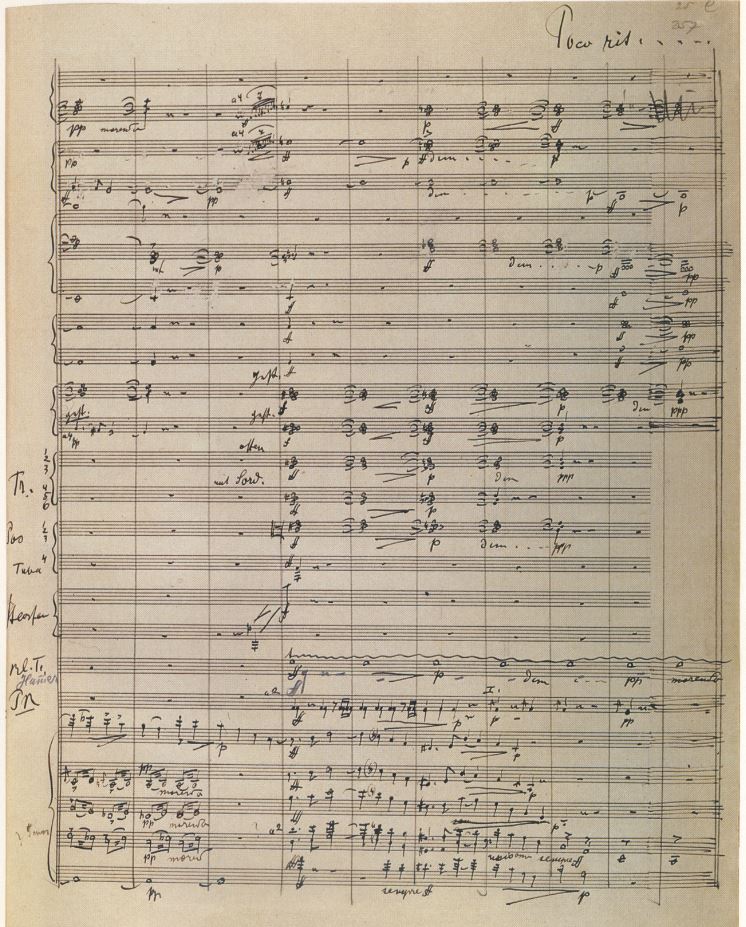 The last movement is an extended sonata form, characterized by drastic changes in mood and tempo, the sudden change of glorious soaring melody to deep agony. The movement is punctuated by three hammer blows. Alma quoted her husband as saying that these were three mighty blows of fate befallen by the hero, “the third of which fells him like a tree”.

She identified these blows with three later events in Gustav Mahler’s own life: the death of his eldest daughter Maria Anna Mahler, the diagnosis of an eventually fatal heart condition, and his forced resignation from the Vienna Opera and departure from Vienna. When he revised the work, Mahler removed the last of these three hammer blows so that the music built to a sudden moment of stillness in place of the third blow.

Some modern performances restore the third strike of the hammer. The piece ends with the same rhythmic motif that appeared in the first movement, but the chord above it is a simple A minor triad, rather than A major turning into A minor. After the third ‘hammer blow’ passage, the music gropes in darkness and then the trombones and horns begin to offer consolation. However after they turn briefly to major they fade away and the final bars erupt in minor.

The sound of the hammer, which features in the last movement, was stipulated by Mahler to be “brief and mighty, but dull in resonance and with a non-metallic character (like the fall of an axe).” The sound achieved in the premiere did not quite carry far enough from the stage, and indeed the problem of achieving the proper volume while still remaining dull in resonance remains a challenge to the modern orchestra.

Various methods of producing the sound have involved a wooden mallet striking a wooden surface, a sledgehammer striking a wooden box, or a particularly large bass drum, or sometimes simultaneous use of more than one of these methods.

As in many other of his compositions, Mahler indicates in several places that extra instruments should be added, including two or more celestas “if possible,” “several” triangles at the end of the first movement, doubled snare drum (side drum) in certain passages, and in one place in the fourth movement “several” cymbals.

While at the beginning of each movement Mahler calls for 2 harps, at one point in the Andante he calls for “several,” and at one point in the Scherzo he writes “4 harps.” Often he does not specify a set number, especially in the last movement, simply writing “harps.” While the first version of the score included slapstick and tambourine, these were removed over the course of Mahler’s extensive revisions. 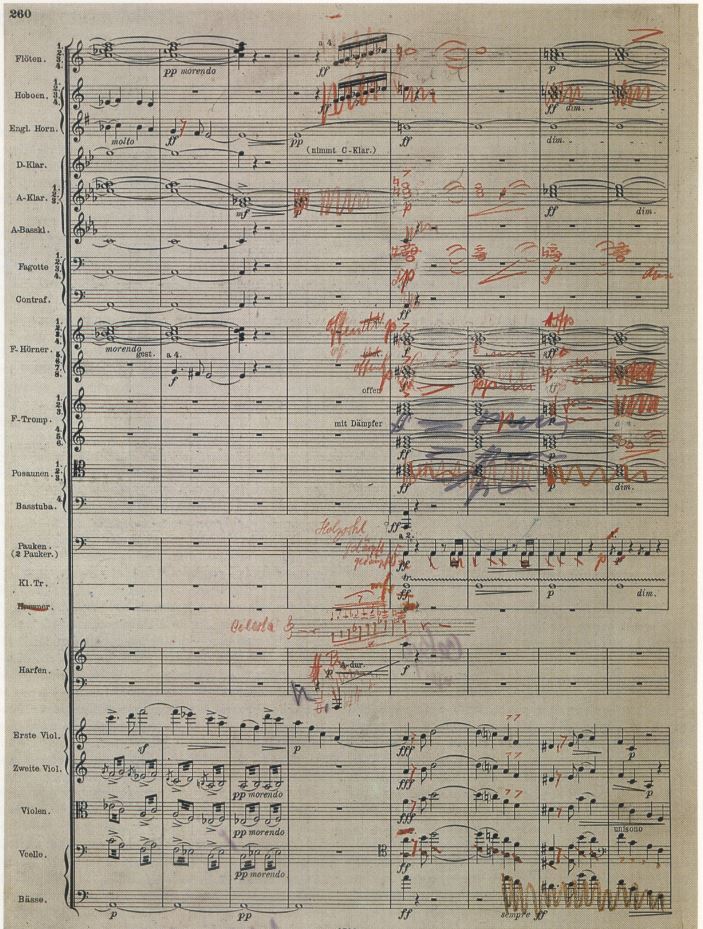 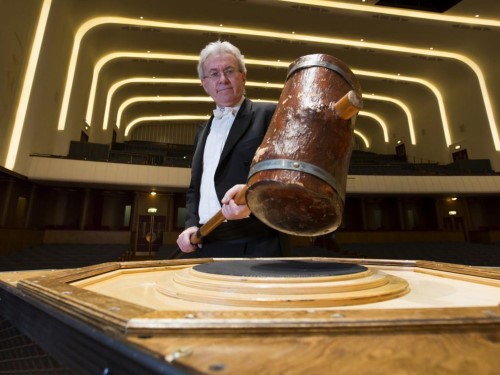 Representing the sound of fate sounds rather esoteric, but it all comes down to having the right tools, a strong arm and a good sense of timing, says Graham Johns, principal percussionist with the Royal Liverpool Philharmonic Orchestra.

A whopping mallet comes in useful, as does a big wooden box. Simply raise the mallet above your head and bang it down on the box with as much oomph as you can muster. The result should be a “hell of a thud”, a heart-stopping sound that “reverberates around the hall”.

Making the noise known as the hammer blow in the final movement of Gustav Mahler’s Symphony No 6 has been a serious business for percussionists since the work was first performed in 1906. The Austrian composer saw fate as a force capable of cutting people down. What was needed, said Mahler, was a noise that’s “brief and mighty, but dull in resonance and with a non-metallic character (like the fall of an axe)”.

Percussionists construct their own instrument for Symphony No 6 because, as Mr Johns explains, “you can’t go into a shop and buy a Hammer blow”. Walloping an old wooden crate is a common approach, but Mr Johns admits he’s never been “100 per cent satisfied” with the sound.

Until now, that is. A friend who plays double bass in the Chicago Symphony Orchestra, who is also a gifted carpenter, has built Mr Johns what is arguably the biggest, baddest Hammer blow ever. The striking surface is mounted on springs, and depresses about two inches inside the box when struck by the mallet, a mighty 5kg weapon made from a log found in a Liverpool park.

“When the diaphragm moves it displaces the air and makes a really loud, deep sound,” says Mr Johns. “It’s the effect Mahler wanted.” Mr Johns is now ready for tomorrow’s first rehearsal, but admits he’s nervous. Translating the crotchet in Mahler’s score into an apocalyptic sound requires strength, technique and a steady nerve. “You raise it [the mallet] above your head and once you’re swinging you’re committed,” he says. “I have to time the landing with millisecond precision and if you get it wrong you’re in trouble – you’ll put your back out.”

A visit to the physiotherapist may be the least of his problems, however, because some musicians – including Mahler – believe the Hammer blow is cursed. When the symphony was first played it had three hammer blows, but Mahler reduced it to two: “He was concerned that if he put the third one in something nasty might happen to him.”

The revision didn’t save Mahler, who was destroyed by three awful events: his daughter died, aged four, he had to resign from the Vienna Opera, and he developed a heart condition, dying in 1911. Mr Johns says he won’t deliver three blows at next week’s performances – unless conductor Vasily Petrenko asks.