Arnold Zweig was a German writer and anti-war and antifascist activist. He is best known for his six-part cycle on World War I. Zweig was the son of a Jewish saddler. (He is not related to Stefan Zweig). After attending a gymnasium in Kattowitz (Katowice), he made extensive studies in history, philosophy and literature at several universities – Breslau (Wroc?aw), Munich, Berlin, Göttingen, Rostock and Tübingen. He was especially influenced by Friedrich Nietzsche’s philosophy. His first literary works, Novellen um Claudia (1913) and Ritualmord in Ungarn, gained him wider recognition.

Zweig volunteered for the German army in World War I and saw action as a private in France, Hungary and Serbia. He was stationed in the Western Front at the time when Judenzählung (the Jewish census) was administered in the German army. Shaken by the experience, he wrote in his letter dated February 15, 1917 to Martin Buber: “The Judenzählung was a reflection of unheard sadness for Germany’s sin and our agony. … If there was no antisemitism in the army, the unbearable call to duty would be almost easy.” He began to revise his views on the war and to realize that it pitted Jews against Jews. Later he described his experiences in the short story Judenzählung vor Verdun. The war changed Zweig from a Prussian patriot to an eager pacifist.

By the end of the war he was assigned to the Press department of the German Army Headquarters in Kaunas and there he was first introduced to the East European Jewish organizations. In a quite literal effort to put a face to the hated ‘Ostjude’ (Eastern European Jew), due to their Orthodox, economically depressed, “unenlightened”, “un-German” ways, Zweig published with the artist Hermann Struck Das ostjüdische Antlitz (The Face of East European Jewry) in 1920. This was a blatant effort to at least gain sympathy among German-speaking Jews for the plight of their eastern European brethren. With the help of many simple sketches of faces, Zweig supplied interpretations and meaning behind them.

After World War I he was an active socialistic Zionist in Germany. After Hitler’s attempted coup in 1923 Zweig went to Berlin and worked as an editor of a newspaper, the Jüdische Rundschau. In the 1920s, Zweig became attracted to the psychoanalytical theories of Sigmund Freud and underwent Freudian therapy himself. In March 1927 Zweig wrote to Freud asking permission to dedicate his new book to Freud. In the letter Zweig told Freud: “I personally owe to your psychological therapy the restoration of my whole personality, the discovery that I was suffering from a neurosis and finally the curing of this neurosis by your method of treatment.”

Freud returned this ardent letter with a warm letter of his own, and the Freud-Zweig correspondence continued for a dozen years – momentous years in Germany’s history. This correspondence is extensive and interesting enough to have been published in book form.

In 1927 Zweig published the anti-war novel The Case of Sergeant Grischa, which made him an international literary figure. From 1929 he was a contributing journalist of anti-Nazi newspaper Die Weltbühne (World Stage). That year, Zweig would attend one of Hitler’s speeches. He told his wife that the man was a Charlie Chaplin without the talent. Zweig would later witness the burning of his books by the Nazis. He remarked that the crowd “would have stared as happily into the flames if live humans were burning.” He decided to leave Germany that night.

When the Nazis took power in Germany in 1933, Zweig was one of many Jews who immediately went into voluntary exile. Zweig went first to Czechoslovakia, then Switzerland and France. After spending some time with Thomas Mann, Lion Feuchtwanger, Anna Seghers and Bertolt Brecht in France, he set out for Palestine, then under British rule (Mandatory Palestine).

In Haifa, Zweig underwent psychoanalysis with Ilya Schalit. His novels De Vriendt Goes Home and A Costly Dream are partly set in Mandatory Palestine and describe, among other things, the encounter between Zionism, socialism and psychoanalysis. In De Vriendt Goes Home, a young Zionist, recently immigrated to Palestine from Eastern Europe, kills the Dutch Jew De Vriendt who, on the basis of a more orthodox religious sentiment, was seeking an understanding with the local Arab population. During his stay in Palestine, Zweig may have been the main link between Freud and the local psychoanalytic community.

His 1947 book The Axe of Wandsbek concerned the Altona Bloody Sunday (Altonaer Blutsonntag) riot, an SA march on 17 July 1932 that turned violent and led to 18 people being shot dead, with four Communists including Bruno Tesch subsequently being beheaded for their alleged involvement. 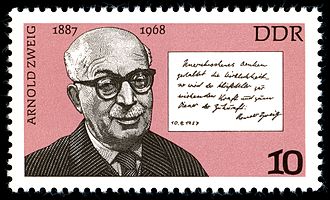 In 1948, after a formal invitation from the East German authorities, Zweig decided to return to the Soviet occupation zone in Germany (which became East Germany in 1949). In East Germany he was in many ways involved in the communist system. He was a member of parliament, delegate to the World Peace Council Congresses and the cultural advisory board of the communist party. He was President of the German Academy of the Arts from 1950 to 1953. He was rewarded with many prizes and medals by the regime. The USSR awarded him the Lenin Peace Prize (1958) for his anti-war novels. After 1962, due to poor health, Zweig virtually withdrew from the political and artistic fields. Arnold Zweig died in East Berlin on 26 November 1968. 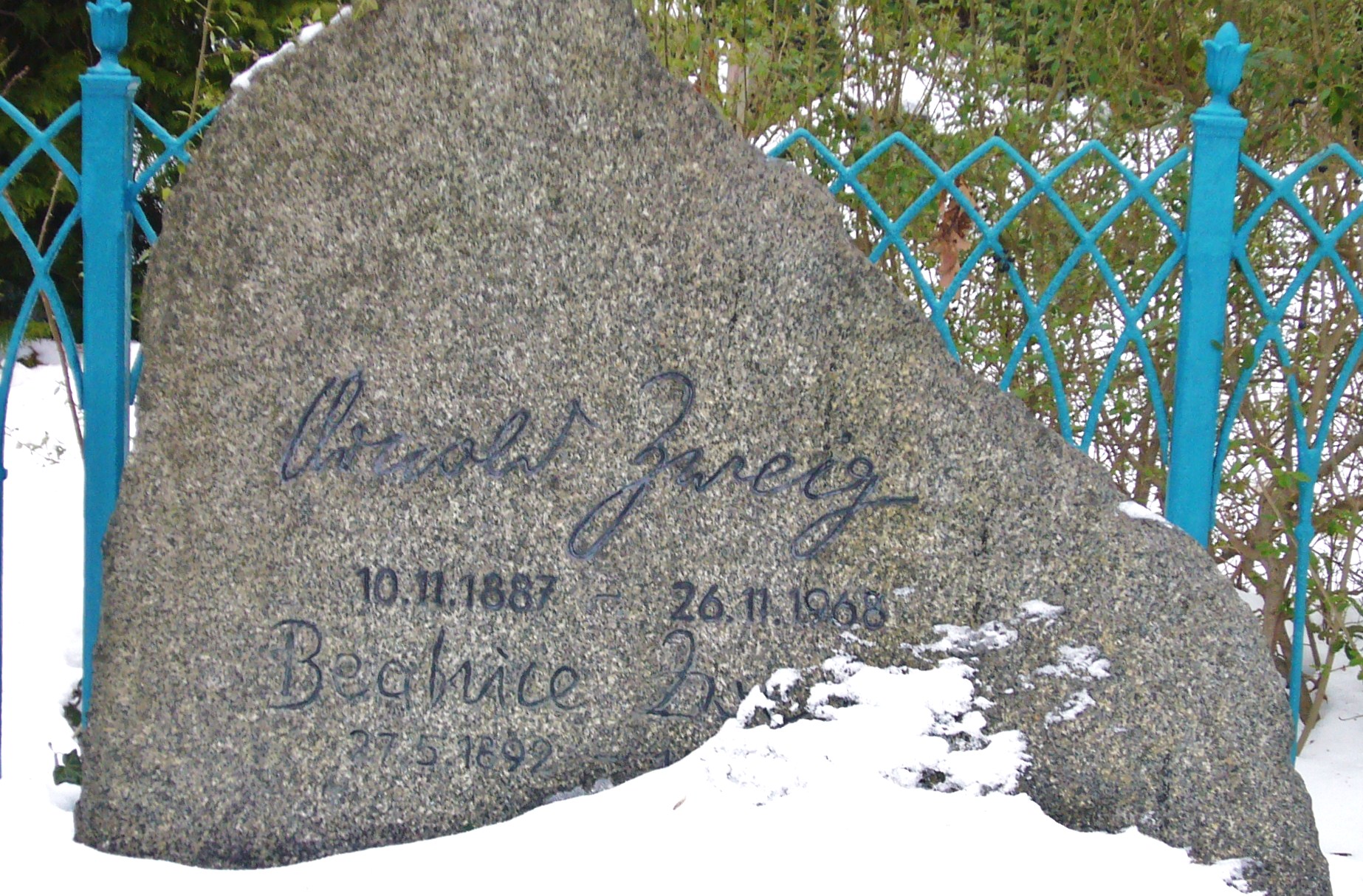