Born in Milan, Italy, Claudio Abbado was the son of violinist and composer-conductor Michelangelo Abbado, and the brother of the musician Marcello Abbado (born 1926). His father, a professional violinist and a professor at the Giuseppe Verdi Conservatory was his first piano teacher. His mother also was an adept pianist. Marcello Abbado later became a concert pianist and teacher at the Rossini Conservatory in Pesaro. His sister also exhibited talent in music but did not pursue a musical career after her marriage. His other brother later became a successful architect.

Abbado’s childhood encompassed the Nazi occupation of Milan. During that time, Abbado’s mother spent time in prison for harboring a Jewish child. This period solidified his anti-fascist political sentiments. However, his musical interests also developed, with attendance at performances at La Scala, as well as orchestral rehearsals in Milan led by such conductors as Arturo Toscanini and Wilhelm Furtwängler. He later recalled that Toscanini’s periods of abusive behavior to musicians in rehearsal repelled him. Other conductors who influenced him as a child were Victor de Sabata and Rafael Kubelík.

It was not until hearing Antonio Guarnieri’s conducting of Claude Debussy’s Nocturnes that Abbado resolved to become a conductor himself. At age 15, he met Leonard Bernstein, who commented, “You have the eye to be a conductor.”

Abbado studied piano, composition, and conducting at the Milan Conservatory, and graduated with a degree in piano in 1955. The following year, he studied conducting with Hans Swarowsky at the Vienna Academy of Music, on the recommendation of Zubin Mehta. Abbado and Mehta both joined the Academy chorus to be able to watch such conductors as Bruno Walter and Herbert von Karajan in rehearsal. He also spent time at the Chigiana Academy in Siena.

In 1958, Abbado made his conducting debut in Trieste. That summer, he won the international Serge Koussevitzky Competition for conductors at the Tanglewood Music Festival, which resulted in a number of operatic conducting engagements in Italy. In 1959, he conducted his first opera, The Love for Three Oranges, in Trieste. He made his La Scala conducting debut in 1960. In 1963, he won the Dimitri Mitropoulos Prize for conductors, which allowed him to work for five months with the New York Philharmonic Orchestra (NYPO/NPO) as an assistant conductor to Leonard Bernstein (1918-1990).

Abbado made his New York Philharmonic professional conducting debut on 7 April 1963. A 1965 appearance at the RIAS Festival in Berlin led to an invitation from Herbert von Karajan to the Salzburg Festival the following year to work with the Vienna Philharmonic. In 1965, Abbado made his British debut with the Hallé Orchestra, followed in 1966 by his London Symphony Orchestra (LSO) debut.

Abbado taught chamber music for 3 years during the early 1960s in Parma. His early advocacy of contemporary music included conducting the world premiere of Giacomo Manzoni’s Atomtod, on 25 March 1965, in Milan.

In 1969, Abbado became the principal conductor at La Scala. Subsequently, he became the company’s music director in 1972. He took the title of joint artistic director, along with Giorgio Strehler and Carlo Maria Badini, in 1976. During his tenure, he extended the opera season to four months and focused on giving inexpensive performances for the working class and students.

In addition to the standard opera repertoire, he presented contemporary operas, including works of Luigi Dallapiccola and of Luigi Nono, in particular the world premiere of Nono’s Al gran sole carico d’amore. In 1976, he brought the La Scala company to the USA for its American debut in Washington D.C. for the American Bicentennial. In 1982, he founded the Filarmonica della Scala for the performance of orchestral repertoire by the house orchestra in concert. Abbado remained affiliated with La Scala until 1986. 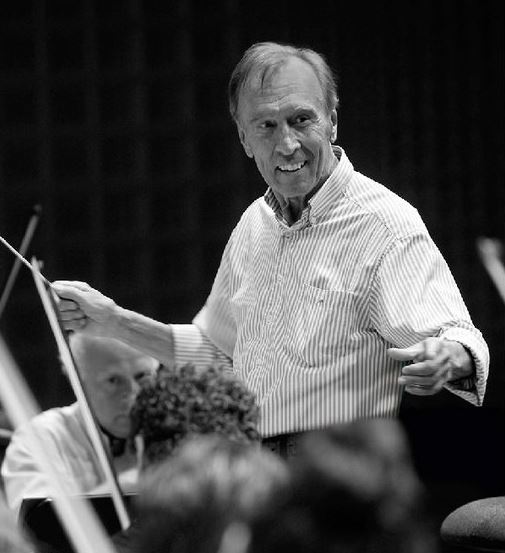 He served as Principal Guest Conductor of the London Symphony Orchestra (LSO) from 1975 to 1979 and became its Principal Conductor in 1979, a post he held until 1987 (he was also the LSO’s Music Director from 1984 until the end of his principal conductor tenure). From 1982 to 1985, he was the principal guest conductor of the Chicago Symphony Orchestra (CSO). In 1986, Abbado became the Generalmusikdirector (GMD) of the city of Vienna, and in parallel, was the music director of the Vienna State Opera from 1986 to 1991. During his tenure as GMD in Vienna, in 1988, he founded the music festival Wien Modern.

Abbado first conducted the Berlin Philharmonic Orchestra (BPO) in December 1966. After 33 appearances as a guest conductor, in 1989, the Berlin Philharmonic elected him as its chief conductor and artistic director, in succession to Herbert von Karajan. During his Berlin tenure, he oversaw an increased presence in contemporary music in the orchestra’s programming. In 1992, he co-founded ‘Berlin Encounters’, a chamber music festival. In 1994, he became artistic director of the Salzburg Easter Festival.

In 1998, he announced his departure from the Berlin Philharmonic after the expiration of his contract in 2002. Prior to his departure, he was diagnosed with stomach cancer in 2000, which led to his cancellation of a number of engagements with the orchestra. Subsequent medical treatment led to the removal of a portion of his digestive system, and he canceled his conducting activities for 3 months in 2001.

In 2004, Abbado returned to conduct the Berlin Philharmonic for the first time since his departure as chief conductor, for concerts of Gustav Mahler (1860-1911)‘s Symphony No. 6 recorded live for commercial release. The resulting CD won Best Orchestral Recording and Record of the Year in Gramophone Magazine’s 2006 awards. The Orchestra Academy of the Berlin Philharmonic established the Claudio Abbado Kompositionspreis (Claudio Abbado Composition Prize) in his honor, which has since been awarded in 2006, 2010, and 2014.

Other orchestras and post-Berlin work

In addition to his work with long-established ensembles, Abbado founded a number of new orchestras with younger musicians at their core. These included the European Community Youth Orchestra (later the European Union Youth Orchestra (EUYO)), in 1978, and the Vienna Gustav Mahler Jugendorchester (GMJO) in 1988.

In both instances, musicians from the respective youth orchestras founded spinoff orchestras, the Chamber Orchestra of Europe (COE), and the Gustav Mahler (1860-1911) Chamber Orchestra, respectively. Abbado worked with both these ensembles regularly as well, and was artistic advisor to the COE, though he did not hold a formal title with the Mahler Chamber Orchestra.

In turn, the Mahler Chamber Orchestra formed the core of the newest incarnation of the Lucerne Festival Orchestra, which Abbado and Michael Haefliger of the Lucerne Festival established in the early 2000s, and which featured musicians from various orchestras with which Abbado had long-standing artistic relationships. The final new orchestra that Abbado helped to establish was the Orchestra Mozart, of Bologna, Italy, in 2004, and he served as its founding music director until his death.

In addition to his work with the EUYO and the GMJO, Abbado worked with the Orquesta Sinfónica Simón Bolívar of Venezuela.

Amongst a wide range of Romantic works which he recorded and performed, Abbado had a particular affinity with the music of Gustav Mahler (1860-1911), whose symphonies he recorded several times. Despite this, he never managed to complete a cycle with a single orchestra: in a mix of studio and concert releases, he recorded Symphonies 1-2 and 5-7 in Chicago, Symphonies 2-4, 9 and the Adagio from 10 in Vienna, Symphonies 1 and 3-9 in Berlin, and Symphonies 1-7 and 9 in Lucerne. A planned Eighth in Lucerne (the intended culmination of his traversal of the symphonies there) had to be canceled owing to his ill health. The symphony was finally performed and recorded in 2016 under Riccardo Chailly as a tribute to Abbado.

Abbado tended to speak very little in rehearsal, sometimes using the simple request to orchestras to “Listen”. This was a reflection of his own preference for communication as a conductor via physical gesture and the eyes, and his perception that orchestras did not like conductors who spoke a great deal in rehearsal. Clive Gillinson characterized Abbado’s style as follows:

“…he basically doesn’t say anything in rehearsals, and speaks so quietly, because he’s so shy, so people can get bored. But it works because everyone knows the performances are so great. I’ve never known anybody more compelling. He’s the most natural conductor in the world. Some conductors need to verbally articulate what they want through words, but Claudio just shows it, just does it.”

In performance, Abbado often conducted from memory, as he himself noted:

“…it is indispensable to know the score perfectly and be familiar with the life, the works, and the entire era of the composer. I feel more secure without a score. Communication with the orchestra is easier.”

Abbado recorded extensively for a variety of labels, including Decca, Deutsche Grammophon, Columbia (later Sony Classical), and EMI. He conducted many opera recordings that received various awards. Among these were the Diapason Award in 1966 and 1967; also in 1967, he received the Grand Prix du Disque. In 1968 he was presented with the Deutscher Schallplattenpreis and also the Dutch Edison Award.

In 1973, the Vienna Mozart Society awarded him the Mozart medal. Abbado received the 1997 Grammy Award in the Best Small Ensemble Performance (with or without conductor) category for “Hindemith: Kammermusik No. 1 With Finale 1921, Op. 24 No. 1” and the 2005 Grammy Award in the Best Instrumental Soloist(s) Performance (with Orchestra) category for “Beethoven: Piano Concertos Nos. 2 & 3” performed by Martha Argerich.

In 2012, Abbado was voted into the Gramophone Hall of Fame that April, and in May, he received the conductor prize at the Royal Philharmonic Society Music Awards.

From his first marriage in 1956 to singer Giovanna Cavazzoni, Abbado had two children, Daniele Abbado (born 1958), who became an opera director, and Alessandra (born 1959). His first marriage ended in divorce. From his second marriage to Gabriella Cantaluppi, Abbado had a son, Sebastian. His four-year relationship with Viktoria Mullova resulted in Mullova’s first child, a son, Misha. Abbado’s nephew, the son of his brother, Marcello, is the conductor Roberto Abbado. 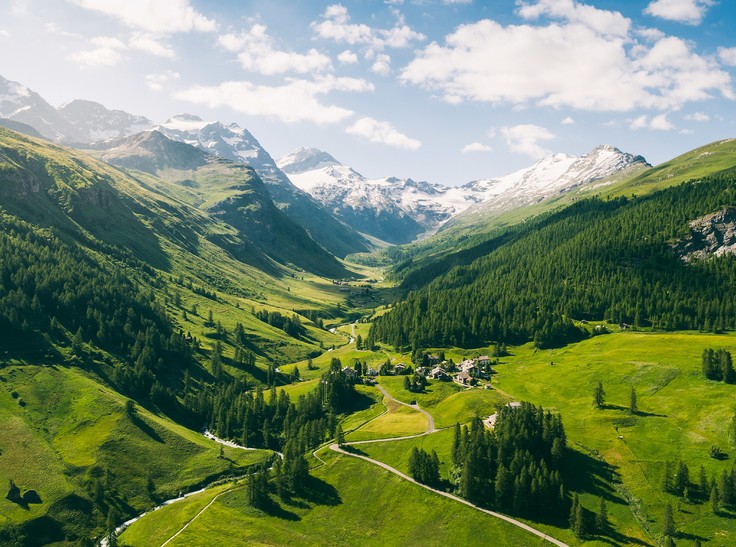 Abbado died in Bologna on 20-01-2014 at the age of 80. One week later, in tribute to him, the orchestra “Filarmonica della Scala”, conducted by Daniel Barenboim, performed the slow movement of Beethoven’s Symphony No 3 (Marcia funebre: Adagio assai in C minor) to an empty theater, with the performance relayed to a crowd in the square in front of the opera house and live-streamed via La Scala’s website. He is buried in Switzerland.