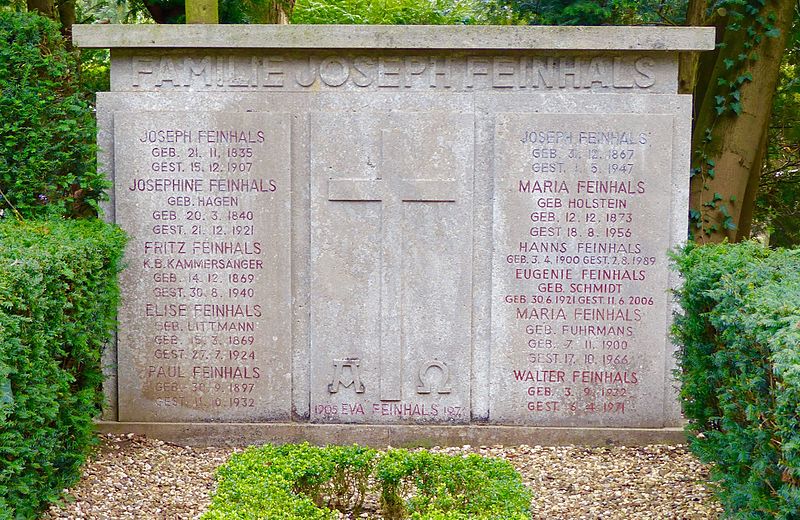 Not much is known about Elise Feinhals. She was the wife of the celebrated German baritone Fritz Feinhals (1869-1940), whom she met when he became a member of the Munich Hofoper in 1898. The earliest mention of her at that house is as guest artist in the role of Erda in Wagner’s Ring Cycle during the 1898-1899 season, with her husband singing Wotan.

She seems to have made her career primarily in Munich as a local concert artist of some accomplishment. She often appeared as a soloist with the Munich Kaim Orchestra, which eventually became the Munich Philharmonic under the administration of Siegmund von Hausegger (1920-1938).

One noteworthy performance took place on 19-10-1900, when she sang the mezzo-soprano part in the Munich premiere of Mahler’s 2nd Symphony under the composer’s direction: 1900 Concert Munich 20-10-1900 – Symphony No. 2

Some sources have noted that Elise Feinhals sang at several of the Munich Summer Festivals.

In 1905, she sang Erda in Das Rheingold with her husband as Wotan in Amsterdam for the Dutch Wagner Society. She and her husband had four children and resided at a villa on the Starnberg See to the south of Munich. At some point, she became a local voice teacher in Munich, and died there in 1924. Her recorded output included two Strauss songs for G&T in 1901 and one 1908 Odeon recording of Erda’s Warning from Das Rheingold, with her husband.