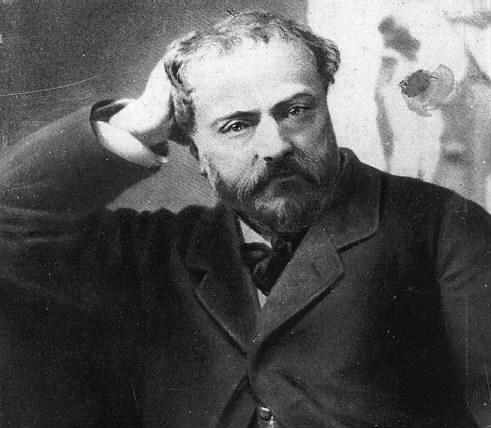 Alexis Emmanuel Chabrier was a French Romantic composer and pianist. Although known primarily for two of his orchestral works, España and Joyeuse marche, he left an important corpus of operas (including L’étoile), songs, and piano music. He was admired by composers as diverse as Debussy, Ravel, Richard Strauss, Satie, Schmitt, Stravinsky, and the group of composers known as Les six. Stravinsky alluded to España in his ballet Petrushka; Gustav Mahler called España “the beginnings of modern music” and alluded to the “Dance Villageoise” in the Rondo Burleske movement of his Ninth Symphony.

Ravel wrote that the opening bars of Le roi malgré lui changed the course of harmony in France, Poulenc wrote a biography of the composer, and Richard Strauss conducted the first staged performance of Chabrier’s incomplete opera Briséïs. Chabrier was also associated with some of the leading writers and painters of his time. He was especially friendly with the painters Claude Monet and Édouard Manet, and collected Impressionist paintings before Impressionism became fashionable. A number of such paintings from his personal collection are now housed in some of the world’s leading art museums.