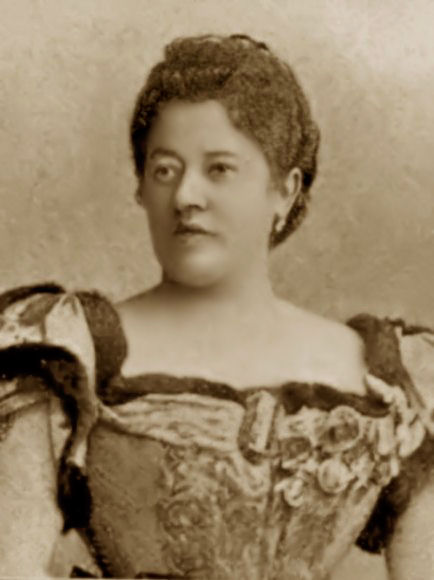 She was born in Cloppenburg in the Grand Duchy of Oldenburg as the daughter of the secret medical council Tappehorn. Out of consideration for her parents who were against a stage career, she used the name of her birthplace “Olden” as a stage name.

She trained as an opera singer in Dresden and made her debut brilliantly. Soon, however, she got into a violent argument. She left Dresden and went to the opera in Frankfurt a. M., where she successfully developed into a great singer over the next six years. In 1879 she married the tenor Moran.

As a Wagnerian singer, she visited New York in 1888 and was celebrated there as one of the greatest sopranos in the world.

Their vocal range was so great that they both high soprano parts (eg Norma, Donna Anna, Isolde) as well as deep old parts such as Fides in The Prophet and Leah. She sang Elisabeth in Tannhäuser, Brünnhilde in the Ring of the Nibelung and Fidelio.

She died in 1905 as a result of a brain disease that led to utter mental derangement. (Theodor Bertram died by suicide two years after her death).

Dora Moran-Olden (1880-1930), her daughter from her first marriage, was a well-known concert and lieder singer.