Franz Lehár was an Austro-Hungarian composer. He is mainly known for his operettas, of which the most successful and best known is The Merry Widow (Die lustige Witwe). Lehár was born in the northern part of Komárom, Kingdom of Hungary, Austria-Hungary (now Komárno, Slovakia), the eldest son of Franz Lehár (senior) (1838–1888), an Austrian bandmaster in the Infantry Regiment No. 50 of the Austro-Hungarian Army and Christine Neubrandt (1849–1906), a Hungarian woman from a family of German descent. He grew up speaking only Hungarian until the age of 12. Later he put a diacritic above the “a” of his father’s name “Lehar” to indicate the long vowel in Hungarian phonology.

While his younger brother Anton entered cadet school in Vienna to become a professional officer, Franz studied violin at the Prague Conservatory, where his violin teacher was Antonín Bennewitz, but was advised by Antonín Dvo?ák to focus on composition. However, the Conservatory’s rules at that time did not allow students to study both performance and composition, and Bennewitz and Lehár senior exerted pressure on Lehár to take his degree in violin as a practical matter, arguing that he could study composition on his own later. Lehár followed their wishes, against his will, and aside from a few clandestine lessons with Zden?k Fibich he was self taught as a composer.

After graduation in 1888 he joined his father’s band in Vienna, as assistant bandmaster. Two years later he became bandmaster at Losoncz, East Slovakia, making him the youngest bandmaster in the Austro-Hungarian Army at that time, but he left the army and joined the navy. With the k.u.k. Kriegsmarine he was first Kapellmeister at Pola from 1894 to 1896, resigning in the latter year when his first operetta, Kukuschka (later reworked as Tatjana in 1906), premiered at the Wiener Volksoper. It was only a middling success and Lehár eventually rejoined the army, with service in the garrisons at Trieste, Budapest (1898) and finally Vienna from 1899 to 1902. In 1902 he became conductor at the historic Vienna Theater an der Wien, where his operetta Wiener Frauen was performed in November of that year.

He is most famous for his operettas – the most successful of which is The Merry Widow (Die lustige Witwe) – but he also wrote sonatas, symphonic poems and marches. He also composed a number of waltzes (the most popular being Gold und Silber, composed for Princess Pauline von Metternich’s “Gold and Silver” Ball, January 1902), some of which were drawn from his famous operettas. Individual songs from some of the operettas have become standards, notably “Vilja” from The Merry Widow and “You Are My Heart’s Delight” (“Dein ist mein ganzes Herz”) from The Land of Smiles (Das Land des Lächelns). 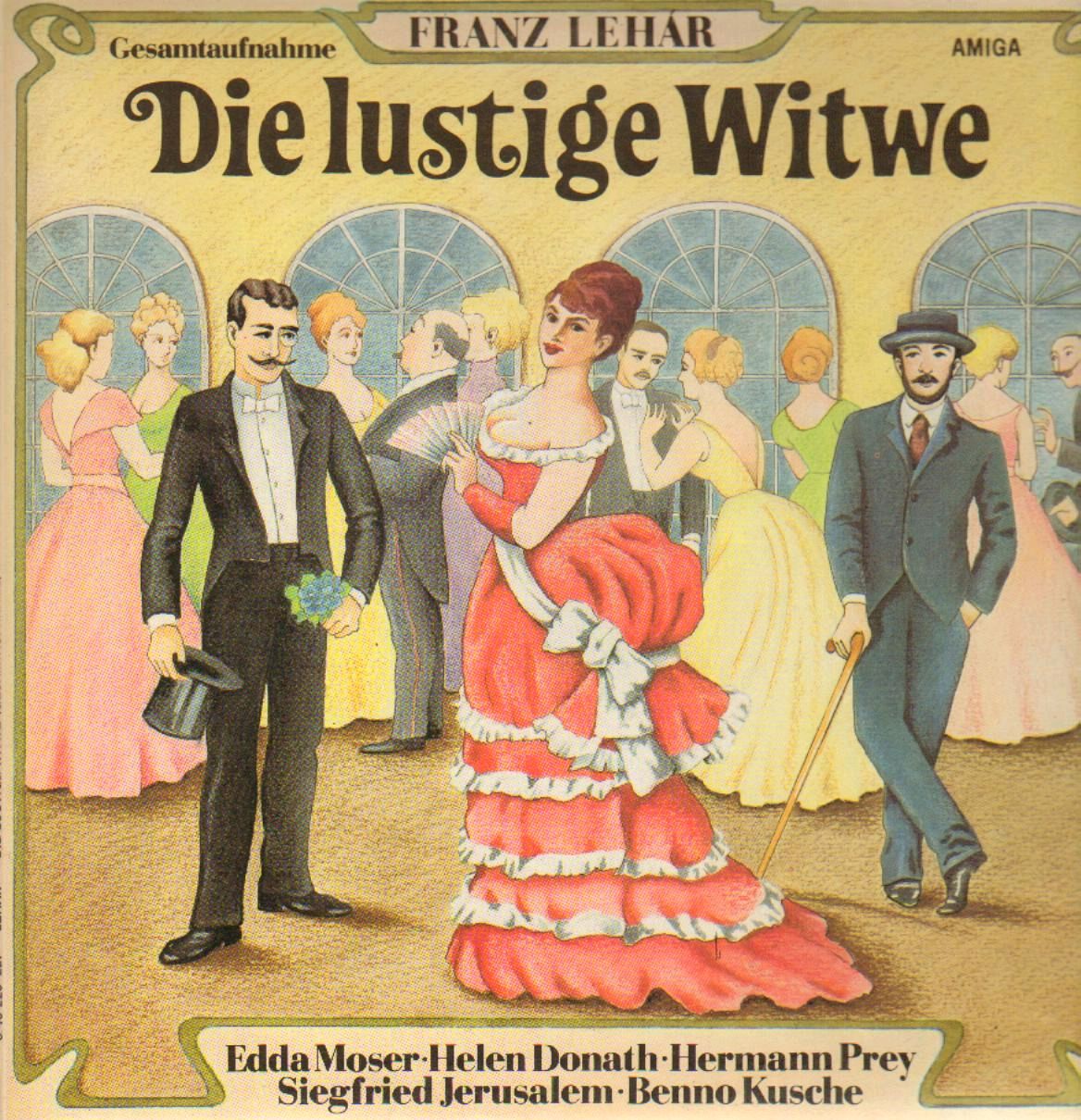 Lehár was also associated with the operatic tenor Richard Tauber, who sang in many of his operettas, beginning with a revival of his 1910 operetta Zigeunerliebe (de) in 1920 and then Frasquita (de) in 1922, in which Lehár once again found a suitable post-war style. Lehár made a brief appearance in the 1930 film adaptation The Land of Smiles starring Tauber. Between 1925 and 1934 he wrote six operettas specifically for Tauber’s voice. By 1935 he decided to form his own publishing house, Glocken-Verlag (Publishing House of the Bells), to maximize his personal control over performance rights to his works.

Lehár’s relationship with the Nazi regime was an uneasy one. He had always used Jewish librettists for his operas and had been part of the cultural milieu in Vienna which included a significant Jewish contingent. Further, although Lehár was Roman Catholic, his wife, Sophie (née Paschkis) had been Jewish before her conversion to Catholicism upon marriage, and this was sufficient to generate hostility towards them personally and towards his work. Hitler enjoyed Lehár’s music, and hostility diminished across Germany after Goebbels’s intervention on Lehár’s part. In 1938 Mrs. Lehár was given the status of “Ehrenarierin” (honorary Aryan by marriage). Nonetheless, attempts were made at least once to have her deported. The Nazi regime was aware of the uses of Lehár’s music for propaganda purposes: concerts of his music were given in occupied Paris in 1941. Even so, Lehár’s influence was limited: it is said that he tried personally to secure Hitler’s guarantee of the safety of one of his librettists, Fritz Löhner-Beda, but he was not able to prevent the murder of Beda in Auschwitz-III.

On 12 January 1939 and 30 April 1940 Lehár had personally received awards by Hitler in Berlin and Vienna, including the Goethe medal. On Hitler’s birthday in 1938 Lehár had given him as a special gift a red maroquin leather volume in commemoration of the 50th performance of The Merry Wido.. He died aged 78 in 1948 in Bad Ischl, near Salzburg, and was buried there. His younger brother Anton became the administrator of his estate, promoting the popularity of Franz Lehár’s music.