Franz Xaver Scharwenka was born in Samter, Prussia (Polish: Szamotu?y; until 1793 and since 1919 part of Poland) in 1850. Although he began learning to play the piano by ear when he was 3, Scharwenka did not start formal music studies until he was 15, when his family moved to Berlin and he enrolled at the Akademie der Tonkunst. Under Theodor Kullak, his pianistic skills developed rapidly, and he made his debut at the Singakademie in 1869. He taught at the academy until entering military service in 1873. Upon his discharge in 1874, Scharwenka began touring as a concert pianist. Praised for the beauty of his tone, he was a renowned interpreter of the music of Frédéric Chopin.

In 1881 Scharwenka organized a successful annual series of chamber and solo concerts at the Singakademie in conjunction with Gustav Holländer and Heinrich Grünfeld. That October he founded his own music school in Berlin. In 1886 he conducted the first in a series of orchestral concerts devoted to the music of Hector Berlioz, Franz Liszt and Ludwig van Beethoven while continuing to tour extensively and play his works in collaboration with other artists such as the conductor Hans Richter and the violinist Joseph Joachim (1831-1907). This triple role as pianist, composer and educator would occupy Scharwenka for the rest of his career.

In 1891, Scharwenka made his first tour of America. Deciding to emigrate, he opened a New York branch of his Scharwenka Music School. In 1893 the Berlin Scharwenka Conservatory was united with the Klindworth Conservatory, and in 1898 he returned there as Director, from New York. In 1914, with W. Petzet, he opened a School of Music with a piano teachers’ seminary attached. Among pianists who received some instruction from him were José Vianna da Motta, Fridtjof Backer-Grøndahl and Selmar Janson. See: List of music students by teacher: R to S#Xaver Scharwenka. His Methodik des Klavierspiels was published in Leipzig in 1907.

In addition to his activities as a pianist, composer and founder of a music school, he also organized a series of concerts, focusing mainly on works by prominent composers of the century, including Beethoven, Berlioz and Liszt. Sometime in the very early 1900s he conducted the Mendelssohn G Minor Concerto, at which the composer and pianist Marthe Servine made her debut. Scharwenka made several recordings for Columbia Records in 1910 and 1913, including works of his own, as well as Chopin, Mendelssohn, Weber and Liszt: his account of Chopin’s Fantaisie-Impromptu (Op. posth. 66) is admired. There are Welte-Mignon piano rolls, including the Chopin A-flat Waltz, Op 42, and the F minor Fantaisie (Op. 49), his performance of which was famous. He recorded his “Polish Dance No. 1” in E-flat minor, Op. 3, No. 1 on Ampico reproducing piano roll in 1921.

Scharwenka’s own compositions include an opera (Mataswintha), a symphony, four piano concertos, chamber music (all with piano part) and numerous piano pieces; his piano idiom somewhat resembles Schumann and Rachmaninoff.

The four piano concertos are substantial works. The first, in B-flat minor, Op. 32, was completed in 1874 and premiered the following year. Originally written as a solo piano fantasy, Scharwenka was dissatisfied, and reworked it with orchestra into this form. Franz Liszt accepted the dedication and performed it in Berlin. Its first recording was made in 1968 with Earl Wild and the Boston Symphony Orchestra under Erich Leinsdorf. Wild had learned the concerto as a boy under Selmar Janson, who had studied it directly with the composer. When Leinsdorf asked Wild to record the concerto, he was able to say “I’ve been waiting by the phone for forty years for someone to ask me to play this”. 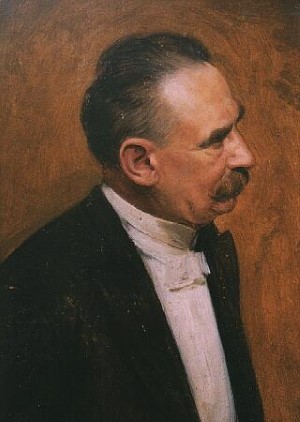 The fourth concerto, in F minor, Op. 82 (1908), was premiered on 18 October 1908 in the Beethovensaal, Berlin, with Scharwenka’s student Martha Siebold as the soloist and the composer himself conducting.

Scharwenka’s works were neglected for some years after his death; however, his “Polish Dance No. 1” in E-flat minor, Op. 3, No. 1, remained enormously popular. Since the mid-1990s, however, interest in his music has been rekindled, and recordings of most of his works are now available commercially. The recording of his Fourth Piano Concerto played by Stephen Hough with the City of Birmingham Symphony Orchestra conducted by Lawrence Foster was voted Record of the Year by the British music magazine Gramophone in 1996. His Symphony in C minor, Op. 60, received its CD premiere in 2004.