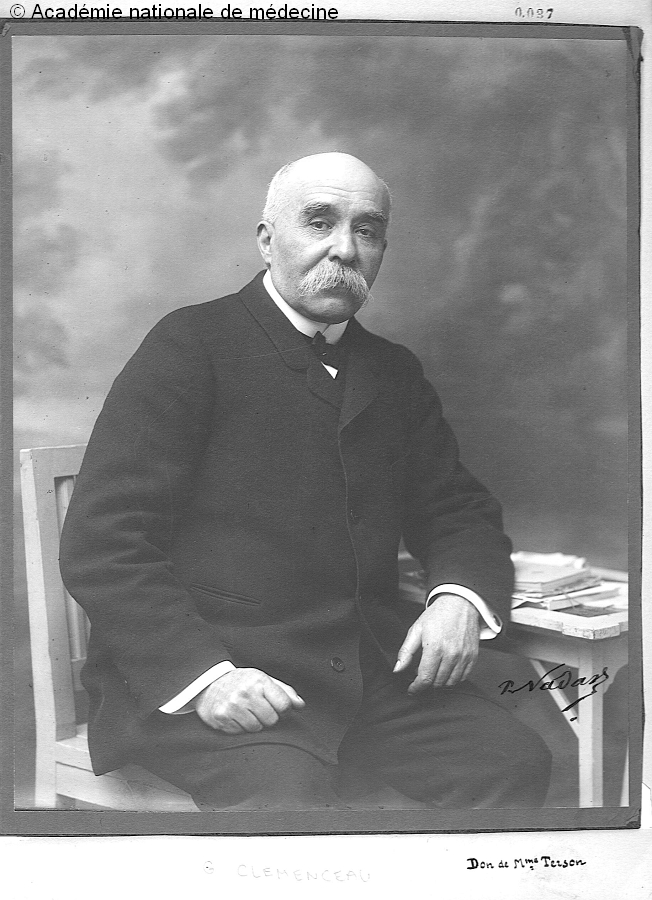 Georges Clemenceau, who was the pillar of the Alfred Dreyfus (1859-1935) struggle in 1898-1899. He was the son of a Republican doctor who was sentenced under the Empire-as he himself was in 1862. He was a doctor living in Montmartre when he was elected mayor of Paris’s 18th arrondissement on 5 September 1870. A deputy from the department of the Seine starting in 1871, he became the “destroyer of ministries.” As deputy from the Var in 1889, he became embroiled in the Panama Scandal because of the financing of his newspaper La Justice.

He was an editorialist for L’Aurore as of November 1897, and it was he who found the title I Accuse! for Zola’s letter to the President of the Republic. His own writings on the Affair-665 articles in three years-were published in seven volumes by Stock between 1899 and 1903. The final volume, La Honte [The Shame] evoked the period that followed the September 1899 pardon that led to the amnesty law of 1900-so denounced by Zola and Clemenceau both. On 2 February 1902, Clemenceau wrote in Le Bloc: “Monsieur Waldeck-Rousseau was able to stop the course of justice with the help of the condemned man himself.”

With respect to the family’s and the Government’s choice in the fall of 1899, the phrase “if I were his brother, I would have accepted” showed Clemenceau’s reticence in the face of a pardon that he described as “a stigmata of infamy.” This is no doubt because he remembered that in 1906, as President of the Council, he had not wanted Georges Picquart, who had become War Minister, to revise squadron leader Alfred Dreyfus (1859-1935)‘s years of active service.

Although this was a factor in Alfred Dreyfus (1859-1935)‘s retirement, when the lieutenant colonel was recalled to active duty during World War I, he received an Officer’s Cross in the Legion of Honor from the “Father of Victory” in July of 1919. Clemenceau retired from political life on 18 January 1920, and he died in Paris on 24 November 1929.