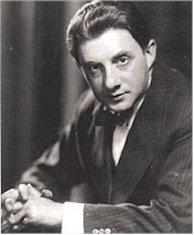 Born in London of Italian and French parentage, Barbirolli grew up in a family of professional musicians. After starting out as a cellist, he was given the chance to conduct, from 1926 with the British National Opera Company, and then with Covent Garden’s touring company. On taking up the conductorship of the Hallé he had less opportunity to work in the opera house, but in the 1950s he conducted productions of works by Verdi, Wagner, Gluck, and Puccini at Covent Garden with such success that he was invited to become the company’s permanent musical director, an invitation he declined. Late in his career he made several recordings of operas, of which his 1967 set of Puccini’s Madama Butterfly for EMI is probably the best known.

Both in the concert hall and on record, Barbirolli was particularly associated with the music of English composers such as Elgar, Delius and Vaughan Williams. His interpretations of other late romantic composers, such as Mahler and Sibelius, as well as of earlier classical composers, including Schubert, are also still admired.

In 1927, deputising at short notice for Sir Thomas Beecham, he conducted the London Symphony Orchestra in a performance of Elgar’s Symphony No. 2, winning the thanks of the composer. Barbirolli also won warm praise from Pablo Casals, whom he had accompanied in Haydn’s D major cello concerto at the same concert.

He conducted a Royal Philharmonic Society concert at which Ralph Vaughan Williams was presented with the society’s Gold Medal, and another RPS concert at which Gustav Mahler’s music, rarely heard at that time, was given – Kindertotenlieder, with Elena Gerhardt as soloist. Although Barbirolli later came to love Mahler’s music, in the 1930s he thought it sounded thin

Among Barbirolli’s state awards were a British knighthood in 1949 and Companion of Honour in 1969 and the Mahler Medal, Mahler-Bruckner Society of America, 1965.

Within six months of his return to Britain in 1943, Barbirolli resumed his contract with HMV, conducting the Hallé in the Third Symphony of Bax and the Fifth of Vaughan Williams, followed by works by a wide range of composers from Corelli to Stravinsky. In 1955 he signed a contract with Pye Records, with whom he and the Hallé recorded a wide repertoire, and made their first stereophonic recordings. These records were distributed in the US by Vanguard Records. A company was formed, named Pye-Barbirolli, of which he was a director: the arrangement was designed to ensure an equal partnership between the company and the musicians. They made many recordings, including symphonies by Beethoven, Dvorák, Elgar, Mozart, Nielsen, Sibelius, Mahler, Tchaikovsky and Vaughan Williams, as well as a few concertos, short orchestral pieces and operatic excerpts.

His Mahler recordings include the Fifth and Sixth Symphonies (with the New Philharmonia) and Ninth Symphony (with the Berlin Philharmonic).