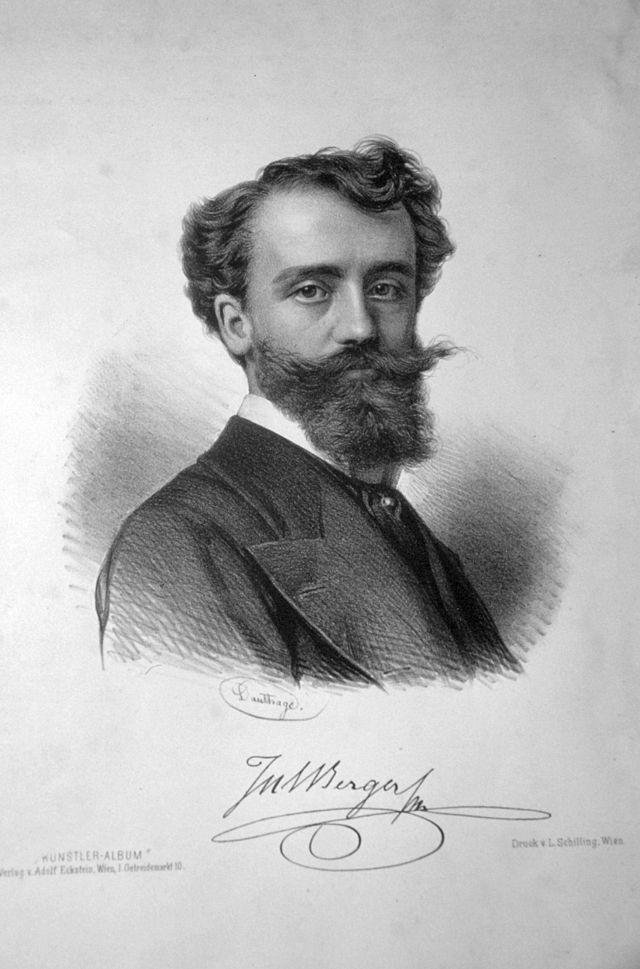 Julius Victor Berger was an Austrian painter who is known primarily for his genre paintings and portraits. Julius Berger’s was the son of Ignaz Johann Berger, who was also a painter. He entered the Academy of Fine Arts in Vienna at the young age of 14. In 1874 he was granted a three year scholarship to study art in Rome.

Upon returning to Vienna he briefly shared an apartment with fellow painter Jacob Emil Schindler (1842-1892) and his wife Anna Sofie Moll-Schindler-Bergen (1857-1938). While Schindler was traveling Berger began an affair with Anna. He was almost certainly the father of Margarethe (Grete) Julie Schindler (1880-1942), who was the half sister of Alma Mahler (1879-1964).

Berger became a professor of decorative painting at the Wiener Kunstgewerbeschule in 1881, and in 1887 a professor at the Academy of Fine Arts. Among his friends was the history painter Hans Makart. Berger’s most recognized work is the ceiling painting in Hall XIX of the Kunsthistorisches Museum in Vienna.

Ceiling painting in Hall XIX of the Kunsthistorisches Museum in Vienna by Julius Victor Berger (1850-1902).