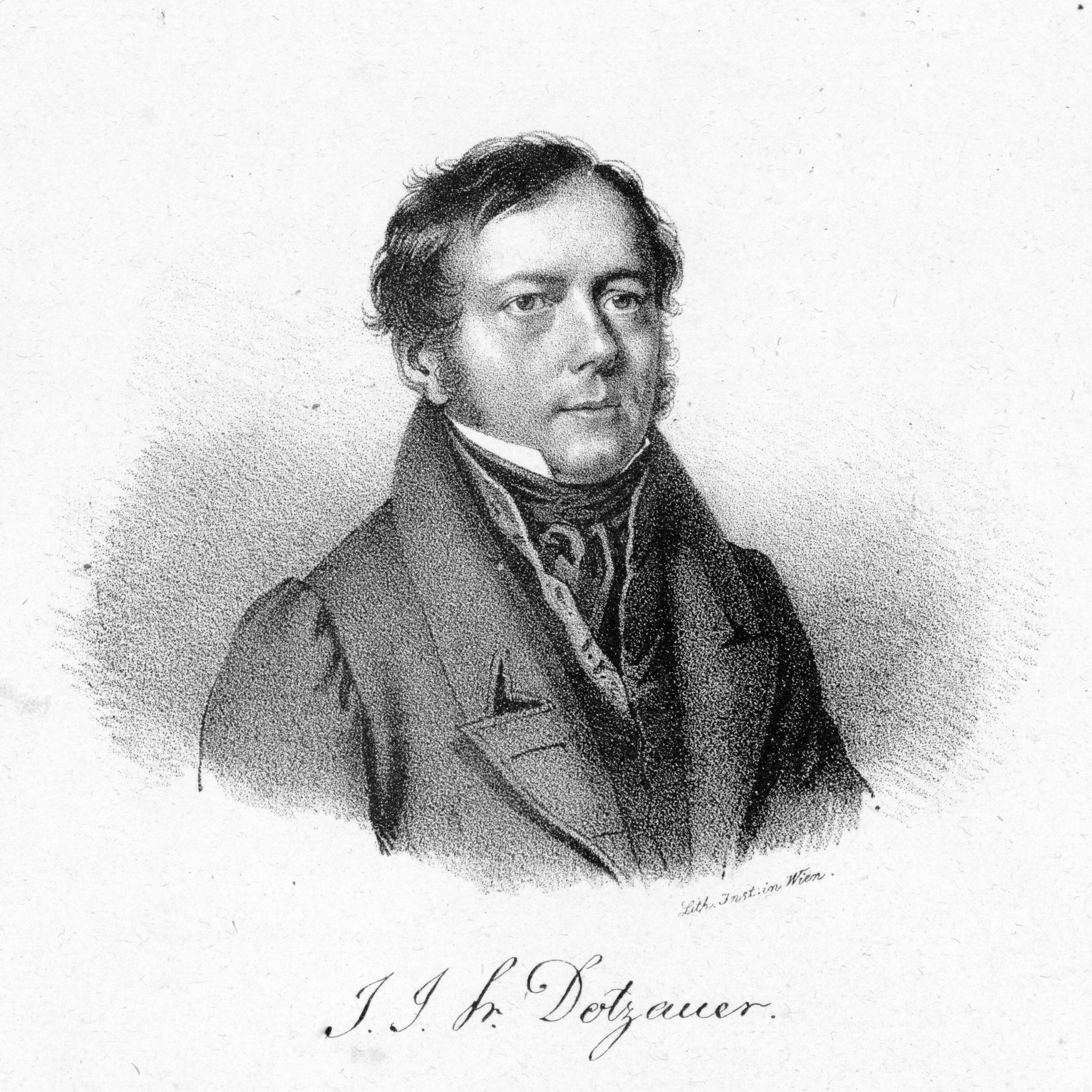 Justus Johann Friedrich Dotzauer was a German cellist and composer.

Born to a father who was a church music minister, he learned at a young age to play a number of instruments, including piano, double bass, violin, clarinet, and horn. He also was instructed in music theory by the local church organist.

He received his first cello lessons from the court trumpeter, and, having chosen cello as his instrument, he went on to study with various other teachers, and eventually found his way into the Leipzig Gewandhaus Orchestra, and then the Dresden Court Orchestra, where he remained until he retired in 1850 at 67, ten years before his death.

During the years 1801-1805, Dotzauer was a cellist for the Meiningen Court Orchestra (Hofkapelle).

Although Dotzauer wrote many symphonies, concertos, operas, chamber works and sonatas, he was most recognised and famed for his Violoncellschule, 4 volumes of 113 exercises and caprices for unaccompanied cello.