Marco Enrico Bossi was an Italian organist, composer, improviser and pedagogue. Bossi was born in Salò, a town in the province of Brescia, Lombardy, into a family of musicians. His father, Pietro, was organist at Salò Cathedral, which has a one-manual organ built by Fratelli Serassi from 1865 (opus 684), which was restored in 2000/2001. He had two brothers, Costante Adolfo Bossi and Pietro Bossi.

He received his musical training at the Liceo Musicale in Bologna and the Milan Conservatory, where his teachers included Francesco Sangalli (piano), Amilcare Ponchielli (composition) and Polibio Fumagalli (organ). In 1881, Bossi became director of music and organist at Como Cathedral. Nine years later, he was appointed as professor of organ and harmony at Naples Conservatory. In addition, he held directorships at conservatories in Venice (1895–1901), Bologna (1902–1911) and Rome (1916–1923), where he established and implemented the standards of organ studies that are still used in Italy today. His notable pupils included Giulio Bas, Giacomo Benvenuti, Giorgio Federico Ghedini, and Gian Francesco Malipiero. 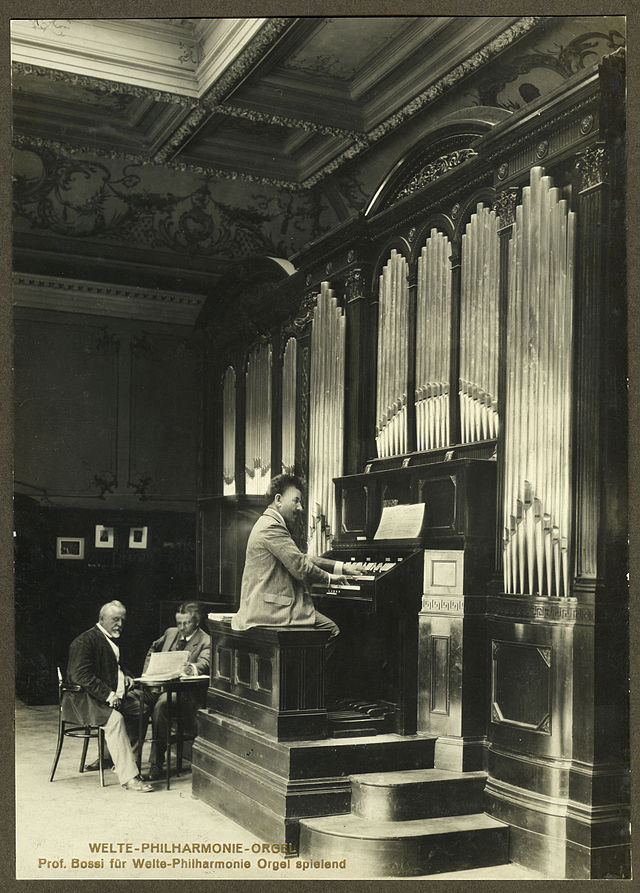