He studied from 1882 to 1888 at the Akademie der Bildenden Kunste in Vienna under the Austrian painter Leopold Carl Muller (1834-92). In 1886 he was awarded the first Hofpreis.

His early paintings, religious in content, included Saved (1887, Graz, Neue Gal.), Ave Maria (1899, Brno, Mus. City) and the altarpiece The Heart of Jesus (1912, Linz, Cathedral). In 1890 he made a trip to Rome. From 1894 he was a member of the Kunstlerhaus in Vienna and was associated with the Hagenbund. In 1896 he won the minor gold medal at the Internationale Kunstausstellung in Berlin, and in the following year he was a founder-member of the Vienna Secession.

He participated in many exhibitions, contributing both paintings and sculptures. In 1902, for example, he provided four small bronze free-standing sculptures on pedestals, in the form of female wreath-bearers for Max Klinger’s Beethoven exhibition, and in 1907 he exhibited the bronze bust of an Old Woman. He was President of the Secession in 1904-1905 and 1912-1914. He produced many drawings and woodcuts for Ver Sacrum.

As a painter, besides his religious paintings, Bacher mainly concentrated on portraits. These were generally life-size, full-length portraits characterized by poetic sincerity, as in the portrait of Rudolf von Alt (1900, Vienna, Albertina) and the full-length Portrait of Two Women (1901, Vienna, Belvedere). As a sculptor his favourite subject was animals, sometimes portrayed with caustic humour.

From 1903 to 1933 Bacher was a professor at the Academy in Vienna, serving several terms as Director and Deputy Director between 1911 and 1929, and in 1933 being made an honorary member. He was awarded the Goethe Medal for Art and Science in 1942, and the Waldmuller prize in 1943. 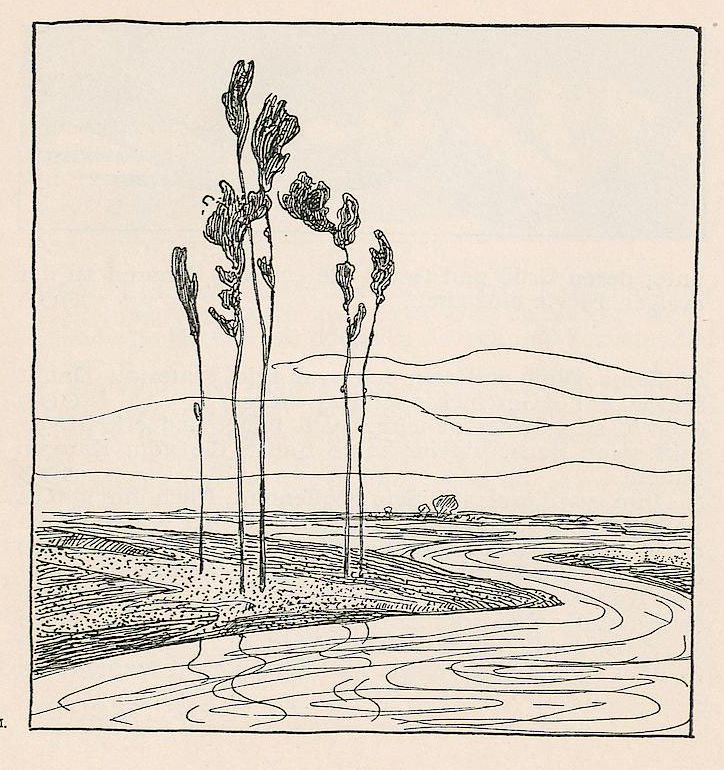