Thérèse (Therese) Schwartze was a Dutch portrait painter. She was the daughter of the painter Johan Georg Schwartze, who grew up in Philadelphia and trained in Düsseldorf. Sister of Georgine Schwartze (1854-1935).

Schwartze received her first training from her father, before studying for a year at the Rijksacademie van Beeldende Kunsten. She then travelled to Munich and studied under Gabriel Max and Franz von Lenbach. In 1879 she went to Paris to continue her studies under Jean-Jacques Henner. When she returned to Amsterdam she became a member of Arti et Amicitiae. She also belonged to a group of artists known as the Amsterdamse Joffers. Schwartze exhibited her work at the Palace of Fine Arts at the 1893 World’s Columbian Exposition in Chicago, Illinois. 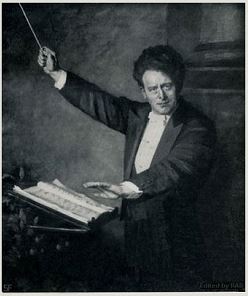 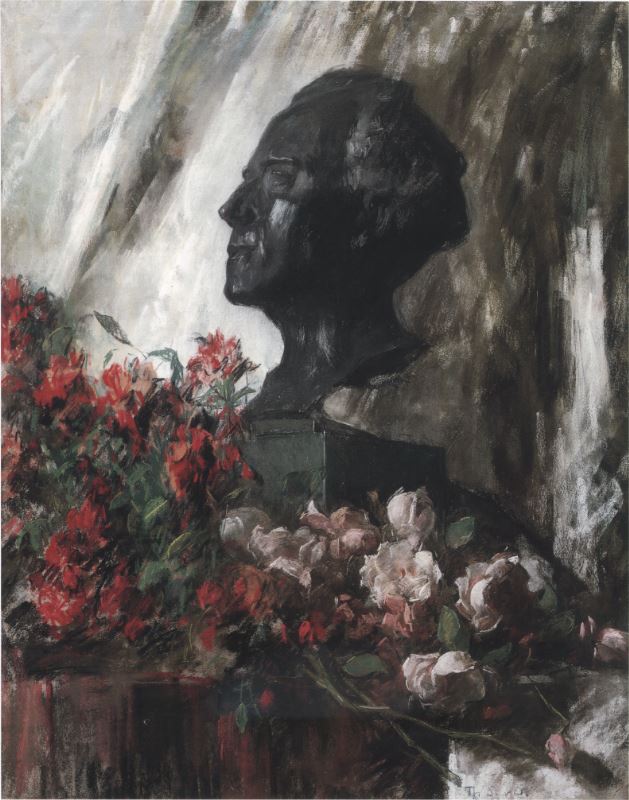 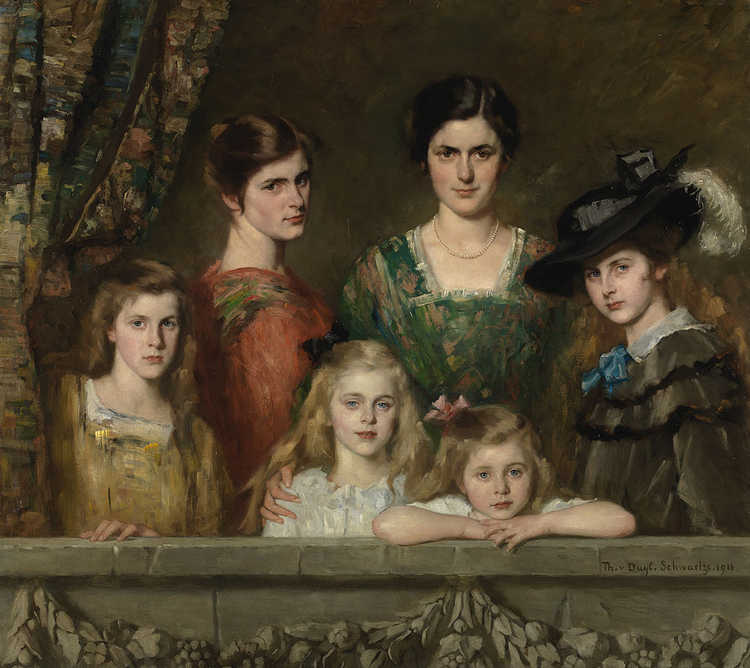 On 22 July 1918 her husband, Anton van Duyl, died. As Schwartze was in bad health at that time (and tried to hide this), the death of her husband was a blow that she could not overcome easily. She died in Amsterdam on 23 December 1918 from a sudden illness.

Her portraits, mostly of Amsterdam’s elite, are remarkable for excellent character drawing, breadth and vigour of handling and rich quality of pigment. She signed her works “Th. Schwartze” and was married late in life in 1906 to Anton van Duyl, whereupon she signed works with “Th. v Duyl.Schwartze”.

She was one of the few women painters who had been honoured by an invitation to contribute their portraits to the hall of painters at the Uffizi Gallery in Florence. Some of her best pictures, notably a portrait of Piet J Joubert, and Three Inmates of the Orphanage at Amsterdam, are at the Rijksmuseum, and one entitled Five Amsterdam Orphans at the Boijmans Van Beuningen Museum in Rotterdam.