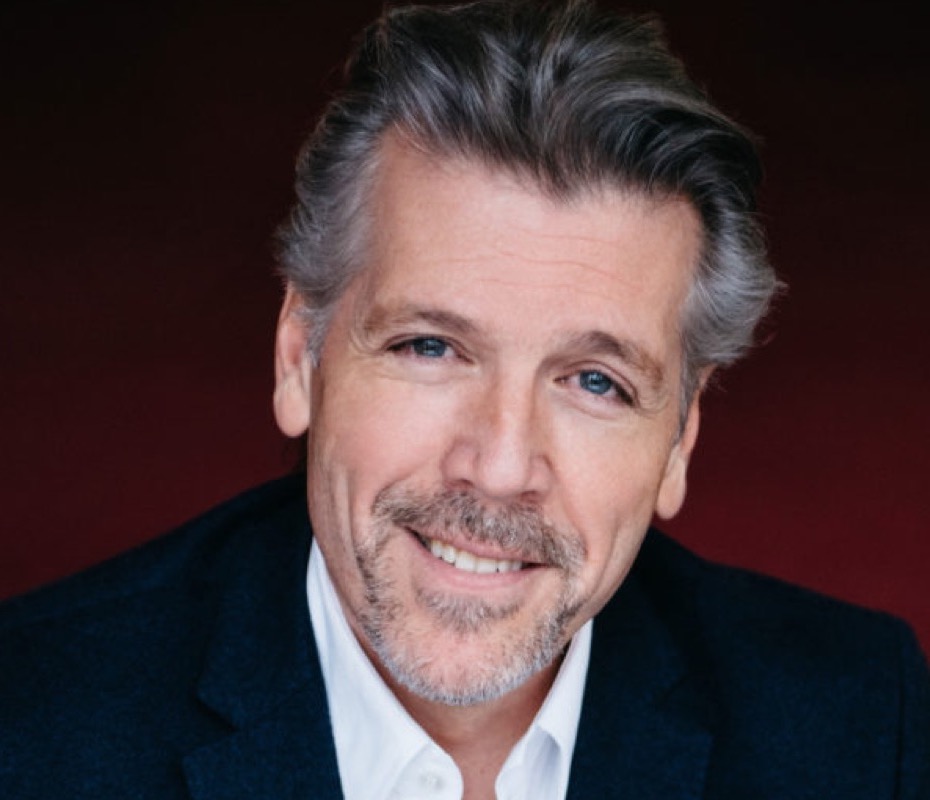 Thomas Walter Hampson is an American lyric baritone, a classical singer who has appeared world-wide in major opera houses and concert halls and made over 170 musical recordings.

Hampson’s operatic repertoire spans a range of more than 80 roles, including the title roles in Mozart’s Don Giovanni, Rossini’s Guillaume Tell and The Barber of Seville, Ambroise Thomas’ Hamlet, and Tchaikovsky’s Eugene Onegin. The center of his Verdi repertoire remains Posa in Don Carlo, Germont in La Traviata, the title roles in Macbeth and Simon Boccanegra, and more recently also Amfortas in Wagner’s Parsifal and Scarpia in Puccini’s Tosca.

As a recitalist, Hampson has won worldwide recognition for his thoughtfully researched and creatively constructed programs that explore the rich repertoire of song in a wide range of styles, languages, and periods. He is one of the most important interpreters of German Romantic song – especially known for his interpretations of the music of Gustav Mahler – and, with his “Song of America” project collaboration with the Library of Congress, has become known as the “ambassador” of American song.

Dame Elisabeth Schwarzkopf once said of her student, “[Thomas is] the best singer in Europe right now.”

His U.S. recital debut occurred 14 April 1986 at The Town Hall in New York, where The New York Times praised him for “good looks, a commanding stage presence and, even within the confines of the recital format, and apparently vivid theatricality…”. Shortly after, he made his Metropolitan Opera debut on 9 October 1986 as the Count in Le Nozze di Figaro. In 1986, he was invited to audition for Leonard Bernstein, which led to Hampson’s participation in the 1987 semi-staged performance of La bohème in Rome, led by Bernstein, and, soon after, their legendary performances with the Vienna Philharmonic of Gustav Mahler’s Kindertotenlieder (1988), Rückert-Lieder, and Lieder eines fahrenden Gesellen (1989). From this point forward, he was recognized as “among the leading lyric baritones of the late century.”

In 1990, Hampson released his first solo recital album on Teldec titled Des Knaben Wunderhorn, in collaboration with Geoffrey Parsons. The New York Times praised the recording, saying that “the performances have a luminous beauty and cast a storyteller’s spell.” In February and March of the same year, Hampson continued his partnership with Bernstein, first in a widely appreciated performance of Mahler’s Rückert-Lieder and Lieder eines Fahrenden Gesellen, and then for his Carnegie Hall debut, performing Mahler’s two cycles with the Vienna Philharmonic (Bernstein’s last public performances in the venue). In November, he made his San Francisco Opera debut, performing the title role in Monteverdi’s Il ritorno d’Ulisse in Patria and role debut as Don Giovanni at the Metropolitan Opera.

Hampson began 1993 by performing his first rendition of the title character in Ambroise Thomas’s Hamlet in Monte Carlo. The performance was subsequently recorded for EMI/Angel. That year, he continued to add to his repertoire with performances including Il Barbiere di Siviglia at The Royal Opera House, Covent Garden, and the Met, his debut in the role of Posa in Verdi’s Don Carlo in Zürich, the title role in Hans Werner Henze’s Der Prinz von Homburg, and Choräbe in Les Troyens at the Met. 1993 also saw the beginning of Hampson’s institutional involvement in the classical world, when he gave a series of masterclasses at the Tanglewood Festival in Lenox, Massachusetts. He was also awarded an honorary doctorate of music in his hometown of Spokane, Washington from Whitworth College that same year, and took a large role in the publication of a new critical edition of Mahler songs, alongside which he released a recording in collaboration with Geoffrey Parsons.

In January 1994, Hampson made his debut with the Houston Symphony Orchestra, singing Mahler and Copland, and conducted by Christoph Eschenbach. Later that month he was named Male Singer of the Year by the International Classical Music Awards. He then embarked on a five-month tour that led him to over twenty cities, featuring recitals debuts in Reutlingen, State College, Washington, D.C., Iowa City, Fort Worth, Quebec, and Buffalo, New York. In July, he opened the Mostly Mozart Festival in a telecast Live from Lincoln Center, and then in August, he performed at the Salzburg Festival with a solo recital of Barber and Mahler. In September, he sang the leading role in the world premiere of the Conrad Susa and Philip Littell’s opera, The Dangerous Liaisons, and then in October recorded the 20 Lieder und Gesänge based on his and Dr. Renate Hilmar-Voit’s research.

In 1995, Hampson received two awards for his contribution to classical music: the Cannes Classical Music Award for Singer of the Year in 1994, and the Echo Music Prize for Best Male Singer. That year, he went on to perform in a number of significant productions, including Das Lied von der Erde at Carnegie Hall under the baton of James Levine, a Live from Lincoln Center telecast with Kathleen Battle, a performance of Britten’s War Requiem in Rome conducted by Wolfgang Sawallisch, a recital of all of Gustav Mahler’s songs (Hampson’s new critical edition) for the Mahler Festival at Concertgebouw, and another engagement with Sawallisch and the Philadelphia Orchestra at the Academy of Music.

In early 2000, Hampson returned to his fascination with Gustav Mahler, performing a Mahler-centric recital at Carnegie Hall in February. He also reprised his performance in Doktor Faust at the Met. That year, he served as a member of the Artistic Committee for the Kennedy Center Honors and sang at the Centennial Celebration for Elinor Remick Warren at the Washington National Cathedral. Appearing again with Renée Fleming, Hampson also put out a recording of Massenet’s Thaïs late in the year.

In addition to his performance schedule, much of Hampson’s modern career has centered on music scholarship and education. As such, in March 2010 he spearheaded the first-ever live streaming classical music available on a mobile app: a master class on Mahler songs, hosted by the Manhattan School of Music’s Distance Learning Program. That year, he performed in the composer John Adams’s 19-minute musical monologue, The Wound-Dresser. He also appeared in a trouble-ridden production of La Traviata that year, under the baton of Leonard Slatkin, who later removed himself from the production.

Also in 2010, Hampson was elected into the American Academy of Arts and Sciences.

In 2011, Hampson sang the role of Rick Rescorla in the world premiere of Christopher Theofanidis’ Heart of a Soldier with the San Francisco Opera, based on a true story from 9/11. Hampson continued activities in the Mahler community, performing in over 50 concerts of Mahler’s music in 2011 in honor of the centennial of Mahler’s death.

That year also saw the debut of the Song of America radio series, co-produced by the Hampson Foundation and the WFMT Radio Network of Chicago. Hosted by Hampson, the series consists of 13 hour-long programs exploring the history of American culture through song; it has aired in more than 200 U.S. markets.