Niagara Falls is the collective name for three waterfalls that straddle the international border between Canada and the United States; more specifically, between the province of Ontario and the state of New York. They form the southern end of the Niagara Gorge.

Located on the Niagara River, which drains Lake Erie into Lake Ontario, the combined falls form the highest flow rate of any waterfall in the world that has a vertical drop of more than 165 feet (50 m). Horseshoe Falls is the most powerful waterfall in North America, as measured by vertical height and flow rate. The falls are 17 miles (27 km) north-northwest of Buffalo (NY).

After the Cleveland concert (1910 Concert Cleveland 06-12-1910) the New York Philharmonic Orchestra (NYPO/NPO) remained in Buffalo overnight while Gustav Mahler took a night train to Buffalo. He had arranged to meet Alma there in the early hours of the morning (07-12-1910) so they could visit Niagara Falls together. Theodore Spiering (1871-1925) went to the station to collect Alma Mahler from New York. Gustav and Alma met at the hotel and (after a short rest) took the train to Niagara and drove from there in an antediluvian carriage to the falls.

It was a day of wintry sunshine. Every twig was coated in ice. When they got right up to the falls, an down by a lift, the strength of the greenish ligt hurt their eyes and they heared the thunder of water beneath the roof of ice. The snowwhite plain stretched out endlessly. It was of a dreamlike beauty.

Gustave and Alma sent a number of postcards from Niagara Falls, including one to Grafin Maria Misa von Wydenbruck-Esterhazy (1859-1926): “What do you say to this ‘Scene by the Brook’ at which we also thought of our friend?”. (Postmark 08-12-1910)

They ate in a lttle restaurant and went back to the hotel in Buffalo by a little carriage and a little train. Mahler went straight to bed as he had to conduct that evening (1910 Concert Buffalo 07-12-1910). Alma went back to New York by train that same day (nine hours ride). 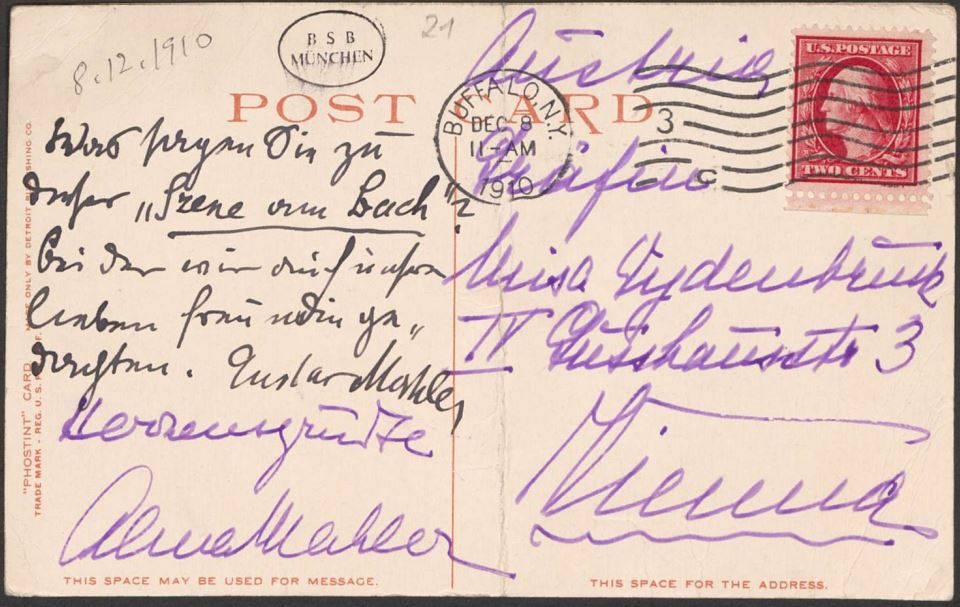 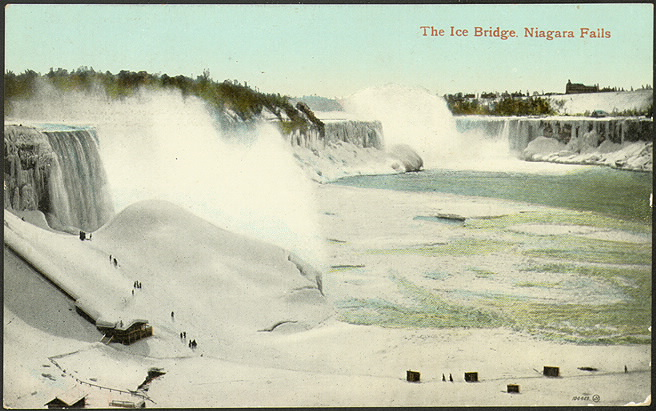 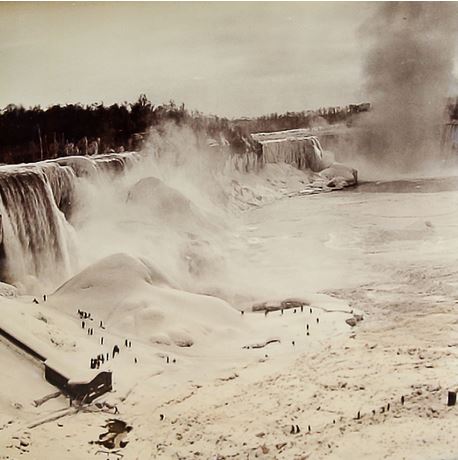 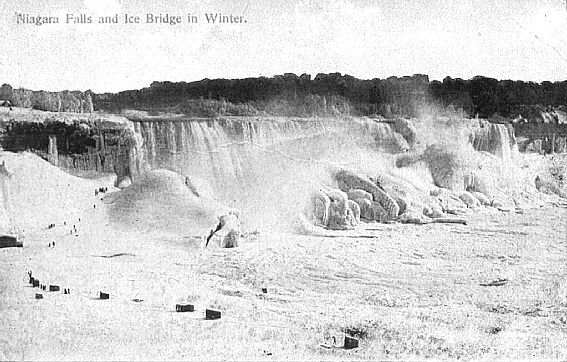 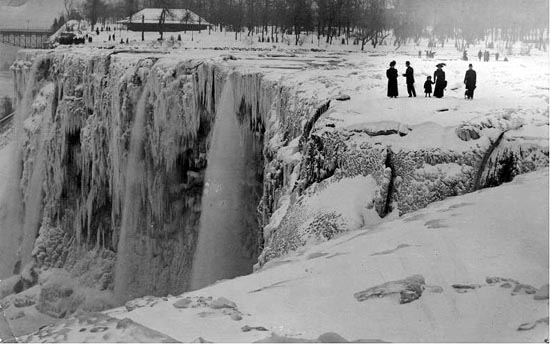 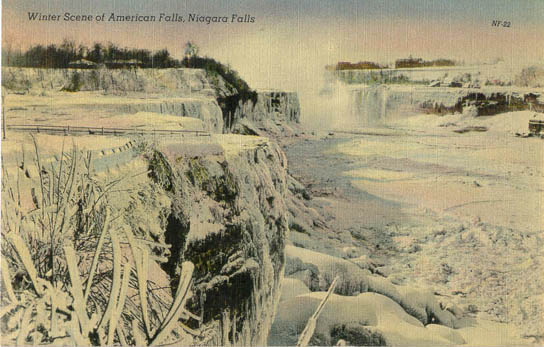 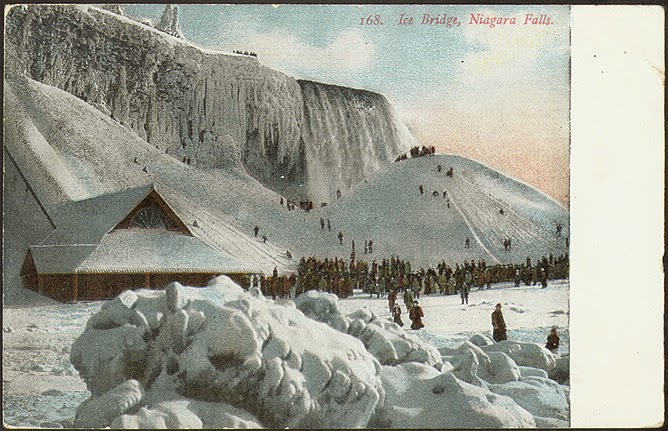