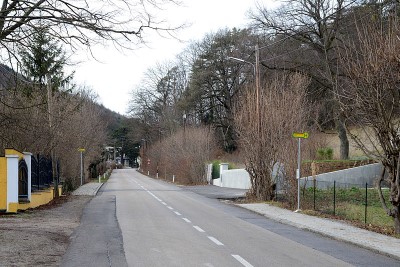 Hinterbrühl is a town in the district of Mödling in the Austrian state of Lower Austria. It is home to the Seegrotte, a system of caves including Europe’s largest underground lake. Hinterbruhl was settled as early as 6,000 years ago. In 1182, the first named Hinterbrühler was found to be Gerungus de Prule. Like the neighbor areas, Hinterbrühl suffered mightily under the two Turkish sieges of 1529 and 1683.

Since a majority of the population was killed, the area was inhabited by settlers who moved north from Styria after 1683. Since 1883, Mödling and Hinterbrühl Tram, the first electric streetcar in continental Europe, linked Hinterbrühl to Mödling railway station. It was closed on March 31, 1932. Today, only the Bahnplatz remains of this historic achievement. 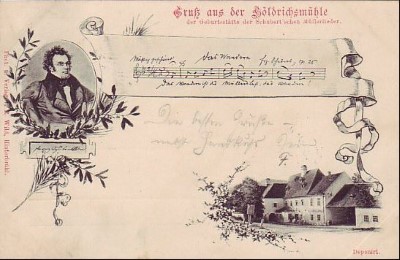 Hinterbruhl. Postcard showing the Höldrichsmühle inn in Hinterbrühl, Lower Austria. The card shows a portrait of the composer Franz Schubert, together with an incipit of Das Wandern, the first song in Schubert’s Die schöne Müllerin song cycle. There appears to be no documentary evidence to back up this claim, though there is evidence that Schubert wrote Die schöne Müllerin in hospital in Vienna. 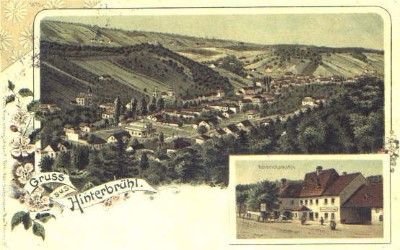 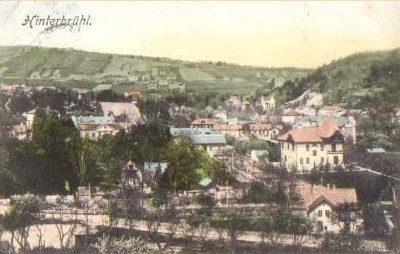 The Hinterbrühl Seegrotte (Lake Grotto) is a large underground lake located in Hinterbrühl. This grotto is an important historic site. It is open to the public for tours. The grotto is actually an old gypsum mine. By the end of 1800 it was used to make red and white plaster. In 1912 a blast released millions of gallons of water and flooded the lower caverns of the mine, creating the largest underground lake in Europe.

In the 1930s a team of cave explorers found the lake and finally managed to open the grotto for the public. The upper (non-flooded) tunnels of the same old mine were reused by Nazi German authorities as an aircraft-manufacturing facility with the use of forced labor called Seegrotte. 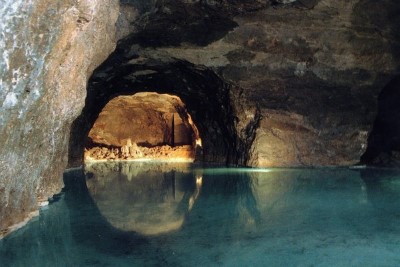 Holdrichsmühle, an old mill, is an hotel in Hinterbrühl, that was featured on the 24g Austrian definitive stamp of 1945 (SG936). Holdrichsmühle was a regular subject for postcards from the late 1890s onwards. Many of these cards claim an association with the composer Franz Schubert, and there have been various plaques and internal features in support of these claims. Early postcards claim that Schubert wrote Die schöne Müllerin here, later cards claim that it was Der Lindenbaum (from Winterreise).

There is no documentary evidence to support these claims, though there is a claim in Deutsch’s Schubert: Memoirs by his friends made by Hermann Rollett in 1897 that he had seen Franz Schubert at Holdrichsmühle around 1825 or 1826, when Rollett was aged seven.