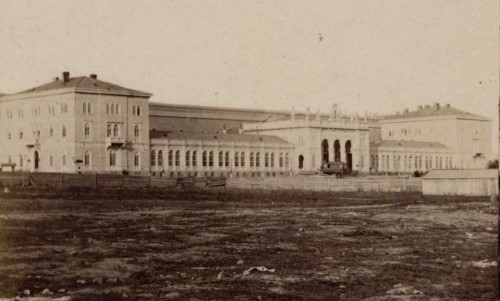 Wien Westbahnhof (Vienna West station) is a major Austrian railway station, the original starting point of the West railway (Westbahn) and a former terminus of international rail services. Westbahnhof is in Vienna’s 15th District (Rudolfsheim-Fünfhaus) on the Gürtel (inner-city ring road). Westbahnhof is one of the busiest stations of Vienna and used to be of one of several termini for international trains in the city.

Built for the western railway (originally called the k.k. privilegierte Kaiserin-Elisabeth-Bahn), the station was designed by the architect Moritz Löhr and opened in 1858. The facility was made up of four sections built in a historical style.

The main hall was 104 metres long and originally 27.2 metres wide. It was covered by a beamed iron awning and provided space for four tracks. Intervening peninsular platforms were not yet available. The exit from the hall was flanked by two towers. On the east, a two-story administration building separated the trackage from the Gürtel.

The side wings included provision for arrivals and departures. The southerly departure side consisted of an ornamented portal with steps and three large arches supported by columns, that were crowned with statues. Access passages to the left and right of these led to the two two-storey office buildings. Through this portal, one entered the ticket hall and the departure platform. On slightly elevated terrain, the departure side offered the most impressive view of the station from the southeast. This motif was repeated in the northerly arrival side; however because of the grade, the building’s foundation was lower and the portal not built up as high, as arcades offered passengers who were waiting for carriages or carts protection from the elements.

In order to deal with the increased number of passengers, the two towers that flanked the departure gate were moved further apart in a modification that lasted from 1910 to 1912. The roof construction was also changed and space for a fifth track was attained. In addition, further covered platforms and departure tracks were provided in the foreground of the tracks in the terminal proper. 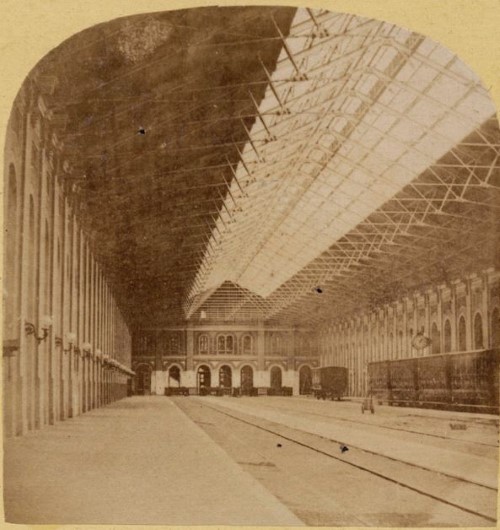 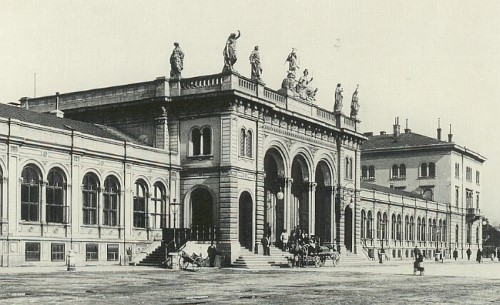 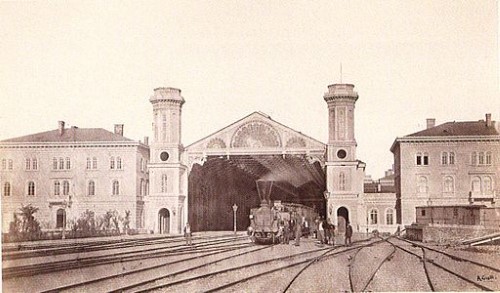 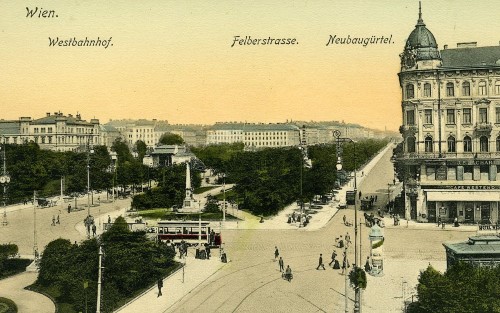 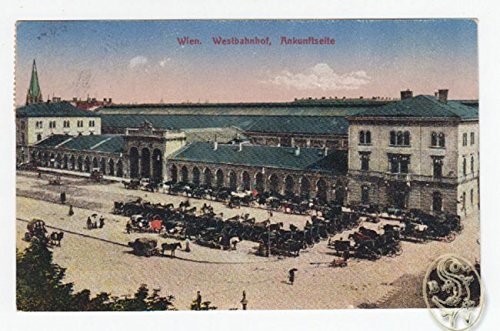 In April 1945 the station was hit by bombs and burnt down in the course of battles at the end of World War II; the roof of the gallery collapsed. After the end of the war, the buildings were by necessity adapted for the needs of rail travel, but a complete reconstruction was decided upon, so the station was torn down in 1949. 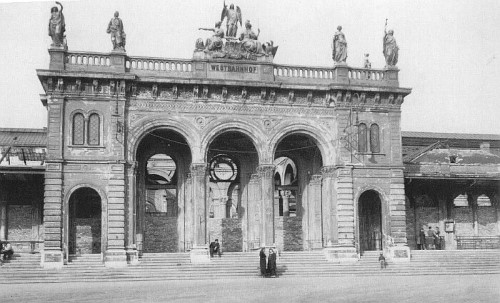 A statue of namesake of the original railway Empress Elisabeth from the original facade of the station still recalls the old station in the lower hall of the new Westbahnhof. 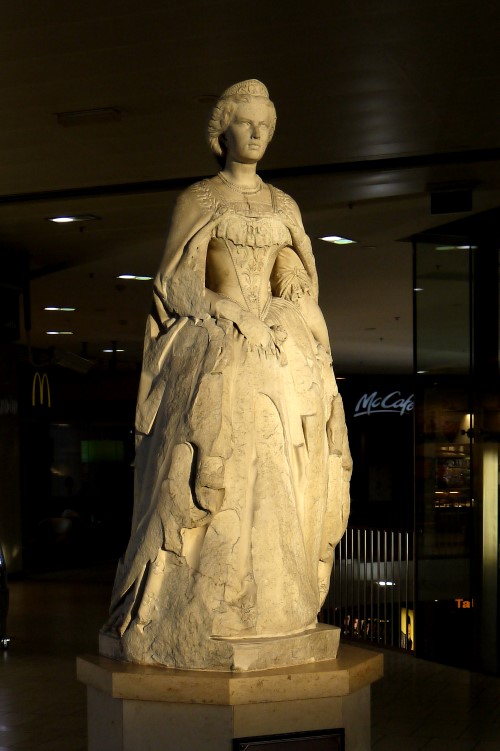