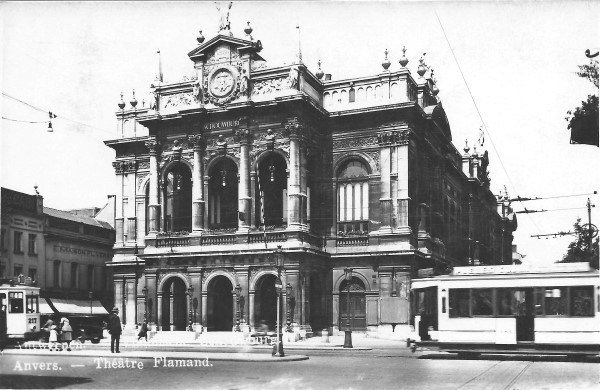 Over the years Antwerp had several theaters under various names.

At the top of the Mahler poster is listed in Dutch “Koninklijke Schouwburg van Antwerpen” (Royal Theater of Antwerp).

The Dutch theater was inaugurated on 16 August 1874 on the Kipdorpbrug. The “Nationaal Tooneel” (National acting, founded in 1853) is called “Nederlandsche Schouwburg” (Dutch theater) from that moment on. In 1903, the Dutch theater got the prefix “Koninklijk” (Royal) on the occasion of it’s 50th anniversary. From 1934, the K.N.S. (“Koninklijke Nederlandse Schouwburg”, Royal Dutch Theater) is situated in the “Théâtre Royal” at the Comedy Place. Throughout the years, the Bourla Theater had various names, including the Théâtre Royal. 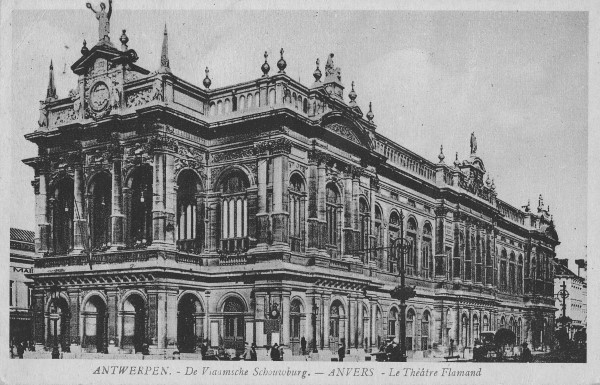 As the Mahler concert was in 1906, it took place in the Koninklijke Nederlandse Schouwburg (Royal Dutch Theater) on the Kipdorpbrug (Kipdorp bridge).