The history of the hotel dates back to 1855, when the family of Ignatz Theodor Metz moved from Strasbourg to Cologne and purchased the square facing the Cathedral. In order to finance the enormous cost, they charged an “entrance fee” to the people of Cologne wanting to walk into the Cathedral Square, known today as Roncalli Square.

In 1857, the first “Hotel du Dome” was opened by Ignaz Metz from Strasbourg. However, the architect had made a mistake in the static calculations. As a result, the ceiling of the grand ballroom collapsed on opening day. Luckily, no event was taking place there at the time. The Metz family built another hotel on the same spot, which had to be demolished soon after completion, however, following the request from the Cathedral Society, as the city of Cologne wanted a larger, more impressive square in front of the Cathedral, which was finished in 1885.

The third Dom hotel was then built at its present location and opened in 1893. Under the German Empire, it became a traditional accommodation for dukes, diplomats and leading figures of the arts, the industry and the trade. It was the preferred residence of statesmen, actors and artists. 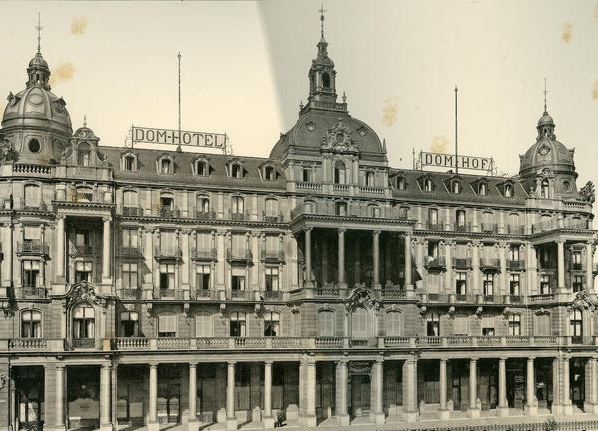