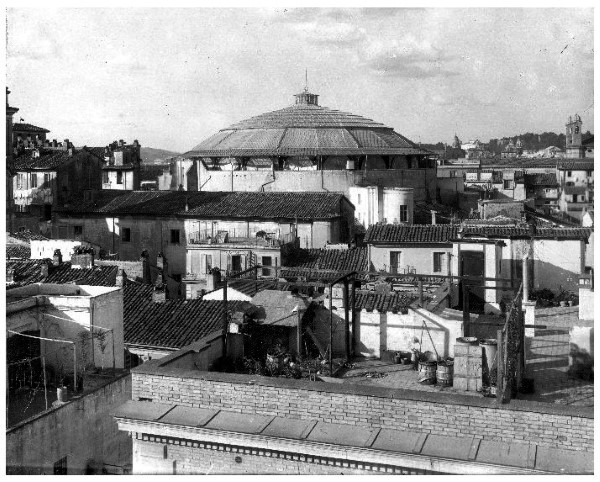 Mausoleum of Augustus. Emperor Augustus died August 19th, 14 AD, after ruling over Rome for 41 years as the first Imperial Emperor. Built in 28 BC, the Mausoleum was a “who’s who’ of ancient Rome.

The list of interred included Augustus, his mother Atia Balba, his 3rd wife Livia, his sister Octavia and her son Marcellus, the Emperor Tiberius and Drusus Germanicus (Livia’s children from a previous marriage), Gaius, Lucius and Marcus Vipsanius Postumus (grandchildren of Augustus from his daughter Julia) and Marcus Agrippa (architect, soldier, son-in-law and best friend).

Once the Romans had seen the Tomb of Mausolus in Halicarnassus (Bodrum, Turkey), the term ‘Mausolea’ was adopted to describe all of their above ground tombs of Rome. Although the Mausolea of Halicarnassus was square, the Romans preferred the ‘rotunda’ shaped monument and from the 1st century BC these round mausoleums decorated the Appian Way leading into the city. Only the Emperors and their families were allowed burial rights inside the walls of Rome.

The Mausoleum Rotunda of Augustus was a marvel to behold, 295’ in diameter and 137’ tall and capped with cypress trees and a 15’ bronze replica of the Emperor.

As legend goes, when Rome was sacked in 410 by Alaric and the Visigoths, they broke into the Mausoleum and stole the gold funerary urns, dumping out the ashes. In one act of destruction, over 250 years of Rome’s royalty literally went up in a puff of smoke.

The grand monument was built of brick and covered with travertine marble. Augustus is remembered for the words, ‘Marmoream se relinquere, quam latericiam accepisset’ (I found a city of brick and left a city of marble). How ironic that his tomb was found in marble and left as a ruin of brick. 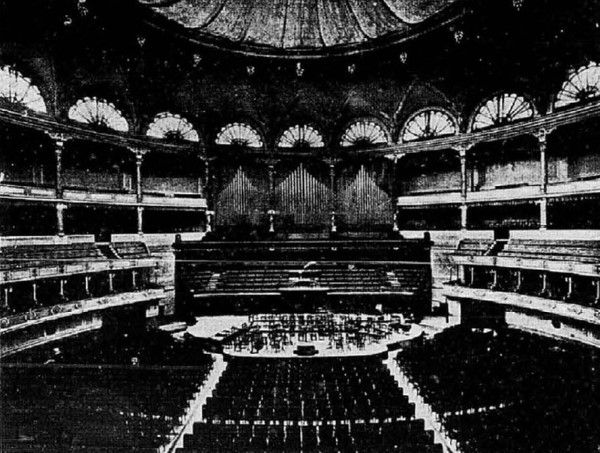 Over the years the travertine was removed to build the new churches of Rome. In 1519, Pope Leo X removed what was left of the marble and used it to pave the via Ripetta.

The over 45’ obelisks that once flanked both sides of the Mausoleum entrance ended up in the Piazza dell’Esquilino near the Basilica of Santa Maria Maggiore and the Quirinale Hill next to the ancient statues of the Dioscuri outside of the Quirinale Palace.

The afterlife of the Mausoleum was mostly filled with disrespect but there were a few brief moments of joy.

In the 12th century during the wars between the Guelphs (Pope supporters) and Ghibellines (Holy Roman Emperor supporters) the Mausoleum became the city fortress for the Pope supporting (Guelph) Colonna family till it was blown up in 1167 by forces led by the Ghibelline Orsini family of Rome and the Counts of Tusculum (about 25km southeast of Rome).

In 1780, the property was sold off to the Marquis Portuguese, Vincenzo Hands Correa who turned it into the open air Anfiteatro Corea, a place for concerts, firework displays, animal hunts and bullfights and a hot air balloon ascension in 1788. However, in 1802, Pope Pius VIII took the Mausoleum back into the arms of the Vatican. He discontinued the animal hunts and fireworks but the carnivals and family style extravaganzas continued.

After the Italian Unification in 1870, the Vatican sold the Anfiteatro Corea (Mausoleum) to a Count Telfener who covered it with a roof, built seating for over 2,000 and staged concerts, plays, horse shows. In 1878, he changed the name to the Amphiteatro Umberto I (in honor of the new King of Italy).

In 1907 the Anfiteatro Corea/Amfiteatro Umberto I was renovated into the 3,500 seat concert hall known as the Augusteo Concert Hall or ‘The Augosteo’, the home of the well known Academia Nazionale di Santa Cecilia Rome Concert Orchestra, one of the oldest music institutions in the world.

All was going well for the old mausoleum. The wonderful Art Nouveau ‘Augosteo’ theater was a big success and beloved by the Romans. But then it all ended in 1937 when Benito Mussolini made plans to celebrate his Bimillennial (2000th) anniversary of the birth of the Emperor Augustus.

The plans included tearing down the neighborhood around the Muasoleum and constructing the grand Piazza Augosto Imperatore.

A museum was created to hold the 9 BC Ara Pacis Altar dedicated to Pax, the Roman Goddess of peace after Augustus came back from the wars in Hispania and Gaul. The altar was moved to the newly renovated Piazza Augusto Imperatore in 1938 as part of Mussolini’s plans.

The Istituto Nazionale Fascista Previdenza building built at the same time still stands in the Piazza and still proudly displays the Fascist façade of flying Victories carrying a bundle of fasces (tied rods).

The Mausoleum was going to be his showpiece of the new Piazza. Mussolini thought of himself as the second coming of the emperor Augustus who would create the new Italy as a World power.

The ‘Augosteo’ was destroyed. Mussolini stripped the building of everything not related to the ancient mausoleum. He planted cypress trees around the base and built a squat round tower over the (presumed) spot where the funerary ashes of Augustus once resided.

By 1939, Italy was at War and most of the municipal projects screeched to a halt. This was literally the end of the Mausoleum of Augustus.

After the war, it became a shelter for the Roman homeless and vagrant gypsies. Eventually it was closed off to the public. A high fence now surrounds the monument keeping out everything but stray cats and smaller animals.