There is a small ornament right next to the stairwell: this is the mouthpiece, the Sprechrohr, with which maid Koosje spoke to the one who was outside. Through this tube the voices of Gustav Mahler, Matthijs Vermeulen (1888-1967), Willem Mengelberg and many others sounded. After Koosje had asked who was present, she called the composer or she received a letter or score. Koosje herself spent her working life in the service of the Diepenbrocks in a small attic room. 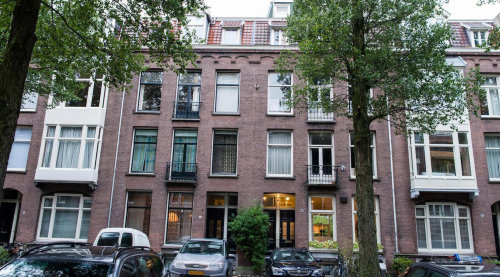 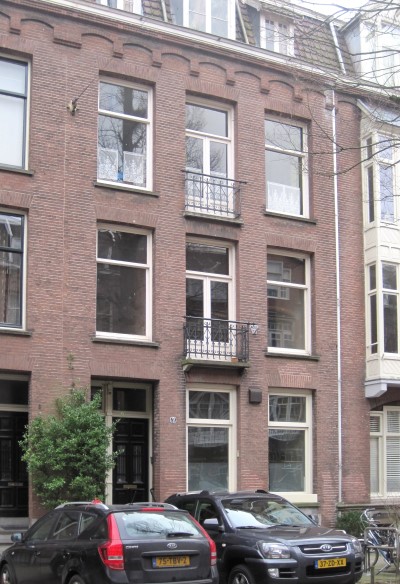 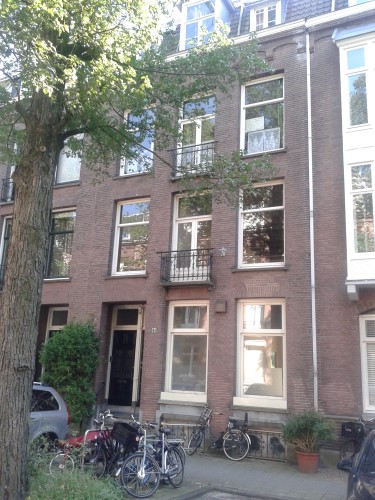 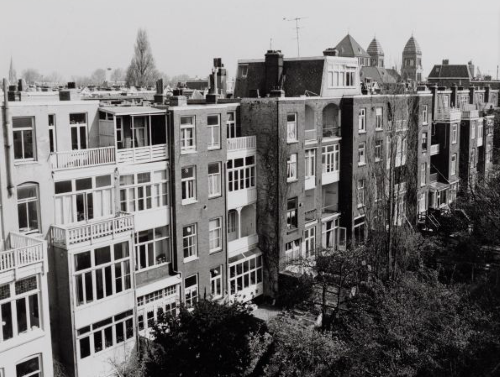 Amsterdam. House Diepenbrock. Back side; with Castellinarium. 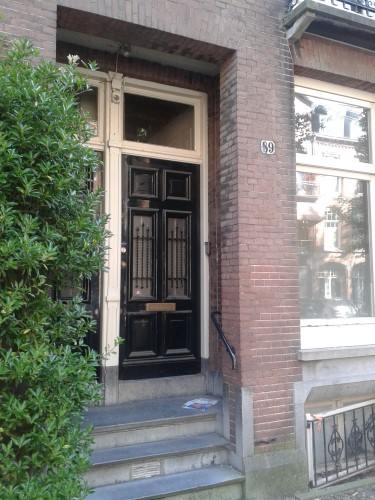 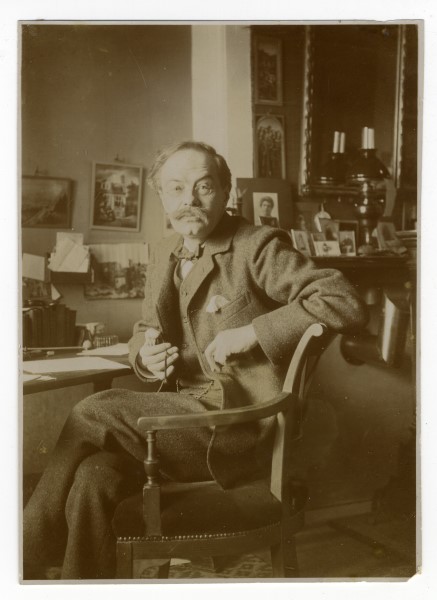 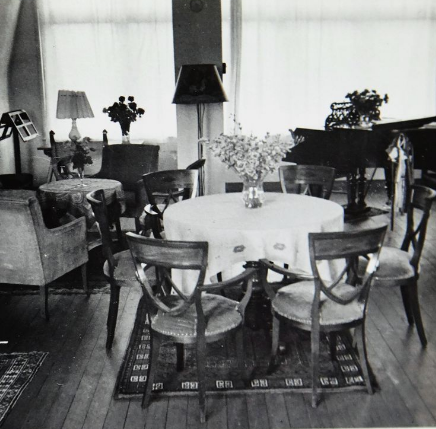 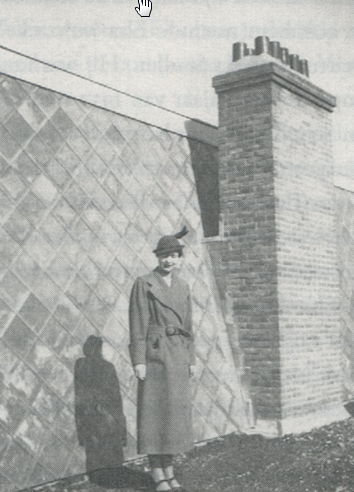 Thea Diepenbrock (1907-1995) on the roof of House Diepenbrock in front of the Castillinarium. 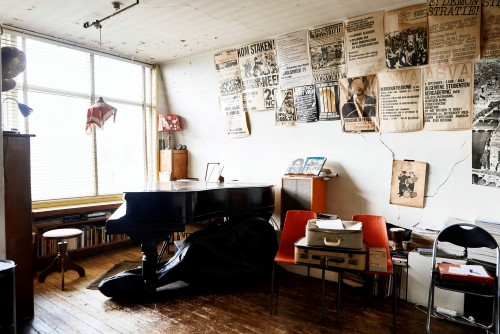