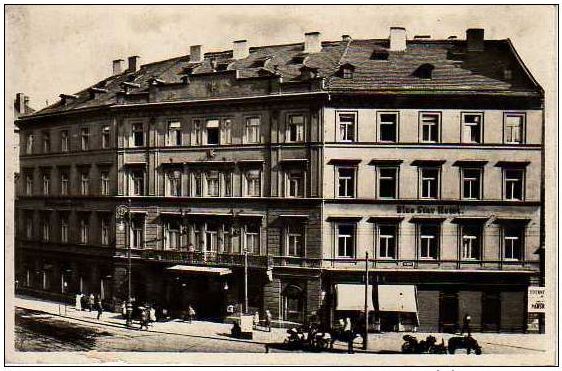 Frederic Chopin had a house built near this location where he lived from 1829 until 1830 (left).

Situated opposite the Power Tower, on the corner of Na Prikope and Hybernska streets. The Blue Start Hotel was erected in 1846 and became one of the city’s more popular hotels. Hector Berlioz (1803-1869) and Frederic Chopin (1810-1849) also stayed in this hotel.

In 1941 immortalized in the Czech film The Blue Star Hotel. 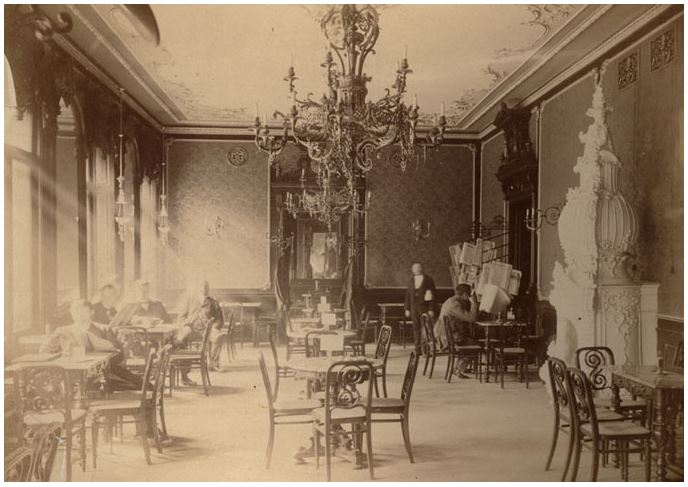 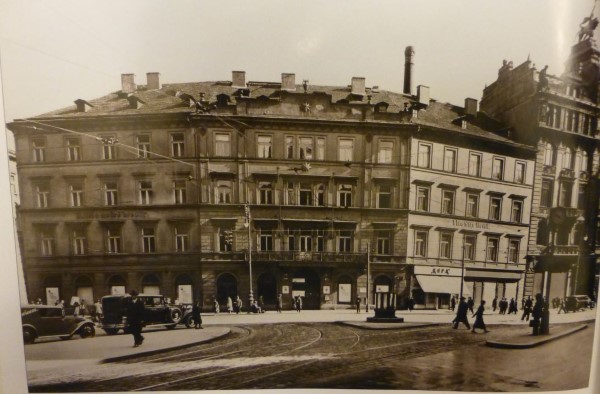 1934. Hotel Blue Star (right). Note: The name of the hotel is in English on the facade. 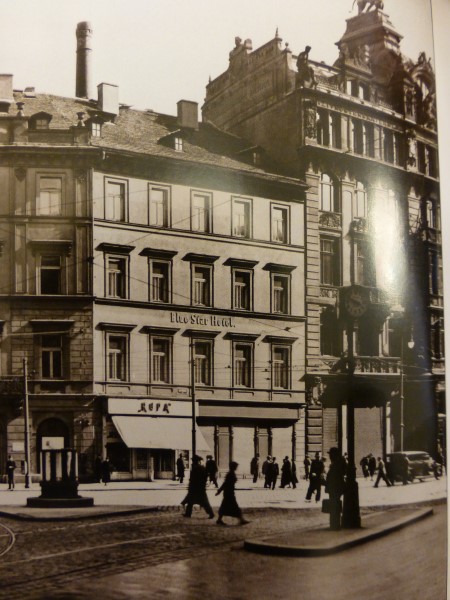 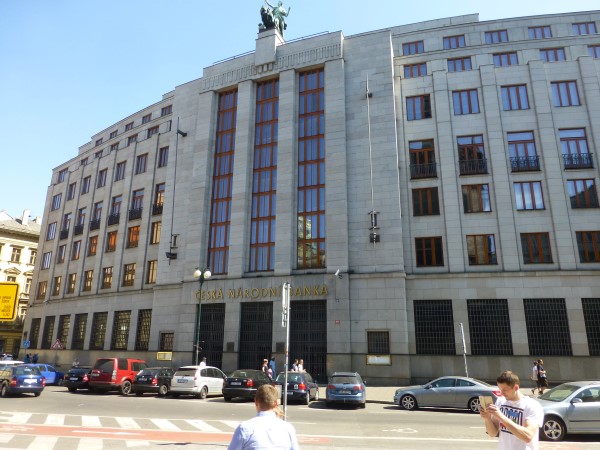 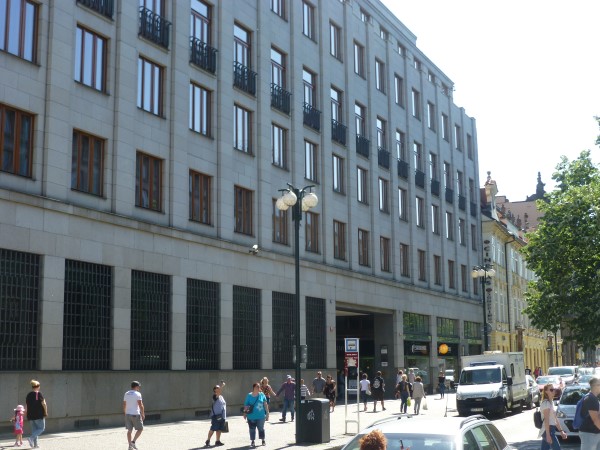