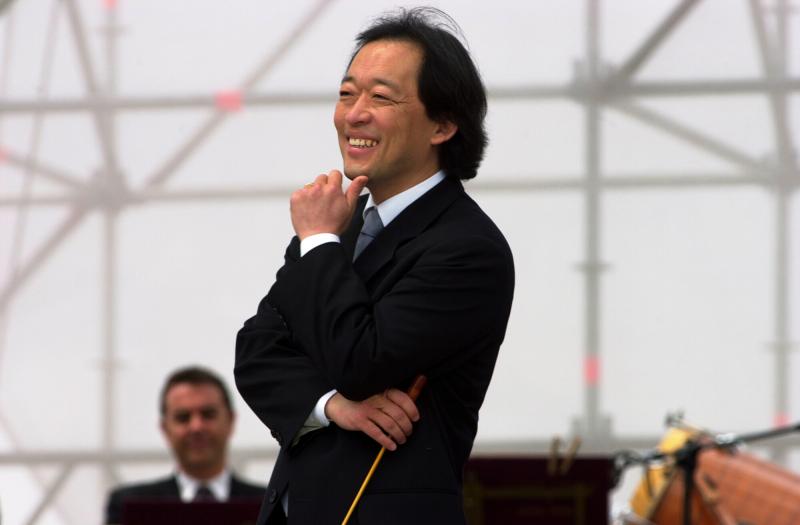 20-02-2019: At the Mahler Festival 2020 Amsterdam conductor of the Amsterdam Royal Concertgebouw Orchestra (RCO) in two concerts:

Myung-whun Chung is a South Korean conductor and pianist. A student of Olivier Messiaen, he is particularly known for his interpretations of the French composer’s works.

At one time he and his sisters, violinist Kyung-wha Chung and cellist Myung-wha Chung, performed together as the Chung Trio. He was a joint second-prize winner in the 1974 International Tchaikovsky Competition. Chung studied conducting at the Mannes College of Music and the Juilliard School. He also studied piano with Maria Curcio, the last and favourite pupil of Artur Schnabel. Chung was an assistant conductor at the Los Angeles Philharmonic during the music directorship of Carlo Maria Giulini and founder of the Asia Philharmonic Orchestra. He was also a guest conductor for the Inbal Orchestra, which was established in 1985 in honor of the Israeli conductor Eliahu Inbal.

In Europe, Chung was chief conductor of the Rundfunk-Sinfonieorchester Saarbrücken from 1984 to 1990. He was principal guest conductor of the Teatro Comunale Florence, from 1987 to 1992. He has conducted many of the prominent European and American orchestras and made his debut at the Metropolitan Opera in New York in 1986 with Simon Boccanegra.

At the end of the 1987/88 seasons, he received the Premio Abbiati Award from Italian critics, and the following year the Arturo Toscanini prize. From 1989 to 1994, Chung served as the Music Director of the Paris Opera. He opened the inaugural season at the new Opéra Bastille with Berlioz’s complete Les Troyens and received highly praised reviews from the music circle. 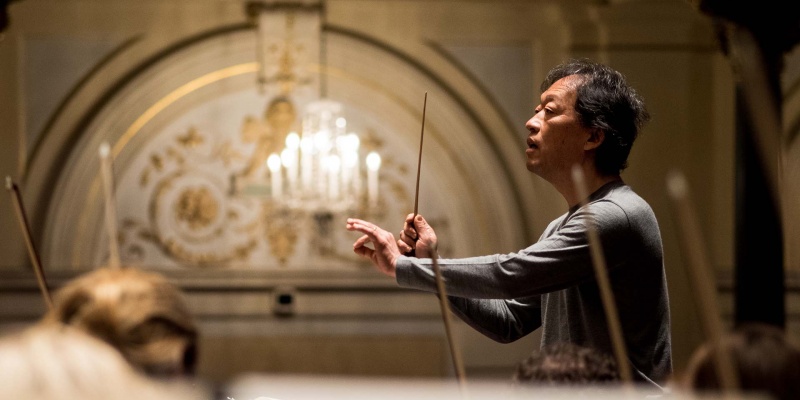 In 1991, the Association of French Theatres and Music Critics named him “Artist of the Year” and in 1992 he received the Legion of Honour for his contribution to the Paris Opera. An exclusive recording artist for Deutsche Grammophon since 1990, many of his numerous recordings have won international prizes and awards. These include Messiaen’s Turangalîla-Symphonie and Éclairs sur l’au-delà…, Verdi’s Otello, Berlioz’s Symphonie fantastique, Rimsky-Korsakov’s Sheherazade and Stravinsky’s Firebird Suite, Shostakovich’s Lady Macbeth of Mtsensk with the Opéra Bastille Orchestra; a series of Dvo?ák’s symphonies and serenades with the Vienna Philharmonic, a series dedicated to the great sacred music with the Orchestra dell’Accademia Nazionale di Santa Cecilia, including the award-winning recording of Duruflé’s and Fauré’s requiems with Cecilia Bartoli and Bryn Terfel.

In 1995 he was honoured three times at the French Victoires de la musique classique, and was also named Meilleur Chef d’Orchestre de l’Année (best conductor of the year). He directed the world premiere of Messiaen’s last work: the Concert à quatre for four soloists (piano, cello, oboe, flute) and orchestra, which the composer had dedicated to Chung and the Orchestre de la Bastille.

He became Special Artistic Advisor of the Tokyo Philharmonic Orchestra in 2001, Honorary Conductor Laureate from 2010, and Honorary Music Director from 2016. He was awarded the highest Record Academy Prize by Japanese critics following his performances in Japan. In addition to being awarded numerous music prizes, Chung has also been honoured with Korea’s most distinguished cultural award, the Order of Cultural Merit or Geum-gwan Medal (Gold Crown) ???, for his contribution to Korean musical life and was named “Man of the Year” by UNESCO. He served as Ambassador for the Drug Control Program at the United Nations and was Korea’s Honorary Cultural Ambassador, the first in the Korean government’s history.

In 2005, Chung became Principal Conductor of the Seoul Philharmonic Orchestra. In April 2011, the Seoul Philharmonic became the first Asian orchestra to sign a major-label record deal, committing to make 10 CDs for Deutsche Grammophon. Chung led the orchestra in its first performance at The Proms in August 2014, In September 2011, Chung made a cultural breakthrough visit to Pyongyang, North Korea, returning with an agreement to form an orchestra made up of musicians from North and South Korea.