Skip to content
Mahler FoundationMahlerCompositions(1911) Symphony No.10 in F#Movement 1: Adagio

The very opening of the symphony (which is in the key of F-sharp major) maintains a connection with the final movement of the Ninth. A long, bleak Andante melody for violas alone leads to the exposition of the slow first theme in the strings. This theme is developed and another, lighter theme is exposed. The music dies away and the violas repeat the opening theme.

With slight variation, the opening adagio is repeated and developed in a growing intensity. This also soon dies away, leaving several variations upon the more light second theme. This works up to the climax: an extremely powerful variation upon the first theme. This intense restatement culminates in a terrifying dissonance. The music after this massive outburst becomes very quiet and does not suggest any resolution to the darkness of the climax. 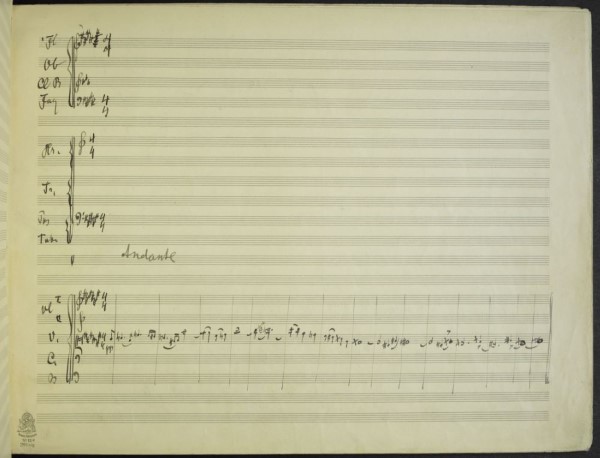 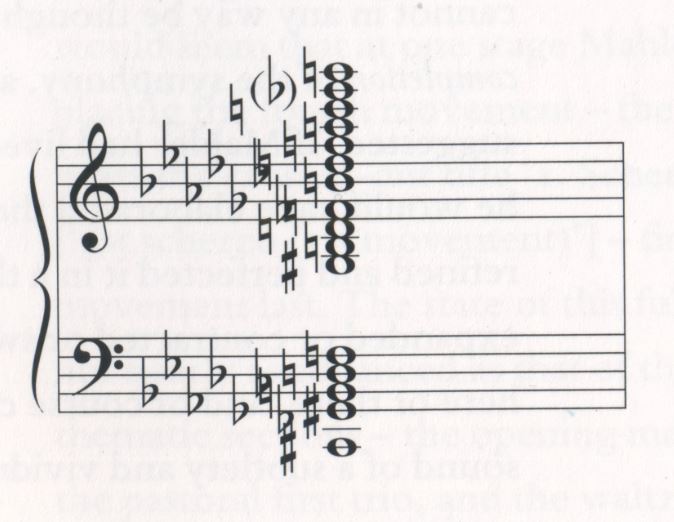 Movement 1: Adagio. Cord. Between figures 27 and 29 in the score. This cord represents a concentrated and massive accumulation and expression of tension which in earlier symphonies Mahler only achieved by means of whole contrasting sections leading to a powerful climax (cf. the first movement of Symphony No. 9, Movement 1: Andante comodo). Here, so to say, we have the extreme climax without the crecendo. It is a new economy, a new intensity, a radical compression of musical time.